“Why do people want to kill each other?” Addressing conflict in Malek, South Sudan

Communities, with support from Saferworld and partner Church and Development (C&D) played a critical role in de-escalating tensions in Malek, South Sudan, bringing over 2,500 people together to find a solution to resource-based conflict.

The majority of the Longar and Akuei sub-clans of the Gualla community in South Sudan are pastoralists and rely heavily on grazing land and water for their animals. In 2017, a decree was issued to replace the country’s existing 10 states with 32 new ones. With the establishment of the new states, the resource rich area of Matok, in the village of Malek – around 19 kilometres south of Bor – became off limits for the Longar clan and tensions flared with the Akuei over restrictions on access to these resources – vital for the livelihoods of both groups.

Young people from both clans took up arms in a show of territorial defence. Forces from the Sudan People’s Liberation Army (SPLA) responded rapidly and tried to defuse the situation but the army was outnumbered and unable to calm the tensions – resulting in a three day stand-off between the two clans with communities caught in the middle. Eventually community elders stepped in and, after some time, managed to convince the youth on both sides to stand down and talk things over.  But the potential for violent clashes remained. 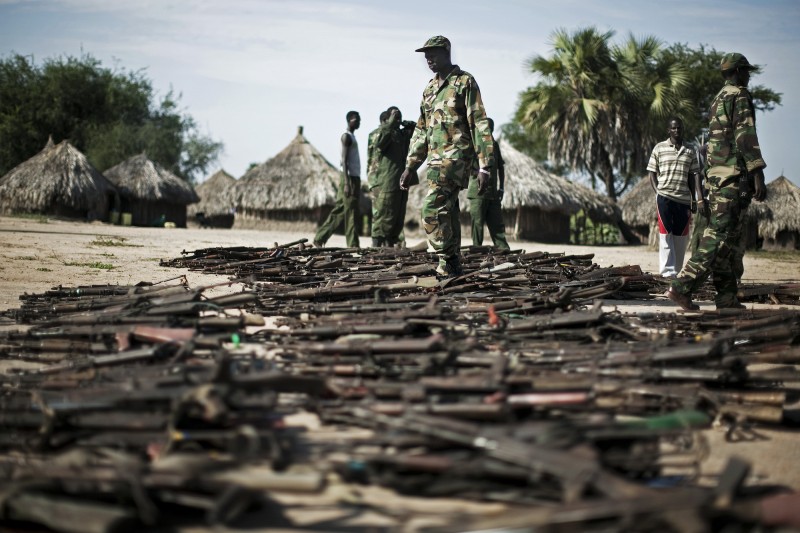 Community groups – a platform for peace

Together with its partner C&D, Saferworld has been working in the Malek area since July 2017. We support a community group of 30 people to meet regularly to discuss the security concerns of the community and lead on finding solutions.

The stand-off between the Longar and Akuei clans became a major concern of the community group. They suggested that a dialogue between the clans could de-escalate the situation. After three weeks of negotiations between the two clans, community leaders and the armed youth finally agreed to attend a three-day dialogue meeting – organised by Saferworld and C&D in collaboration with local and state authorities.

The meetings needed significant and sensitive planning to ensure the diversity of voices from the whole Gualla community were heard. Twenty intellectuals from the capital Juba, whose participation was considered essential as they can directly affect the action of community members through their influence, required transport to Malek. This was a huge challenge given the fragmented transportation system in South Sudan and the costs associated with air travel – the only safe means of travelling in the region.

Sensitivities were thought through carefully and Saferworld and C&D had to ensure that they went through organised structures to coordinate the meetings. These constraints caused the meetings to be postponed twice and delayed the dialogue process. 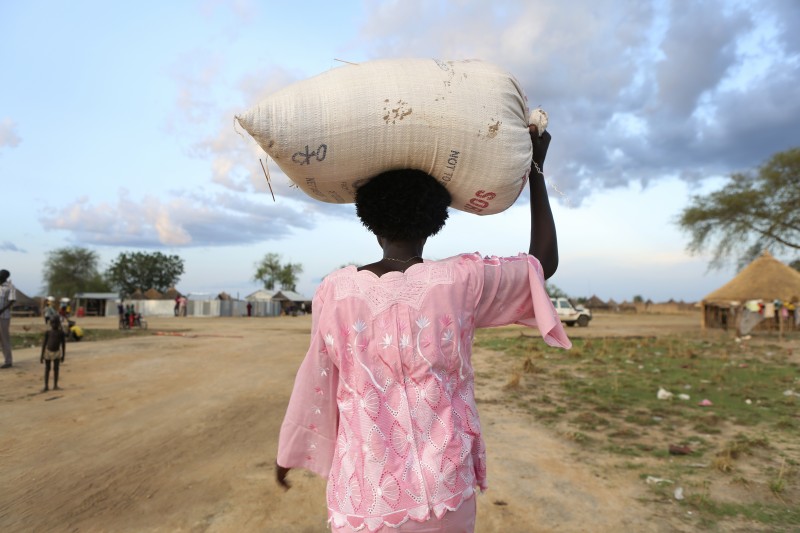 After a prolonged process of planning and mobilisation, the meetings were held in a local church. The attendance was overwhelming. “People just kept coming in”, said Diing Kuir, Saferworld’s project coordinator in Bor. Around 2,500 participants, including women, young people, army commanders and religious leaders attended the meetings.

The state governor, Phillip Aguer, kicked off the proceedings and wanted to get to the heart of the conflict. “Why do people want to kill each other?” he asked. This opened the floor for discussions and the sub-chiefs, representing the feuding clans, expressed their thoughts on the potential drivers of the tensions.

With a focus on people-led reconciliation, the sub-chiefs were then asked to list their grievances and what they felt needed to be done to address their concerns. After a day of deliberation, the grievances were critically examined and ideas were presented from across the community.

People were optimistic after the first day of the meetings, epitomised by Mayom Malaak, paramount chief of the Gualla community, “the Gualla community has for many years lived in peace, as one people. We can show that we can resolve our differences through dialogues like the one we are holding now.”

A road map for reconciliation

On day two, community members presented the issues that they thought were causing disputes among themselves. These included remarks accusing intellectuals of siding with their respective clans, rather than taking an unbiased approach to resolving issues.

The deputy governor of the state demanded that the two sub-clans take significant action: “I urge you to demonstrate that great harmony that you once lived in, through this dialogue”. By the third day, considerable progress had been made. The Longar and Akuei sub-clans had committed to living together in the new administrative units and sharing the area’s rich resources. “We have a number of issues affecting our communities and we will work with our community leadership and local authorities to address these issues”, vowed Bior, a youth leader of the Gualla community.

Both groups signed up to resolutions which would act as a road map for settling conflict in the wider city of Bor. The Gualla community as a whole committed to settle future disputes peacefully and asked for further support – from Saferworld, C&D and the South Sudan Peace Commission – to empower people to build peace in their communities.

Despite positive signs of cooperation, the bishop of Kongor Diocese, Right Reverend Gabriel Thuch Agoth, highlighted the need for these meetings to create a legacy of peace and understanding: ‘community members need to forgive each other if any agreement between the parties is to last.’