Keeping girls’ education high on the agenda in Kyrgyzstan

Women and girls in southern Kyrgyzstan fight against prohibitive gender norms that prevent them from going to school. We spoke to Nishanova Dilnoza, a 20-year-old student in Yrys, to find out more about girls’ education in the region and what she is doing to help the women in her community.

In some conservative communities in southern Kyrgyzstan, girls regularly finish their education as early as 15 years of age. Yrys ayil okmotu is one of these communities in the Jalalabad region, where girls often drop out of school due to a variety of both deep-rooted and contextual factors such as prejudice, gender norms, corruption, religion, traditions or even a lack of information about tuition-free state education programmes. Gender norms in these communities, linked to local traditional and religious norms, often view women as belonging to the families into which they marry. Therefore parents are usually less interested in investing in their daughters’ education. As a result of staying home, these women can also feel isolated and may have no way to find out about education programmes or other benefits of schooling.

“Most of my female classmates were forbidden to continue their higher education in universities,” said Nishanova. “This is because their parents decided that they should stay at home, get married and learn how to manage the household. Restricting higher education for girls and women is often linked to early marriages and is a widespread problem in Yrys, like in most conservative or religious communities nowadays.” 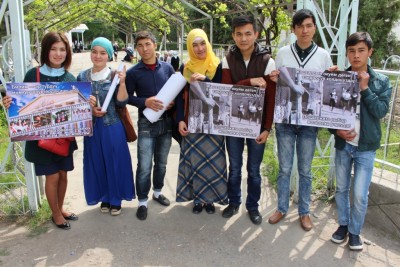 Nishanova is a ‘Youth Ambassador’ with whom Saferworld and local partners Foundation for Tolerance International (FTI) and Liberal Youth Alliance (LYA) have been working in the region. This work has involved training and increasing the capacity of these ambassadors to identify security concerns in the community and come up with solutions to address them. In their assessments, early marriages were identified as a priority concern, as the ambassadors felt they were linked to a lack of higher education in women and girls as well as other security concerns that might affect girls, such as domestic violence. They found that girls were often forced into marriage at a young age because parents believed that investing in their education would be a waste of time and money due to a lack of opportunities for work. Husbands were often seen as the best alternative to provide for their daughters, and so early marriages were arranged.

Nishanova said that the project has helped to raise awareness of the importance of girls’ education. “The aim of the initiative was to explain to parents the importance of women’s education. We organised information-motivation meetings about the benefits of higher education for girls, with prominent women leaders in three locations, and arranged two excursion tours both for parents and youth to universities located in Jalalabad. These were meant to be informative sessions outlining available tuition-free state education programmes and social benefits in universities. We also invited religious leaders to clarify to the parents that Islam does not forbid women’s education.”

The results have been positive. Before, many parents perceived universities to be corrupt institutions that would require heavy bribes for entrance.  As a result they would prioritise their sons rather than daughters when working with a limited family budget. However, Nishanova said that many of the parents changed their minds after they heard from the female leaders. Some of them even allowed their daughters to take the university entrance exams after learning about tuition-free state education programmes on their excursions. 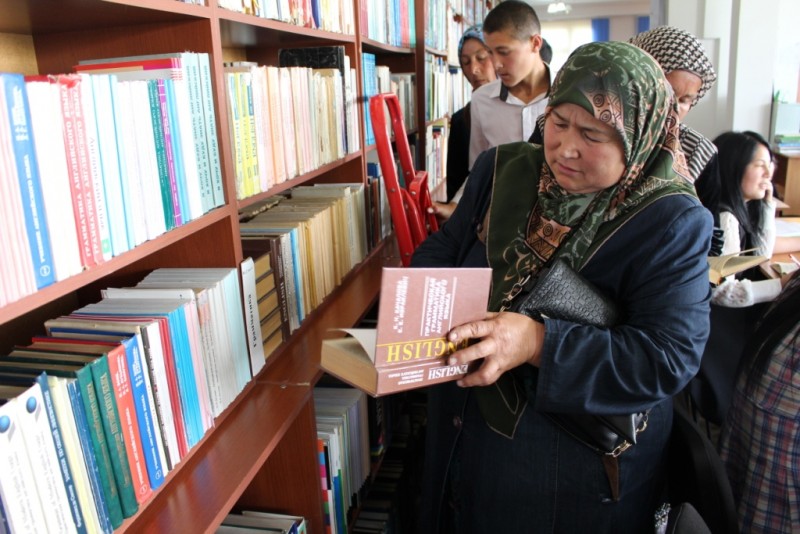 “Working on this has made me feel really good, because we had kept silent on these issues for many years. I feel strong and confident enough to speak up about security issues facing women in my community and challenge gender and social norms. Security issues affecting women are a key part of the entire community security approach, because gender-sensitive strategies make the process inclusive and respond to security needs of everyone involved. I was leading a team of both men and women for this campaign, and I realised that the men also considered me to be a leader.”

Nishanova said that in the beginning she was worried about being misunderstood by the community when leading such a sensitive campaign. “But later I persuaded myself that it is always important to develop, to grow and to do the right thing. There is no need to give way only because you are afraid that people will judge you.”

Saferworld’s “Youth Ambassadors” project in Central Asia covers 24 communities in the south of Kyrgyzstan. The primary goal of the project is to promote youth leadership and inter-ethnic collaboration on security provision in Southern Kyrgyzstan. The project supports youth to move away from heated ethnic discourse by helping to develop ethnically diverse grass-roots activists into leaders, and supporting constructive cooperation between them, their communities and security providers. The main focus of this cooperation is on mutual security challenges and promoting inclusive policies and practices.

Find out more about our work in Central Asia.

Header image: Dilnoza presenting her project at a conference