From crime to youth leadership, young people in Mathare’s slum are turning their lives around and helping to build the foundations for a peaceful community.

“When you make it to 30 years old here, most of the young people believe you are old,” says Samuel Kiriro, a resident of Mathare, one of Kenya’s biggest slums and home to half a million people. “Most men die when they are 25 or 26 through drugs, health issues, or being shot by the police.”

Mathare is a short drive away from the hotels and shopping malls in Nairobi, but it couldn’t be further detached from the wealth and glamour of Kenya’s capital. For Samuel, it’s home. “I was born and raised here in Mathare.” Like many others in the slum, Samuel got caught up in fighting when he was younger and spent time behind bars. Since getting out, he has been fighting for the rights of young people.

Samuel is the founder of Ghetto Foundation, a community-based organisation – supported by Saferworld, Peace Brigades International and Mathare Social Justice Centre – working to develop the skills and knowledge of young people in building peace and protecting human rights in Mathare. It also works to connect young people in Mathare with educational, social and economic opportunities. “We call them ‘hard-to reach’ because they are young people who might have been caught up in crime before and are now reformed, or still might be involved in criminal activities,” says Samuel. 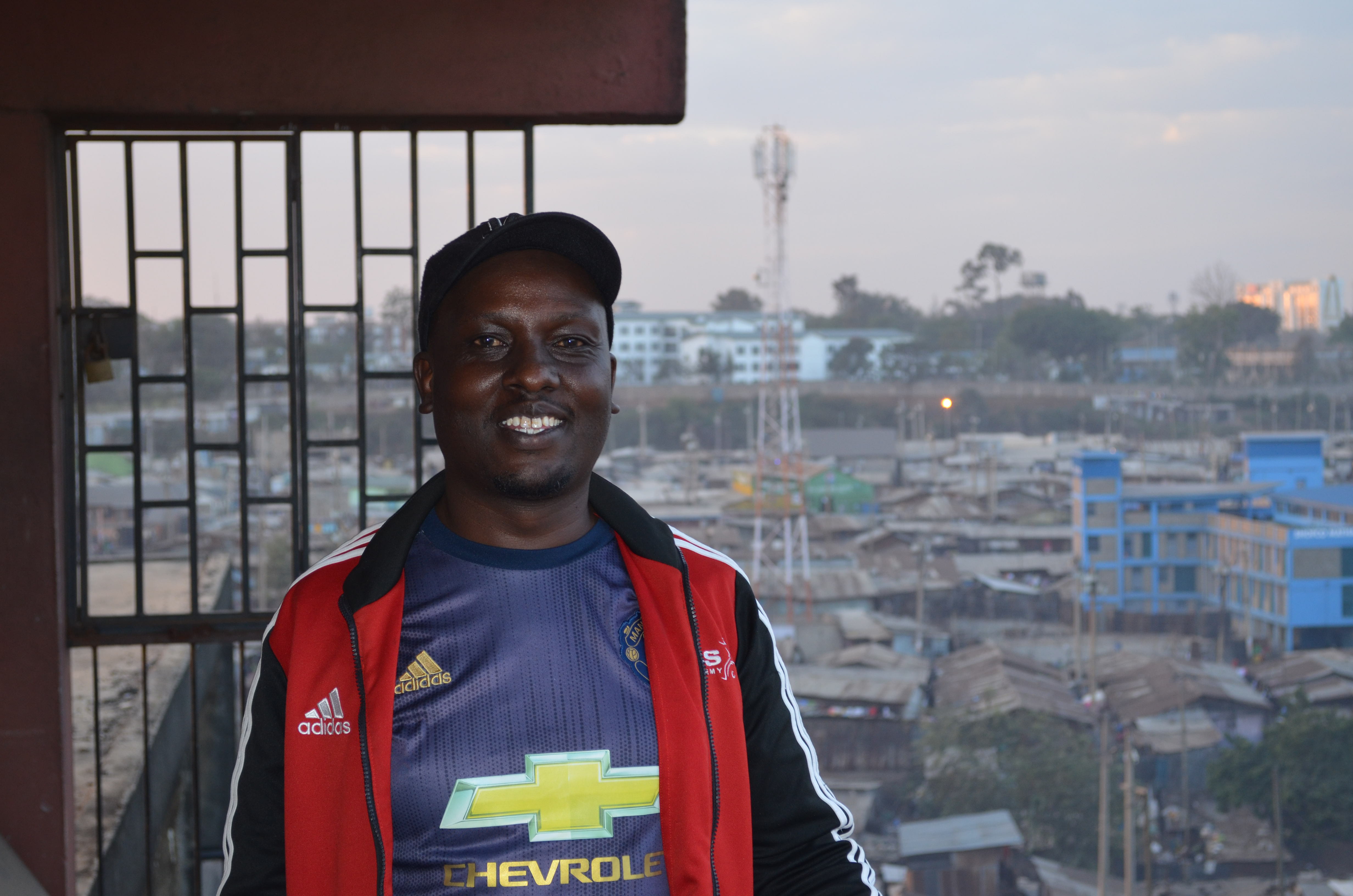 Samuel Kiriro, founder of Ghetto Foundation, outside the organisation's building in Mathare.

Young people* make up 70 per cent of the population of Mathare. They are often raised by a single parent and have few educational or employment opportunities. Many turn to crime to escape poverty and build a future for themselves. “Crime is real in the ghetto of Mathare, because this is the easiest employment that you can get,” says 26-year-old Tobias Orao, a volunteer for Ghetto Foundation. “It doesn’t need any qualifications.”

Alongside widespread crime, police harassment of young people in Mathare is also common, ranging from arbitrary arrests to excessive and unlawful use of force in the name of maintaining law and order. Such excessive force can lead to extrajudicial killings. Since August 2018, in Mathare and Nairobi’s Dandora neighbourhood alone, Kenyan police have shot dead at least 21 young boys who they suspected were criminals. But many human rights activists believe the number is much higher. “The issue of extrajudicial killings has become normalised here,” says Samuel.

Walking around in overcrowded Mathare, you can quickly get a sense of how the challenging conditions can easily turn to violence. Young people are in desperate need of a safe space to express themselves and be part of a community. Ghetto Foundation is one of the organisations that offers this. 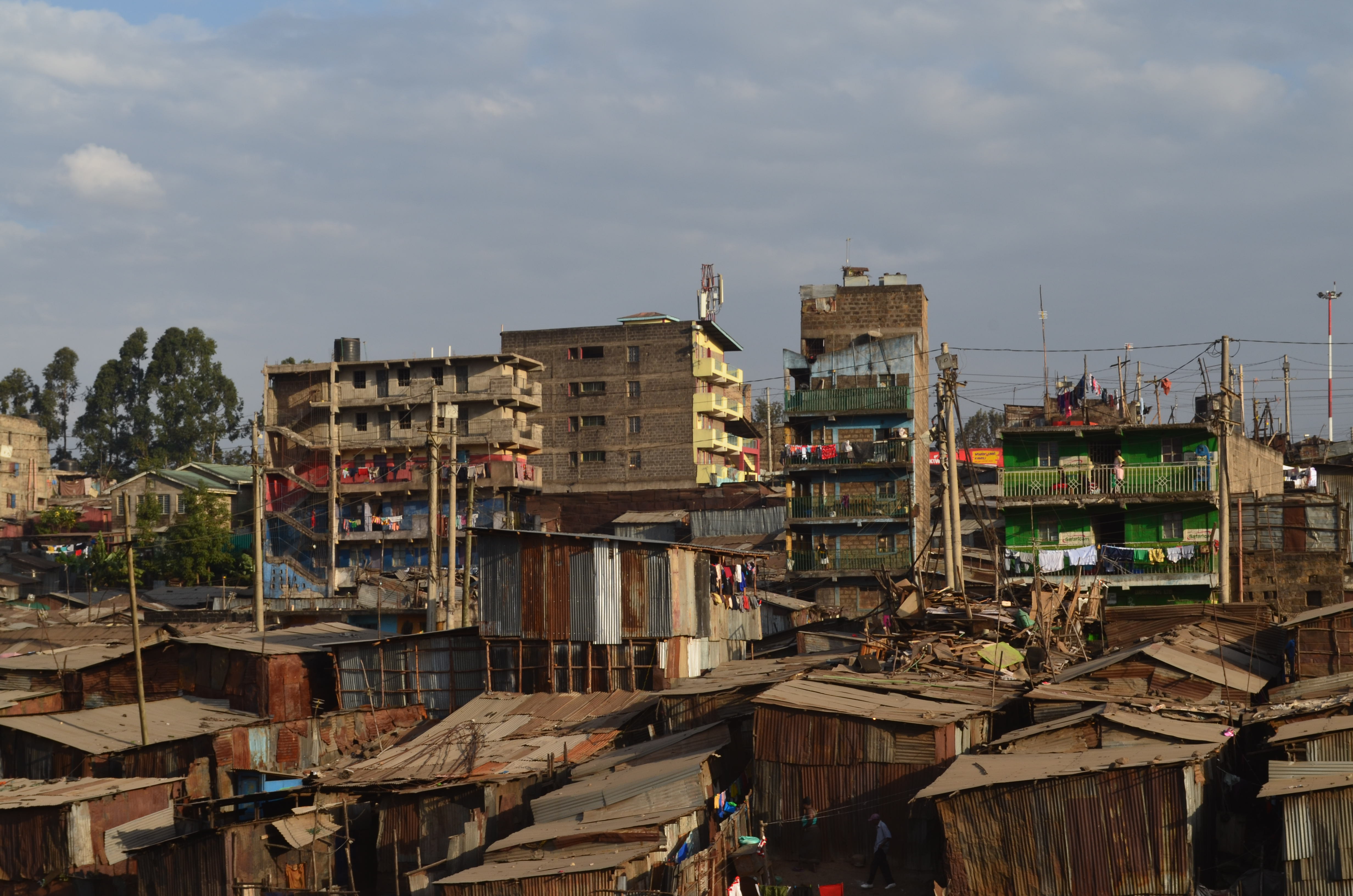 A foundation for the community

“The youths are the ones in danger; they are the ones who are active,” says David ‘Difeh’ Lichuma, 28. “Also, most of them are jobless. So Ghetto Foundation came to save those who are lost and empower them.”

Difeh was jailed in 2015 for violent robbery. He is a perfect example of the young people that Ghetto Foundation has reached out to. He is the co-founder of Ghetto Foundation’s ‘Generation Shapers’, an initiative that offers a chance for young people to meet up every Saturday and get involved in activities ranging from human rights classes to refuse clean-up campaigns across Mathare.

Generation Shapers not only offers a vital space for the many young people who come to its weekly sessions, but it also helps develop the leadership skills of Difeh and others who volunteer to make it happen. “We came up with the idea of Generation Shapers because all of the politicians say that the youth are the future generation, of which they are supposed to be mentors,” says volunteer Tobias. “But how can you mentor them without giving them opportunities? That’s where Ghetto Foundation and Generation Shapers come in.”

Tobias, one of many who has benefited from Samuel’s guidance, seems willing to take on the challenge. “It is upon us who are in the light to push the agendas that our affecting our community. I can see a bright future.”

Saferworld is working with two community-based organisations – Ghetto Foundation and Mathare Social Justice Centre – and with international organisation Peace Brigades International on the Ushirikiano Mwema kwa Usalam. The project is funded by the European Union and aims to enhance political and socio-economic justice, non-violent conflict resolution, good governance and rule of law in Mathare.