In Apada, food shortages and unemployment are fuelling conflict within communities. This story of change offers an insight into how one community action group is working to tackle the root cause of the problem and support peacebuilding through farming.

Apada is a town in the western part of Aweil, the capital of Northern Bahr el Ghazel state, South Sudan. The majority of its residents are South Sudanese returnees who came back from Sudan during the mass repatriation period around the time of South Sudan’s independence in mid-2011. Despite relative peace in the area since, the people of Apada have faced significant economic hardship as a result of drought and flooding. In recent years, insecurity has been exacerbated by unemployment and shortages of food staples such as sorghum and wheat, which has affected the ability of returnees to reintegrate into society.

Faced with these challenges, the Apada Community Action Group (CAG) – a group of volunteers in the community who work together to address peace and security issues, supported by Saferworld and our partner Community Initiative for Partnership and Development (CIPAD) – decided to address the issue. In a prior CAG meeting, members discussed nine recent cases of theft where women who work in the local market were attacked by men stealing food items. The CAG members realised that they couldn’t work on creating peace in Apada if people’s basic needs such as food were not met.

The women’s sub-cluster of the CAG, made up of 15 women most of whom are farmers, came up with a pilot project to encourage residents of Apada and Northern Bahr el Ghazel state to farm, so that the residents can produce more food to relieve the shortages while at the same time providing employment for residents. The project would also encourage cooperation between different ethnic groups, particularly Dinka and Luo communities who have a history of tension in Apada, and improve the reintegration process.

The action group, made up of 30 members split evenly between men and women, agreed in May 2020 to start their farming for peace and poverty reduction initiative. Members of the group chose to cultivate groundnuts (peanuts) instead of staple foods due to their value as a cash crop, meaning the produce can easily be sold to cover people’s daily expenses such as school fees, medical treatment or food costs.

CAG members worked hard for three months to raise around 45,000 South Sudanese pounds (345 USD) from donations to buy seeds and farming tools. “When the initiative began, it encountered bureaucratic problems arising from a lack of support from officials”, says Apada CAG chairperson, William Deng Dhan. They advocated for the government to provide arable land for them and after a long negotiation the government finally agreed to give them four feddans (a feddan is a unit of measurement, used in parts of the Arabic-speaking world, equal to 4,200 square metres). At the end of the season, the group harvested 27 bags of groundnuts, with each bag weighing around 100 kilograms. They sold their harvest for 16,000 South Sudanese pounds per bag, giving them 432,000 South Sudanese pounds (over 3000 USD) in total – almost ten times their initial capital. 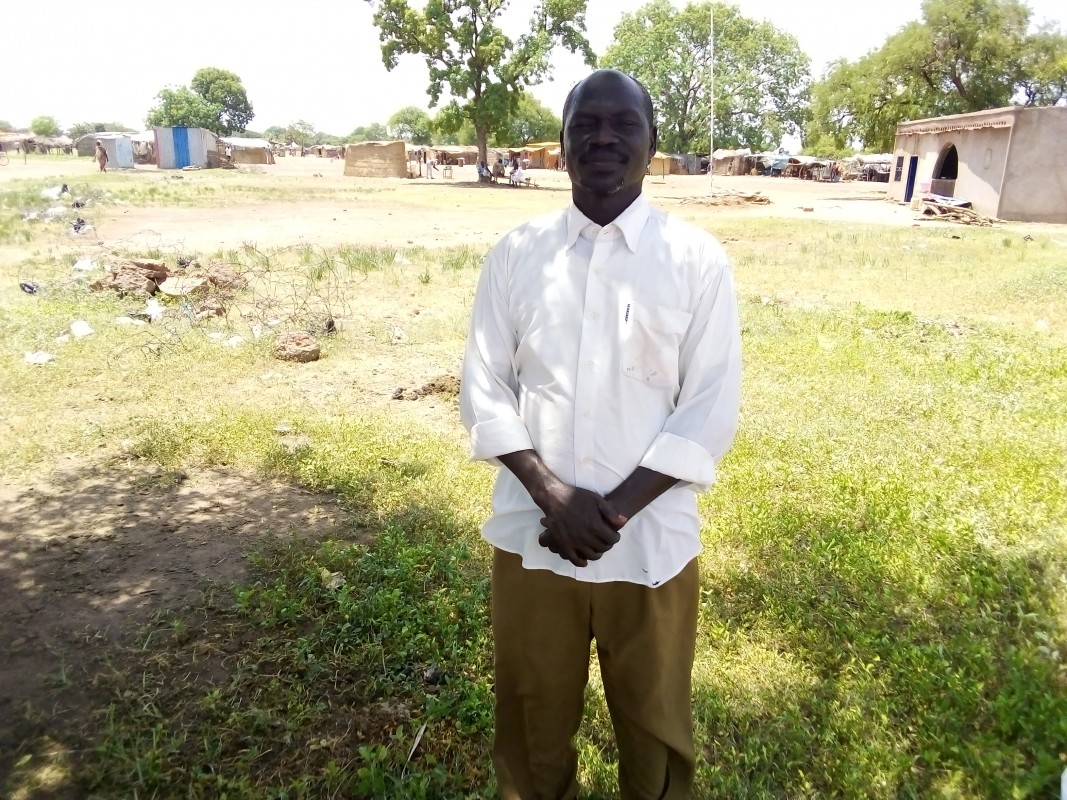 Now the group are looking to acquire more arable land to expand their farming project, but this land lies on the other side of a lake, and they do not currently have a boat which is required to access the land. There are challenges, but the pilot has proven to be successful and provides hope to members of the Apada CAG and the communities it supports. William says that this project has greatly helped him to cater to his older parents’ medical needs and provide food for his family. It has also helped the whole community create positive change.

During the harvest ceremony in October 2020, William also thanked Apada’s town leader, Paramount Chief Abaker Thalathin Dechak, for giving them permission to use the land. He urged the Paramount Chief to provide the group with more land for the action group to invite more people to join their farming initiative and produce more groundnuts this year. In response, the Paramount Chief promised to work closely with local government to secure more land for the CAG. The Paramount Chief also thanked Saferworld and CIPAD for supporting the CAG to build their skills and confidence for such projects, giving access to office space, providing internet access, and providing seed grants to start their activities. 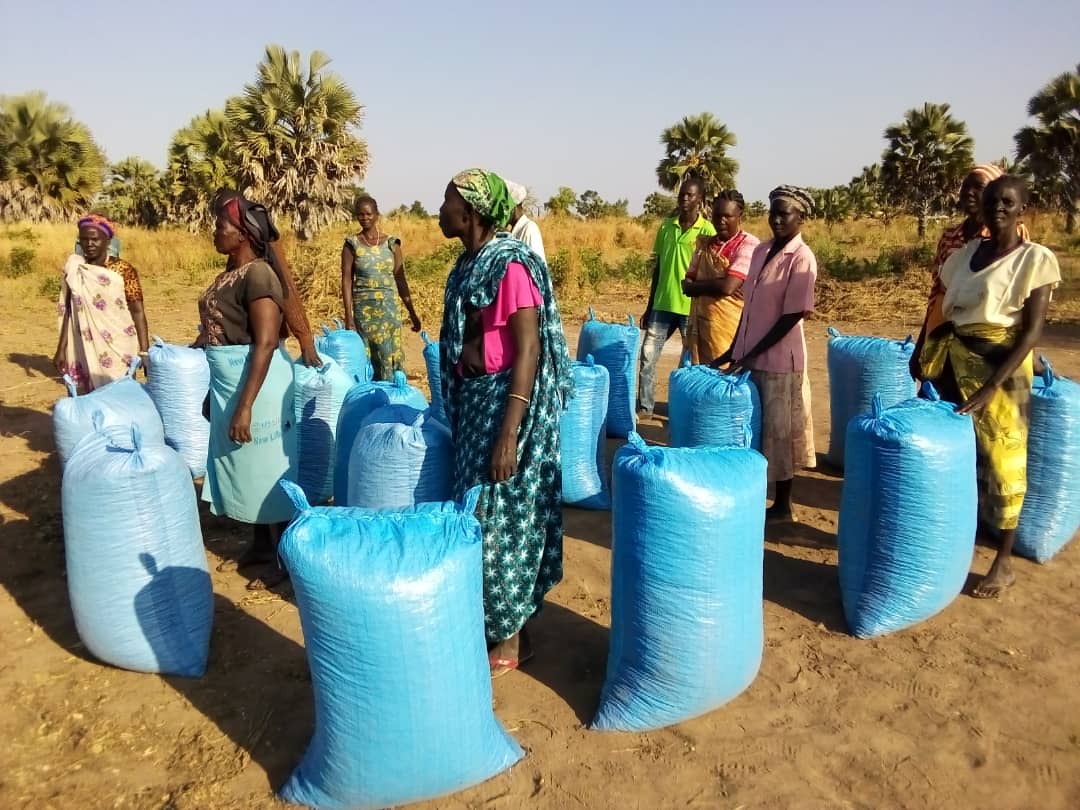 The women's sub-cluster with their harvested groundnuts.

In 2021, the women’s sub-cluster of the CAG continue to inspire other women in the community who are embarking on agricultural projects for income and the betterment of the community. The Paramount Chief has also secured land for more farming, creating a multiplying effect in Apada town.