In recent decades, global demand has transformed the prospects of many African states that are rich with natural resources – particularly oil and gas. From new motorways and railways to tiled villas and shopping centres catering for the growing middle classes, the image of a continent on the move is unmistakeable. But what does transformation look like in the rural margins, far away from Africa’s booming cities?

Precarious prospects tells the story of changing lives and livelihoods in Lokichar, a small town in Turkana County, and surrounding villages that are at the centre of northern Kenya’s oil frontier. Featuring the work of acclaimed photographer Sven Torfinn and images from Turkana-based Evans Otieno, the photostory captures changes in a locale whose fortunes have become inseparable from the highs and lows of the global resource economy. 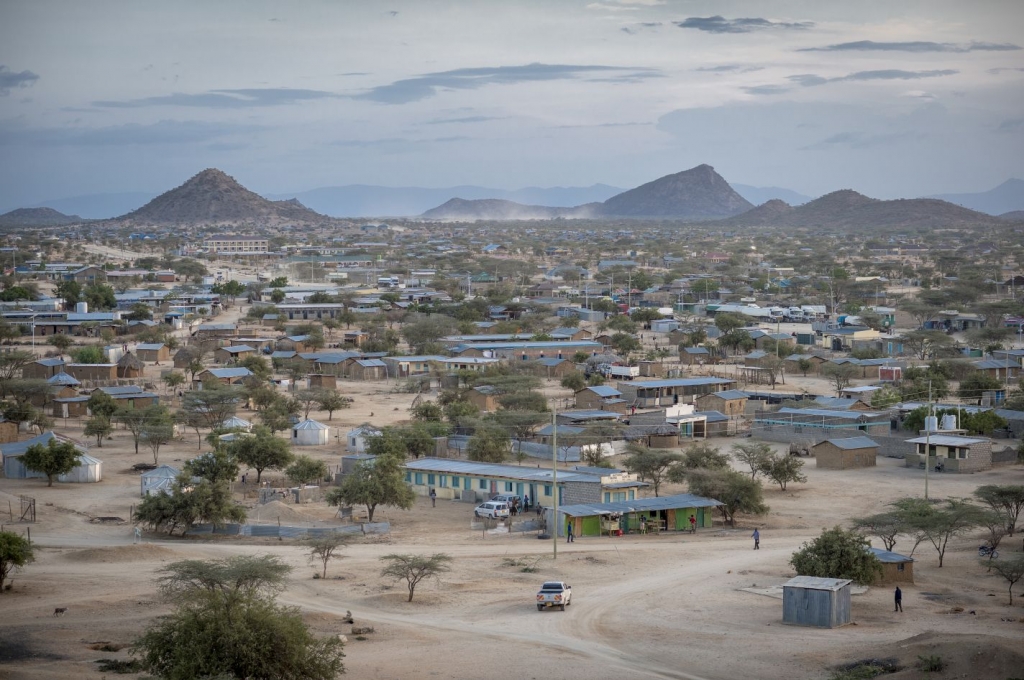 Dust rises from the crumbling remains of the A1 highway that bisects Lokichar Town. Connecting Turkana County to the rest of Kenya, the road’s neglect has become a powerful symbol of the region’s historic marginalisation in Kenya. Lokichar is the commercial and administrative centre of southern Turkana County, and the base of the region’s rapidly expanding oil operations. ©Sven Torfinn 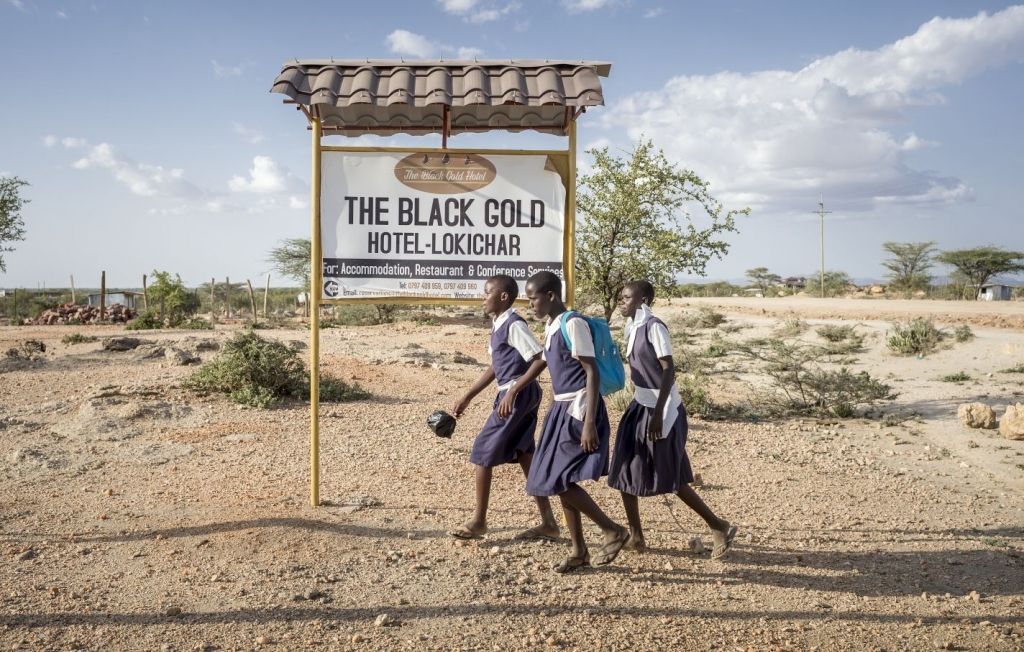 Schoolgirls walk past a sign for the newly-opened ‘Black Gold’ Hotel in Lokichar, a telling nod to the recent discovery of oil. Financed by the town’s local elite, the hotel and its new restaurant, bar and conference facility cater to contractors and other visitors drawn to the region’s new oil prospects. ©Sven Torfinn 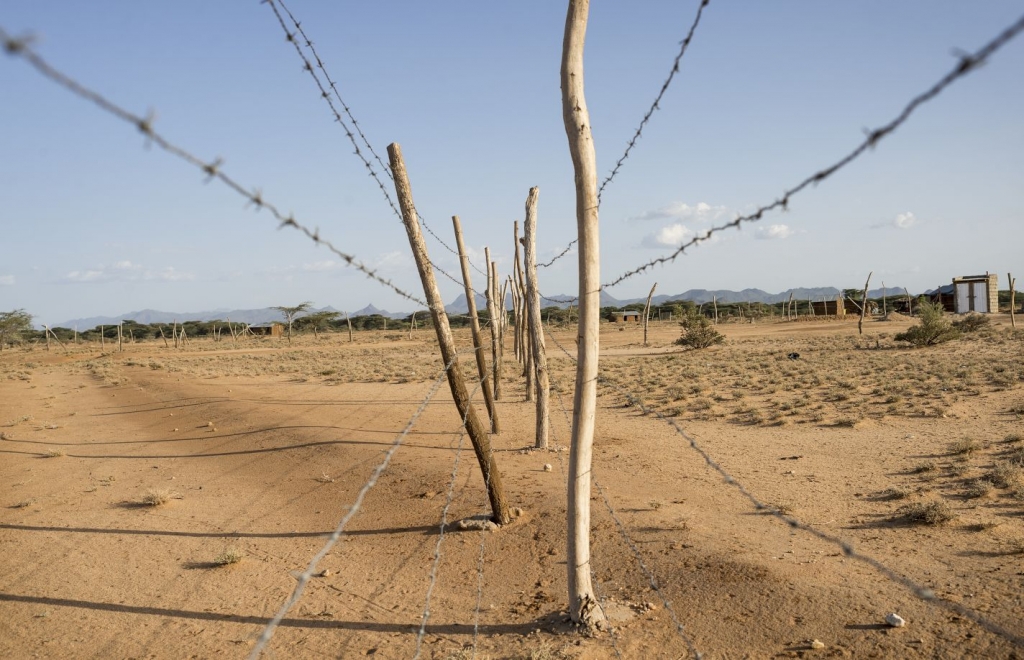 Speculation has driven up the price of land and housing in and around Lokichar, the largest town in southern Turkana. While by law land in the area is considered communal, a growing number of people are fencing off plots as newcomers put pressure on local resources. ©Sven Torfinn 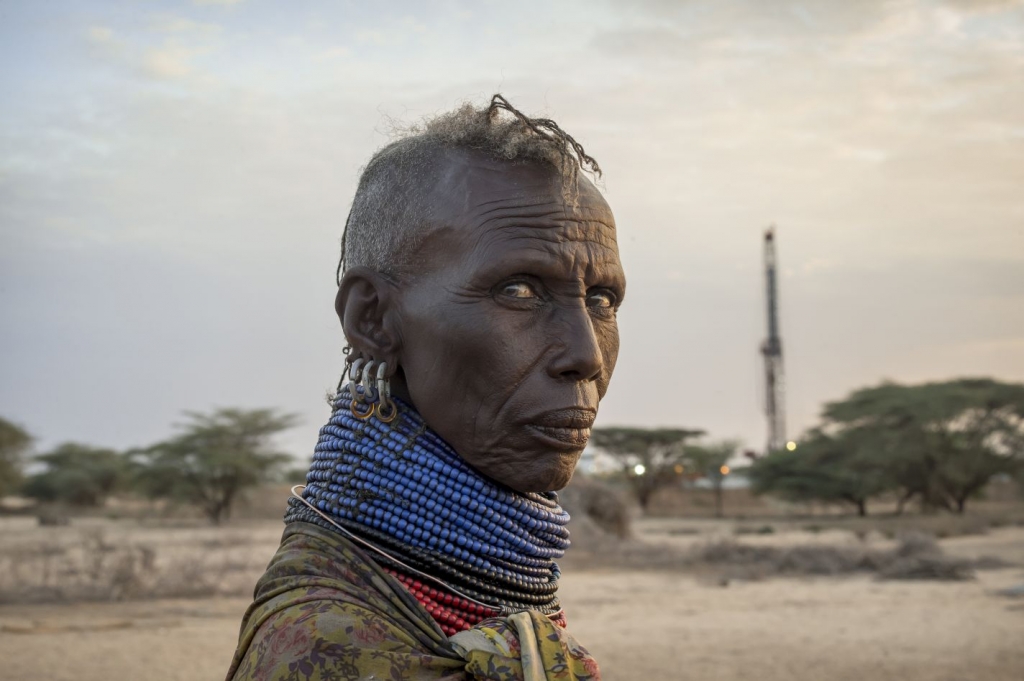 A herdswoman near an oil exploration rig north of Lokichar. Oil development has spurred considerable changes in and around Lokichar, including a fencing and construction boom, new opportunities for work and business and an influx of people from across Kenya. But most people have experienced few direct benefits. Turkana remains the poorest county in the country, with residents relying on livestock-keeping and a mix of opportunistic farming, charcoal burning and petty trade to survive. ©Sven Torfinn 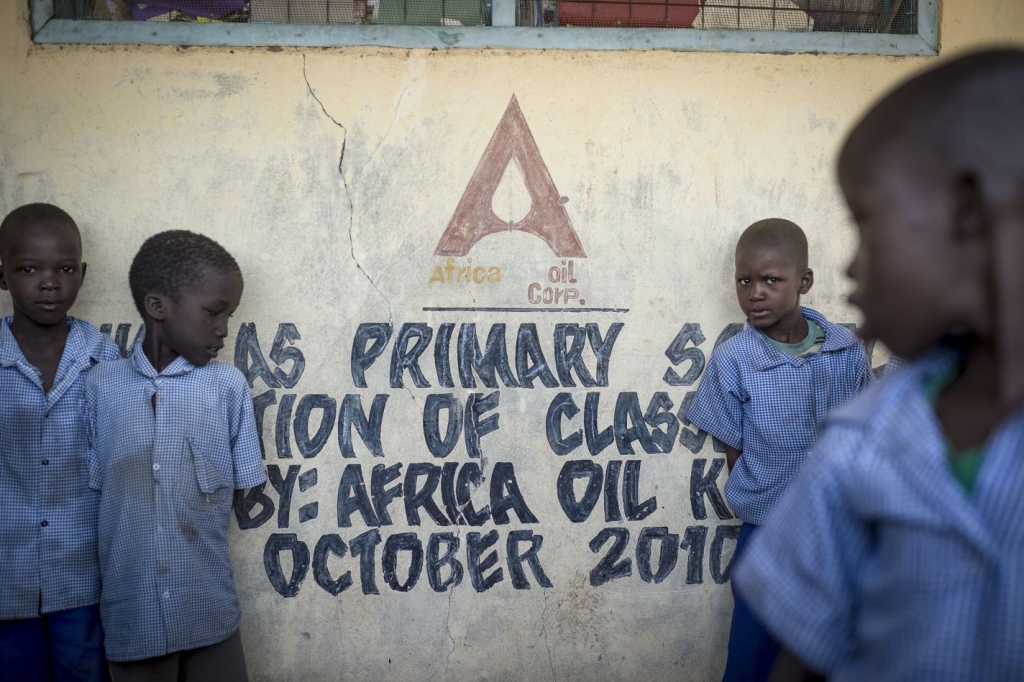 Children outside a primary school in Nakukulas, a village next to the Ngamia-1 oil well where London-based Tullow Oil first discovered significant oil reserves in 2012. Tullow and Vancouver’s Africa Oil have committed millions of pounds to social projects, building new classrooms and health facilities. While social projects are meant to win local support, oil operations have been hampered by a series of protests from 2013 over jobs, revenue sharing and other issues. ©Sven Torfinn 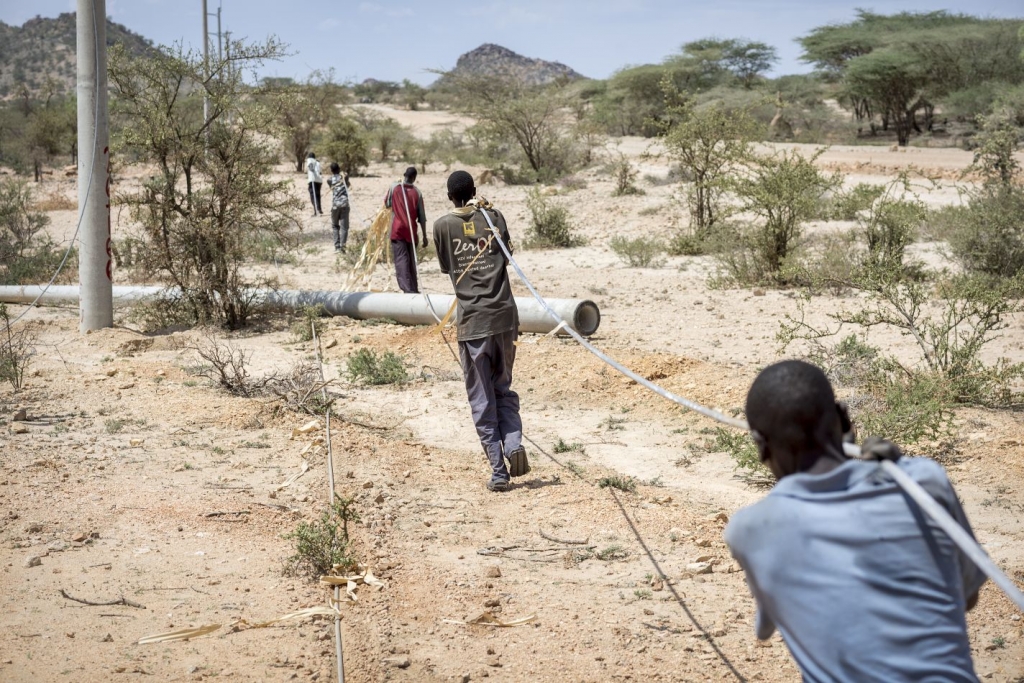 Workers drag cables across scrubland in the midday heat. A national electrification campaign commenced in 2013 but has been slow to reach Kenya’s remote north. In 2017, President Uhuru Kenyatta officially opened a diesel-powered sub-station in Lokichar. ©Sven Torfinn 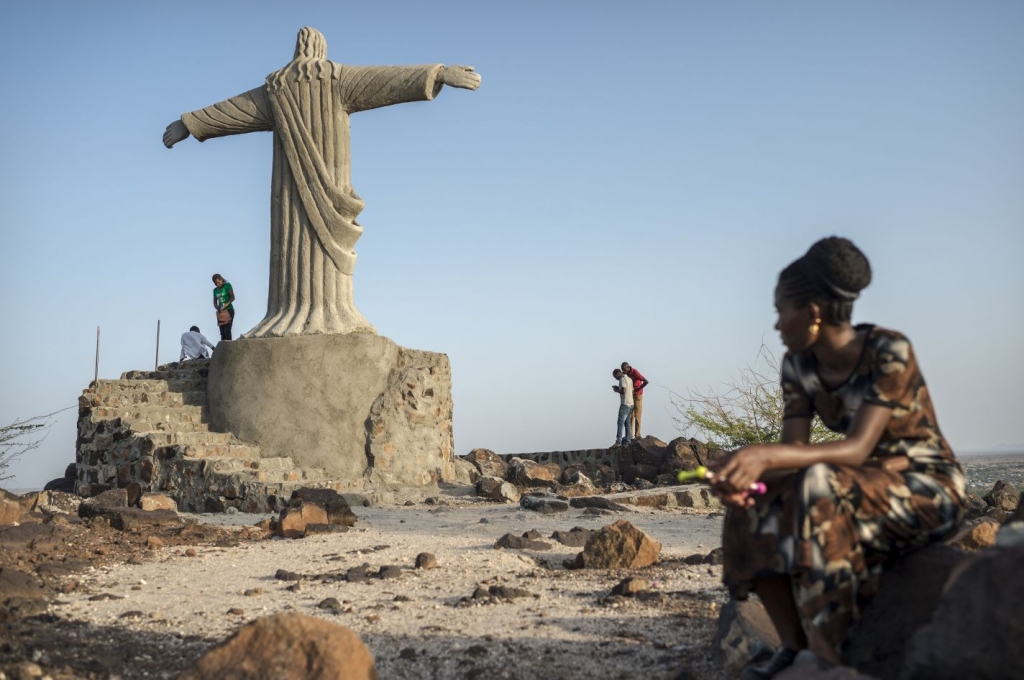 Christ the Redeemer overlooks the Turkana’s capital Lodwar from a hill on the town’s periphery. The establishment of a new county level government in 2013, as part of Kenya’s devolution process, and south Turkana’s new oil finds have contributed to complex social changes, diminishing the influence of the church and relief organisations over political and economic life. Many of Turkana’s leaders came to prominence through employment in international non-governmental organisations. Oil and county government are likely to give rise to Turkana’s next generation of leaders. ©Sven Torfinn 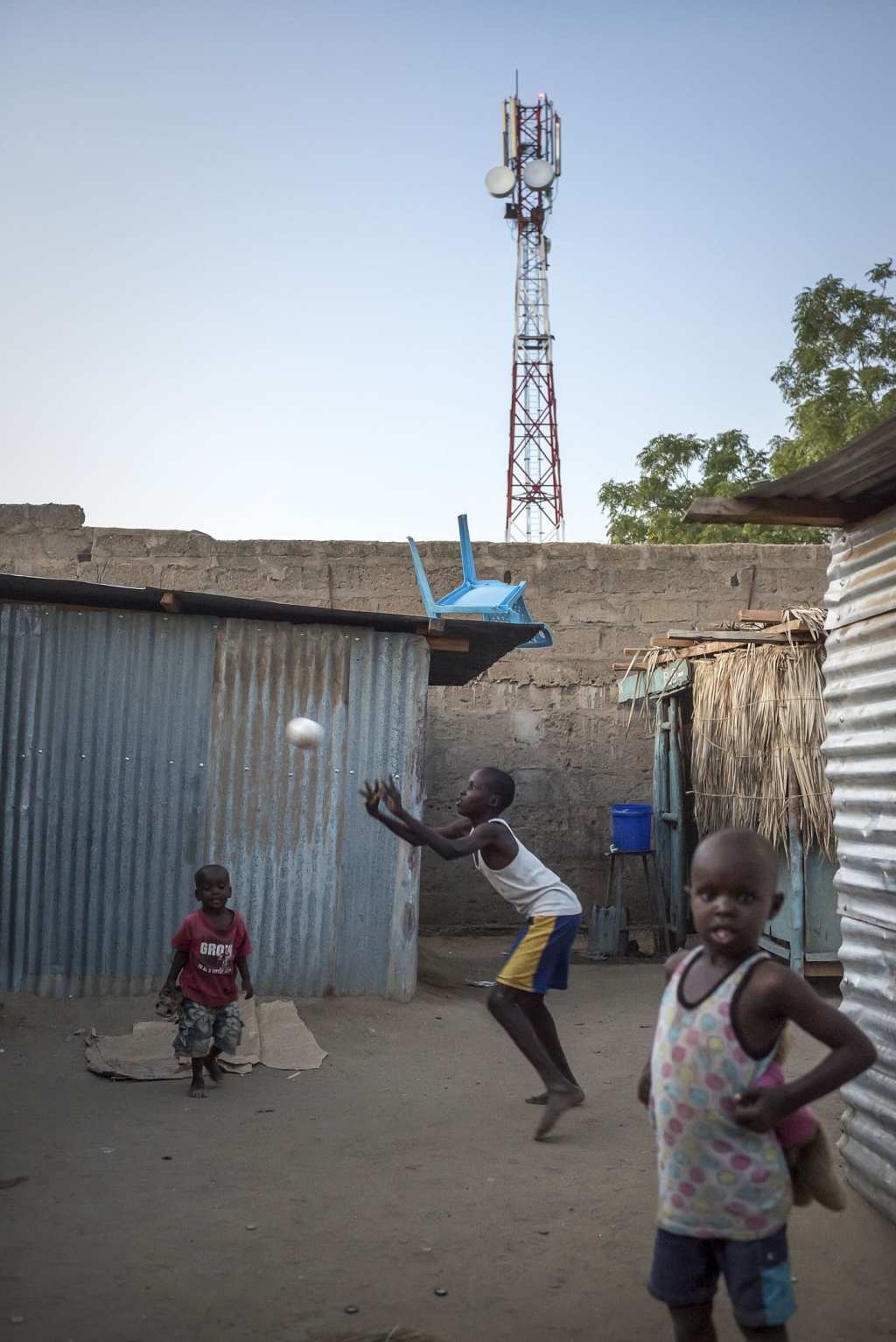 Children play in the yard of a bar under the gaze of a telecoms tower. Mobile phone coverage was introduced in Lokichar in 2007 and, like the rest of Kenya, phones have since become ubiquitous – a way of paying for goods, connecting to banking services, accessing news, and engaging with social media. ©Sven Torfinn 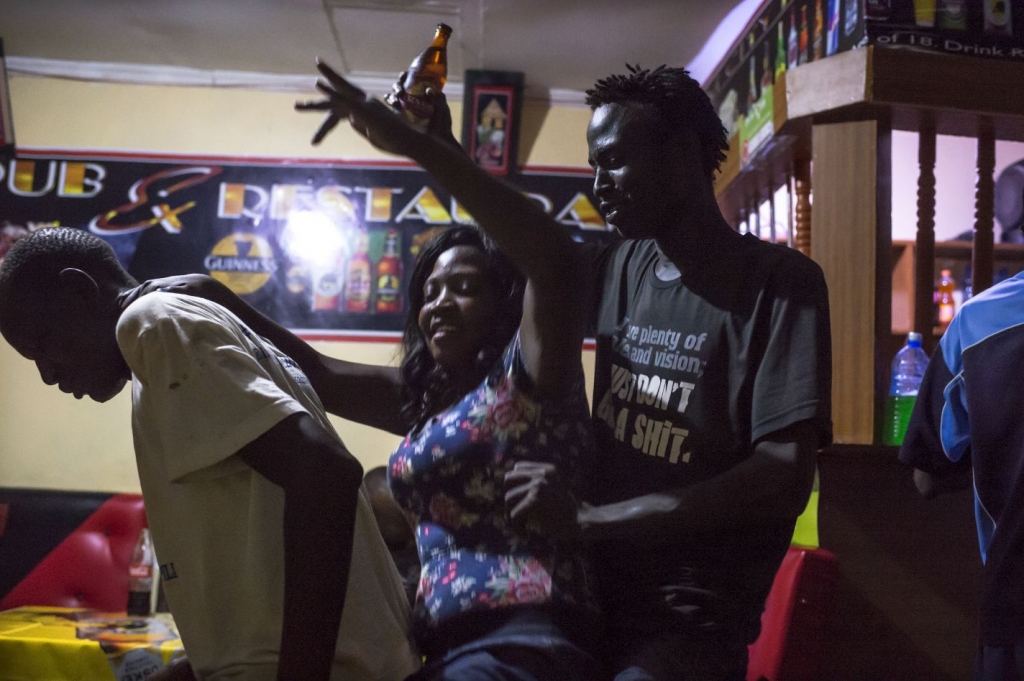 Revellers at Jam City bar in Lokichar, one of a host of new hang outs that have sprung up to entertain the town’s oil workers and young people. ©Sven Torfinn 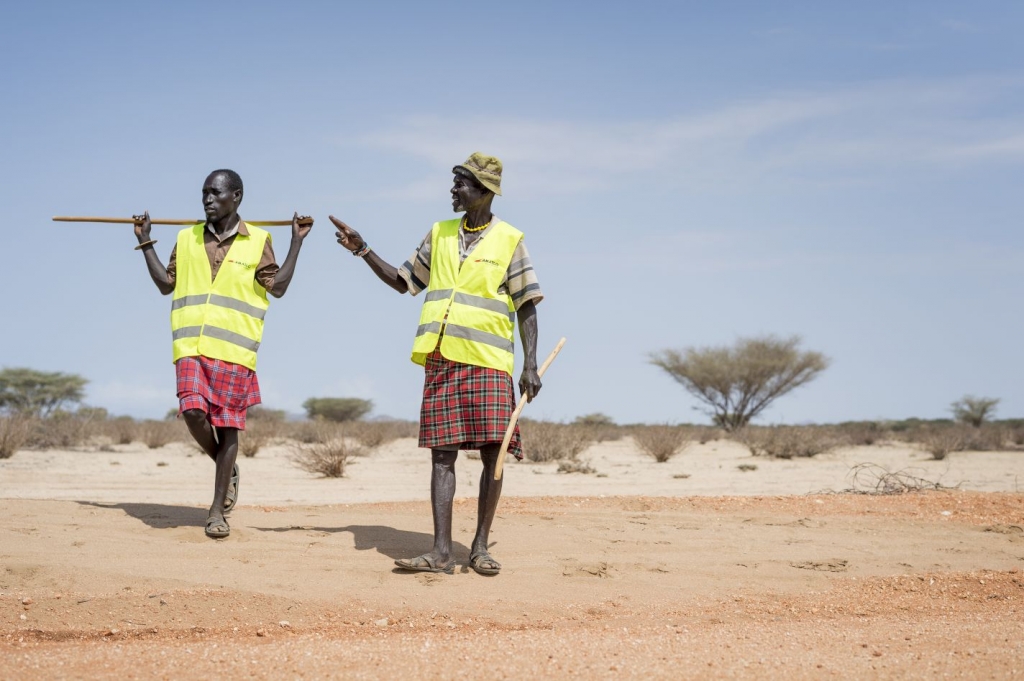 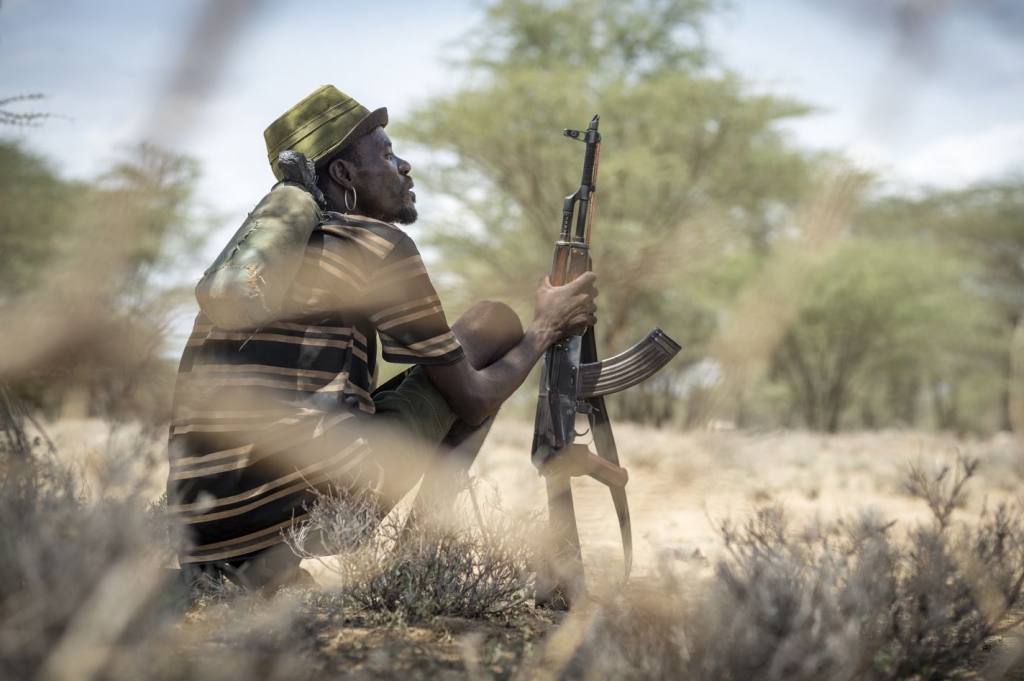 A herdsman watches over his livestock outside of Nakukulas. The area around Nakukulas has been subject to frequent raids by groups from neighbouring West Pokot County. Peace talks in May 2015 brought a period of calm, but it was short lived. Many Turkana stress that oil finds have increased risks of attack, as neighbouring groups seek to stake claims to lands that might hold oil reserves. ©Sven Torfinn 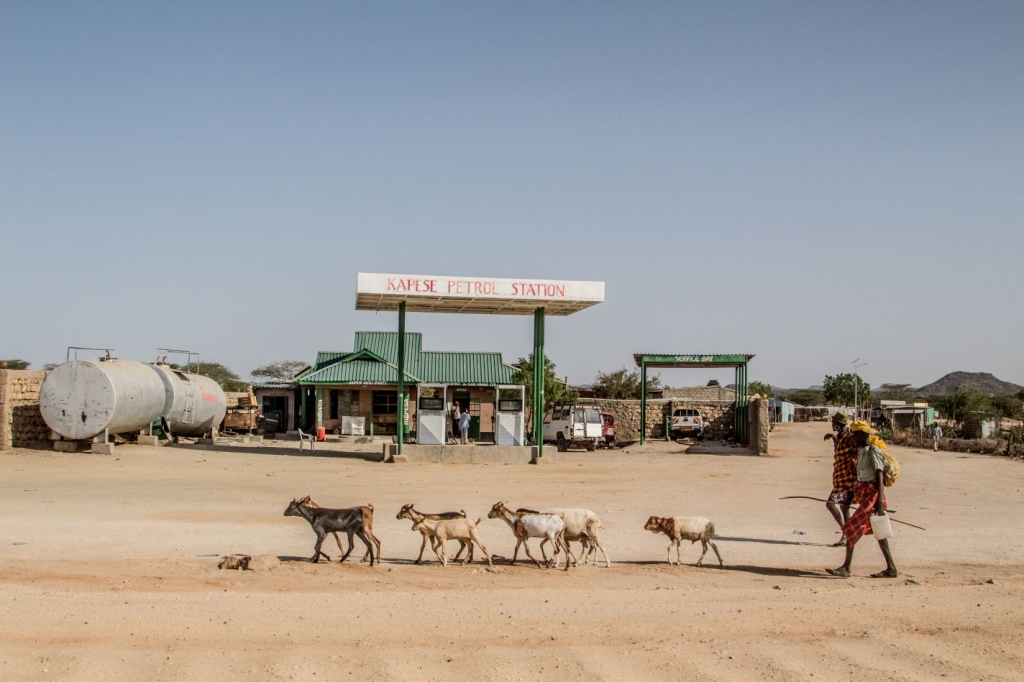 Pastoralists guide livestock past Kapese Petrol Station, the area’s first. Local elites have moved quickly to capitalise on new business opportunities in transport, lodging and catering since oil finds were announced in 2012. But access to new business has also proved tense, pitting local suppliers against larger companies from elsewhere in Kenya. ©Evans Otieno 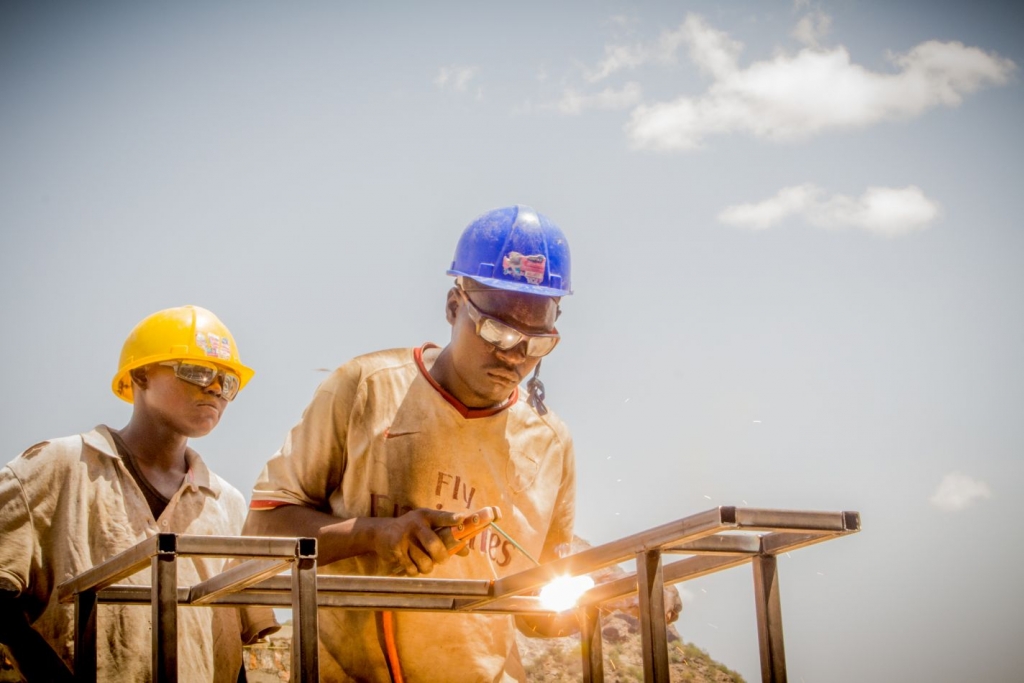 Workers weld fittings for the construction of new classrooms in Kamarese on the outskirts of Lokichar. Funded by Tullow’s social investment infrastructure project, the classrooms are some of many that oil prospectors have constructed across the region. ©Evans Otieno