In the midst of conflict in Yemen, members of a Saferworld-supported community action group in Muthafar, a neighbourhood located at the heart of the city of Taiz, have been coordinating and taking action to respond to the growing humanitarian crisis.

The group has taken the initiative to address new safety concerns that have emerged in their communities as a result of prolonged conflict.

Before the outbreak of the conflict in Yemen in March 2015, Community Action Groups (CAGs) supported by Saferworld and local partner NODS were working in both a rural and urban location in Taiz governorate. The groups have been actively engaging in their local communities since 2013, initially tackling a variety of safety issues that had been identified through consultation with the local community. Made up of women, men and youth from various professional, political and social backgrounds, Saferworld and partner NODS have worked with the groups to build their capacities and skills in community security programming, facilitation, problem analysis and solution planning, advocacy, conflict sensitivity and gender sensitivity.

Since the beginning of the project, the groups have worked with community-based organisations, local authorities (formal and informal), and national and international non-governmental organisations to prioritise and develop action plans to address local safety concerns. The safety issues they focused on included a lack of trust between communities and local police; child labour; drug abuse; and the growing prevalence of people carrying weapons. The results of the community groups’ actions were impressive, highlighting their capacity to find innovative ideas to improve safety and security within their neighbourhoods. 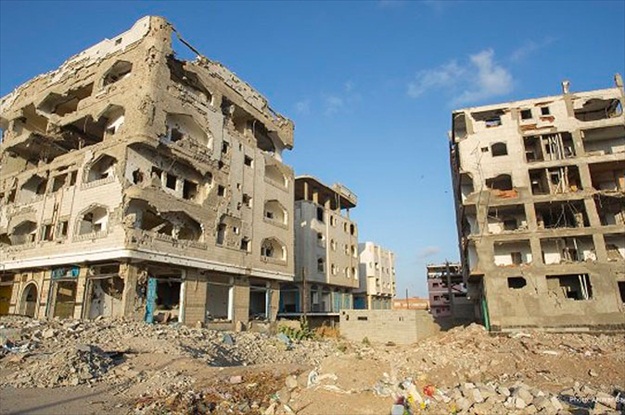 Group members also started to take initiative outside of their identified issue areas as new safety concerns emerged in their communities. For example, in May 2014 in rural Taizziyah, the CAG responded adeptly to an emerging flood. In order to save the houses of affected community members, the group facilitated host-homes for displaced families, mobilised volunteers to pile dirt to change the flood course and negotiated with a local factory owner to allow the floodwaters to pass through the factory yard, as opposed to through the community homes. In another location, a group member restored a positive relationship between a factory owner and their local community, through promoting a more open environment to enable both parties to discuss issues and concerns.

The impact of conflict

Today, Taiz governorate is experiencing some of the highest levels of violence in Yemen. The intense fighting between the Houthis and former President Saleh’s forces and local resistance groups, which are supported by the Saudi-led coalition, as well as coalition’s air strikes have resulted in hundreds of casualties in Taiz city. Additionally, the restrictions on resources entering Yemen are affecting every aspect of people’s lives. According to OCHA in Yemen, as of November 2015, nearly 79% of the population of Taiz is in need of basic humanitarian assistance including water, food and medical supplies.

Moreover, the closure of the majority of public hospitals in Taiz governorate – a direct consequence of the ground fighting, air strikes and the lack of basic commodities like fuel and medical supplies – means an estimated 3.2 million people in the governorate have either no or very limited access to health care. This is amid a growing dengue fever epidemic with nearly 1,700 reported cases in the governorate so far, a figure that is expected to rise given the dire situation. On top of this, the lack of fuel in the governorate is affecting the supply of clean water as most water pumps are no longer running.

Community action group members of Muthafar and Taizziyah are caught up in the middle of the conflict, and the ground fighting. Their lives and those of their families and communities have been adversely affected by the siege enforced on Taiz, which is hindering access of food and medical supplies. And like all the people of Taiz, group members are struggling to meet their basic needs, as they are not receiving any of the services provided by the different authorities. The rural area of Taizziyah has seen an influx of internally displaced people and continues to be impacted by heavy ground fighting.

Responding to the dire situation, the group in Muthafar is coordinating initiatives to improve living conditions for their community. In spite of the conditions in Taiz, they have come together and mobilised their networks to address some of the urgent practical issues that have arisen as a result of the conflict. Building on the relationships, experience and standing they had developed within the community before the outbreak of the conflict, they have come together to take action.

Over the past three years, community action group members have built durable links between the community, community based organisations and local government and police structures. These important partnerships have enabled ongoing work to continue after the outbreak of the conflict. Group members have led on and supported many initiatives in partnership with local NGOs in Taiz and other cities such as Ibb. For example, from September to October 2015, the group distributed food for poor families, as well as bottled and household water with support from local donors and local NGO Duroob Al Noor. These efforts have reached more than 3,000 people. They were also part of a youth initiative to raise awareness about the effects of dengue fever, and provided mosquito nets to over 200 families.

The group has also used their links to address the issue of the accumulating garbage in the streets of Muthafar. Keen to stop rising cases of dengue fever and other diseases spreading more widely, they initiated a campaign within the neighbourhood, going from area to area to raise awareness of the problem and bringing the community together to clean the streets. In June, with support from local NGO Al Mutawakil and the local council, the group mobilised over 100 volunteers to clean the streets. In September 2015, with support from Saferworld they led a second cleaning campaign. The campaign received high participation from the local population, and successfully managed to clear up more than 25 tonnes of garbage in one day. As a result, the group is now considered one of the most efficient, respectable, and well-organised groups in the area.

Despite tremendous challenges, the community action groups continue to actively respond to the humanitarian crisis in the city of Taiz. They have taken the responsibility to aid people in need of urgent assistance, and to improve the living conditions for themselves, their families and the rest of their community. Members are emerging as important local leaders on a range of issues – one group member has been nominated by 22 organisations to be the main coordinator of relief operations in the entire district of Muthafar; another who is a police officer has become the head of the Bab Musa police station in Muthafar.

In areas extremely difficult for international organisations to access, local community groups and organisations, local businesses, and individuals are making important contributions to support community cohesion, safety and resilience, pulling together in the face of huge adversity. For example, the group in Muthafar is currently focusing efforts on a lighting project to contribute to the reduction of burglaries and break-ins at night. The group also plans to support an exhibition of children's drawings, aimed to raise awareness on the impact of the conflict in Taiz.

The readiness and ability of the groups to take on this wider coordination role shows the success of the community security approach in developing capacity and supporting cross-community relationship building. In the words of a community action group member and local teacher in Muthafar, "before, I didn’t care too much about child labour, although I used to see lots of working children every day. But now I care, and I have a strong sense of responsibility to make a change."

Find out more about Saferworld's work in Yemen