It’s Monday afternoon at Kenyatta University in Nairobi, and students from across the city’s universities are arriving to the campus business centre. Over 100 students of different ages, disciplines and university societies are coming together for the monthly voluntary peace dialogue – a space for them to think about their role in society and build their conflict resolution skills.

Energies are high as they catch up since their last meeting and wait for today’s session to begin. Elvis Wambura and Esther Kwamboka Omosa, project coordinators for the Universities and Colleges Student Peace Association of Kenya (UCSPAK), kick off proceedings. “We’re all here to talk openly and honestly about campus violence and the need for peaceful resolutions”, Esther says to the room.

In light of Kenya’s elections in 2017, tensions between communities from different ethnic groups have flared, with ethnic-based societies fostering competitive political climates. This has led to exploitation by politicians who feed on these divides to gain more support.

Earlier this year, ethnic disputes spilled over onto university campuses. This dialogue is one of several, organised by UCSPAK and Saferworld, aimed at promoting peace after a wave of violent acts and recent deaths in Kenya’s universities. 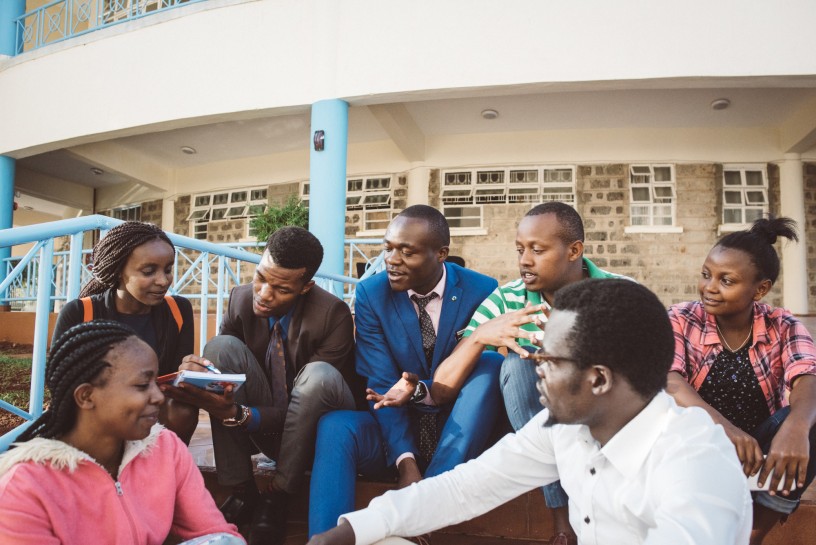 One student from Kenyatta University stands up to address the room, “We’ve had students beaten up and buildings set ablaze, but nothing is discussed. If we leave conflicts unresolved, they only encourage revenge. We can’t deny this is also election violence.”

In today’s session, the students discuss that while ethnic societies are good for advocating for the welfare of specific ethnic groups, they are dividing the learning environment. As a result, the students have made efforts to bring the different societies together more often for calm and productive engagement.

From January 2017, two inter-university peace dialogues have been held each month, totalling 30 dialogues by May 2018. In the run up the elections in August 2017, the conversation focused on voter education to make sure each student knew their political rights. This was then followed by a series of dialogues between different ethnic associations in universities which ended with a national student dialogue that brought together 37 higher education institutions across Kenya in April and May 2018.

After the first hour of discussion, the students settle down to work on identifying the crucial issues on their campus. From student election processes to ethnic discrimination of students and power outages, they speak about their grievances openly, and brainstorm methods of dealing with them. “We need to expand the reach of our student union so that all students feel welcomed and able to get support”, one biochemistry undergraduate says.

Speaking after the event, Elvis noted, “Ultimately, the students learnt that peace is necessary for them to continue with their studies, because where there is no peace there is no learning. During the election period, we continued to emphasise the fact that elections come and go and should not be a matter of life and death.” 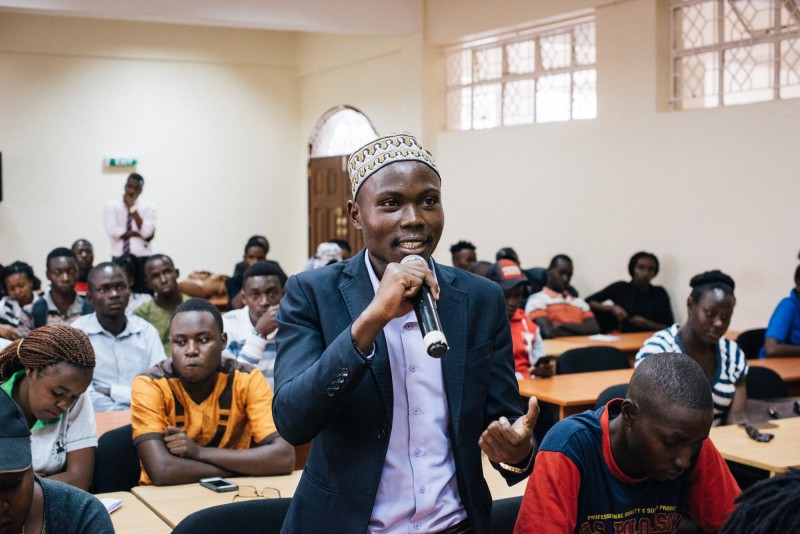 Students attend the dialogues on a voluntary basis, fitting them around their studies. © Ramon Sanchez Orense / Saferworld

“From these regular dialogues, the students are learning how they articulate and present their opinions, and are conscious of the fact that they can disagree in a respectful and peaceful manner without evoking hatred amongst themselves,” says Esther, “I am proud young people have realised that peacebuilding starts with the individual.”

“University students are a unique group because they have a lot of influence and therefore can be good peace ambassadors if involved in the right way.”

“What I am most proud of is the fact that we are able to nurture peace-loving leaders who are identified by their fellow students and elected into student leadership, not because of their popularity but because of their dedication and determination for a peaceful coexistence,” concludes Esther. 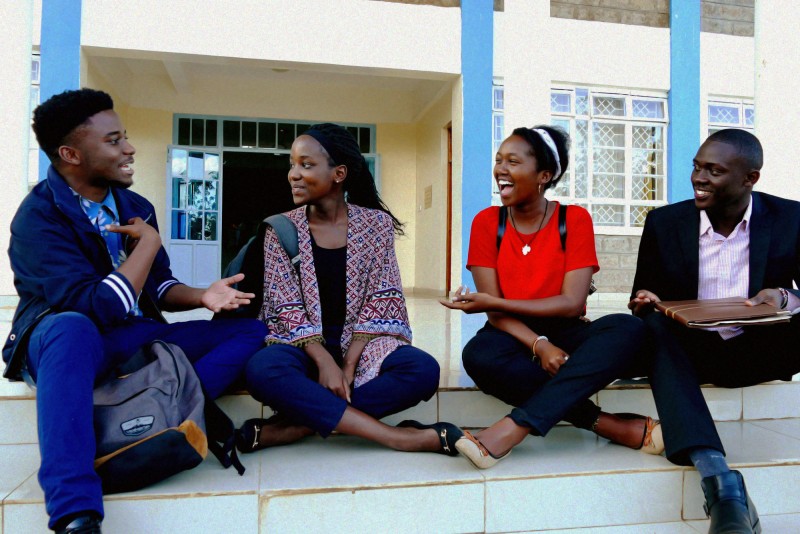 The youth and elections project is working to empower the student population as a collective, but it is also building the skills and prospects of individual student leaders and peace ambassadors.