In 2016 we reported how community groups in Taiz, Yemen were improving safety by installing solar panels and lights in Al-Muthafar district. Two years later, we return to see how the initiative has changed lives and how group members have carried on playing a vital role in the community in the midst of the ongoing conflict.

“Kids played at home rather than outside, and people were afraid to meet after dark. The streets had become full of drug dealers so people didn’t feel secure at night.” - Ayman Abdulkareem, a Taiz resident

Since the start of the war in 2015, the southwestern city of Taiz in Yemen has been devastated, with communities continuing to live under siege and suffering from severe food, water and aid shortages. The situation only gets worse after sunset, when crime and street harassment flourish under the cover of darkness.

One community group, supported by Saferworld and partner the National Organisation for Community Development (NODS) in Al-Muthafar district decided to take matters into their own hands. After identifying the dark streets and alleyways of their neighbourhoods as a source of insecurity for the community, they came up with the idea of using solar panels and street lights to make the streets safer at night, mapping out areas of the city where they could focus their efforts. 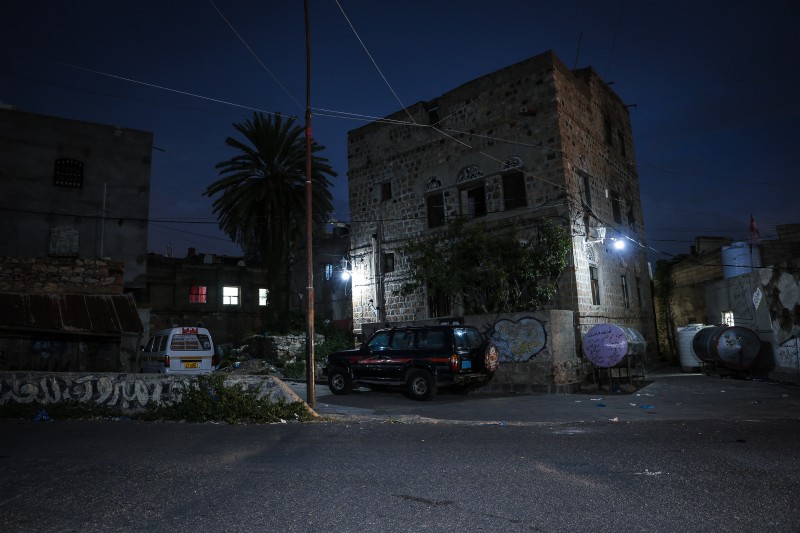 After putting up the new lighting, over 300 children from Bab Moussa and Al-Midan neighbourhoods began playing in the streets in the evenings and at night without fear of harassment or criminal gangs. Seeing this progress, communities across the district have taken up the responsibility of maintaining the solar panels to ensure their streets stay well-lit.

With the success of the initiative, neighbouring communities soon began asking how they could replicate the project. One public school manager named Jamieel Abo Mahdi, of Al-Nusailah neighbourhood, was particularly enthusiastic. To find out more, he met with a community group member who explained how they were able to get the community on board, meet with local leaders and what logistics were involved. Jamieel wanted to keep costs down, so he decided to make his project smaller, and used cheaper solar lamps. His community welcomed the initiative – one local mosque speaker praised Jamieel for taking initiative and moving things forward. After the lights were installed, the children of Al-Nusailah neighbourhood began to play on the streets later into the evening and women felt more confident to go about their daily lives.

Set up in 2013, community groups like these – made up of around 15 women, men and young people from different professional, political and social backgrounds – have worked to tackle a range of safety issues in their communities. Saferworld and NODS worked with the groups to build their skills in tackling community safety concerns, facilitating discussions, analysing problems and coming up with solutions, as well as thinking about how to advocate for their causes and be sensitive to different aspects of gender and conflict. Some of the areas of concern they identified with local authorities and organisations included strained relations between the police and communities, child labour, drug use and weapon ownership. 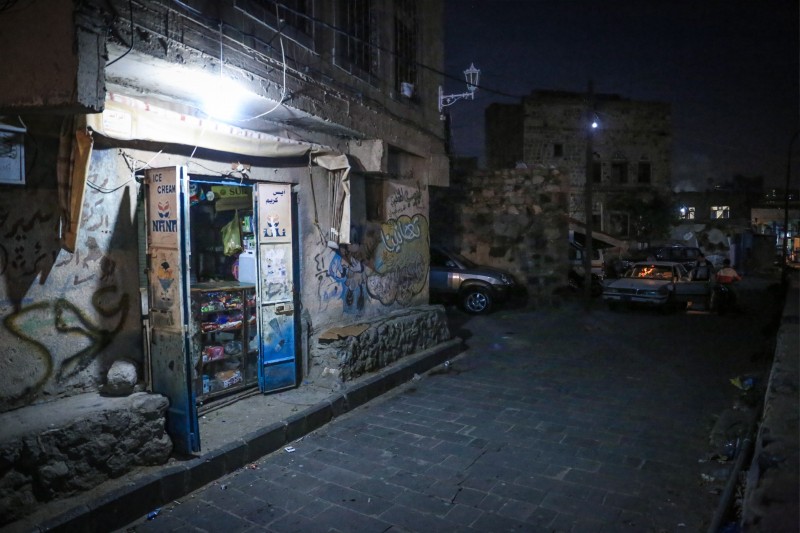 Taghreed Ahmed Saeed is a member of a community group who found it to be an opportunity to build her skills and confidence. Once shy and reserved, she didn’t like to speak in public. She now hosts her own trainings on community safety, despite her conservative upbringing that discourages women from taking part in public life. Using her knowledge from the trainings, Taghreed has supported other platforms such as Soul, a local organisation.

“By doing this, I felt I was helping my community and also my family. They encourage me to continue on this journey and my confidence has also helped at home.”
- Taghreed Ahmed Saeed

Other members have stayed active by formalising existing groups and setting up new ones. In 2017, Nabeel Al-Samawi responded to the demands of her community by creating a new group in Bab Musa to address ongoing humanitarian needs. For example, the group coordinates a community network to coordinate food distribution amid shortages.

A member of the group, Mohammed Abdulraheem, led the effort to register under the official name Peace Makers Initiative. They now work to improve the rubbish and sanitation system in their local area by gaining community support on public space maintenance. In the coming months, they plan to clean and restore a historical site that has been used as a rubbish dump and to build a wall to protect it from vandalism.

Other group members have joined existing civil society organisations and play vital informal roles in resolving disputes within their communities. One member was instrumental in preventing the looting of a retirement home, using his connections and influence to encourage non-violent means of expressing frustration and disagreement.

With Yemen’s conflict leading to a breakdown of formal services, including the closure of police stations, rubbish collection and other vital day-to-day needs, the groups allow citizens to take matters into their own hands. Despite continued fighting all around them, these initiatives bring a semblance of normalcy back to their lives. Taghreed Ahmed Saeed said she feels the change: “Kids have started to stay out later at night – sometimes until 10pm – and can feel safer walking the streets.”