Tea and peace: talking about child neglect and finding solutions at the teahouse in Kyrgyzstan

A group of ‘Youth Ambassadors’ supported by Saferworld decided to tackle the hidden but important issue of ‘social orphans’ – children who are left behind when their parents leave the country to find work. At teahouses, or ‘Chaihana’ as they are known locally, participants discussed the problems facing these children and came up with ideas for how they could help.

In Kyrgyzstan, there is a common term for children whose parents leave for Russia, Turkey or Kazakhstan to find work. They are called “social orphans”. When Kyrgyz people hear this phrase, it conjures up images of children in orphanages, or sometimes ending up with distant relatives who neglect them. The so-called “social orphans” are often left to fend for themselves as a result of a lack of support from families or their community. Most of them do not go to school, and the poverty that drives their parents to leave the country also forces them into work at a young age. Studies have revealed that many of these children are also susceptible to violence as a result of their vulnerable situations. According to official data, the largest number of labour migrants are from Batken Province, one of the poorest regions of Kyrgyzstan. And while this problem is being raised more at the national level, it has not yet translated into any concrete response from the government.

As part of our project aimed at tackling safety and security issues that affect young people, Saferworld trained ‘Youth Ambassadors’ from Batken Town  to identify societal issues, analyse them and develop action plans in response. Based on these skills, the Youth Ambassadors – in consultation with Saferworld and local partners – identified the issue of ‘social orphans’ as a priority.

“We are getting used to seeing children who are 12-14 years old working at markets – this is wrong,” said Chyngyz Kolchuev, the architect of a mini-project designed to raise awareness around the issue of labour migrants’ children. “It is wrong when classmates think they have the right to humiliate someone just because his or her parents have gone to work somewhere in Russia or Kazakhstan to earn money.” 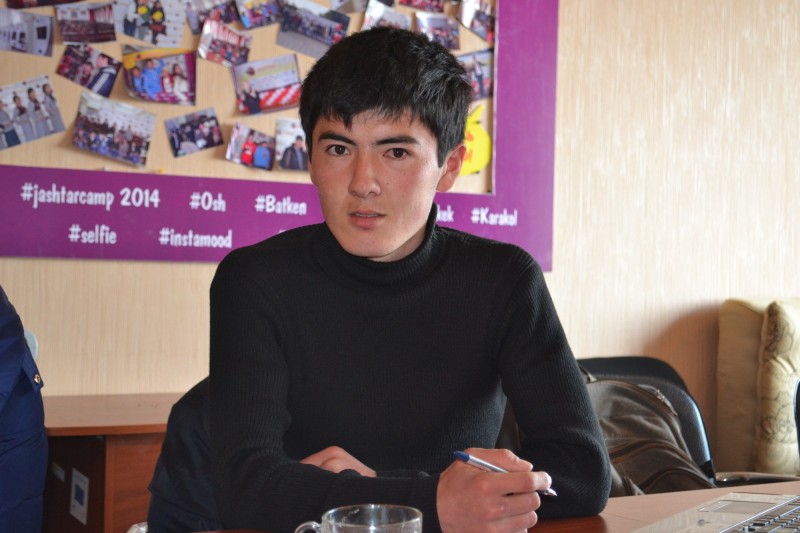 While planning their initiative, the Youth Ambassadors collaborated with law enforcement agencies and the local authorities. They aimed to create opportunities for key actors to discuss solutions or at least to attract more public attention to the issue. In the end, they decided to use the traditional “Chaihana” – or teahouse – as a platform to bring together groups to discuss the issues.

"We should not stop at just drawing and performing about these challenges faced by our children. We have to understand them and try to create a friendly environment for them, so that we can prevent any violence - be it violence towards them or by them."

Tea is more than just a drink in Central Asia. It brings people together. “Chaihanas” are popular places to gather and chat. Following this time-honoured tradition, the Youth Ambassadors gathered together local law enforcement officials, elders, media and leaders, as well as representatives from the Mayor’s Office and from school administrations, to brainstorm ideas for how to address the problems faced by ‘social orphans’. These tea-house meetings – dubbed ‘peace Chaihana’ – resulted in three initiatives that would help the children feel included in the community and break down feelings of isolation and stigmatisation. These included an essay-writing competition, a theatre production, and a drawing competition in three local schools. They also planned an exhibition of drawings depicting the life of labour migrants’ children and their relatives. “We should not stop at just drawing and performing about these challenges faced by our children”, said Rakiya Mamazhunusova, a local female leader. “We have to understand them and try to create a friendly environment for them, so that we can prevent any violence - be it violence towards them or by them”. 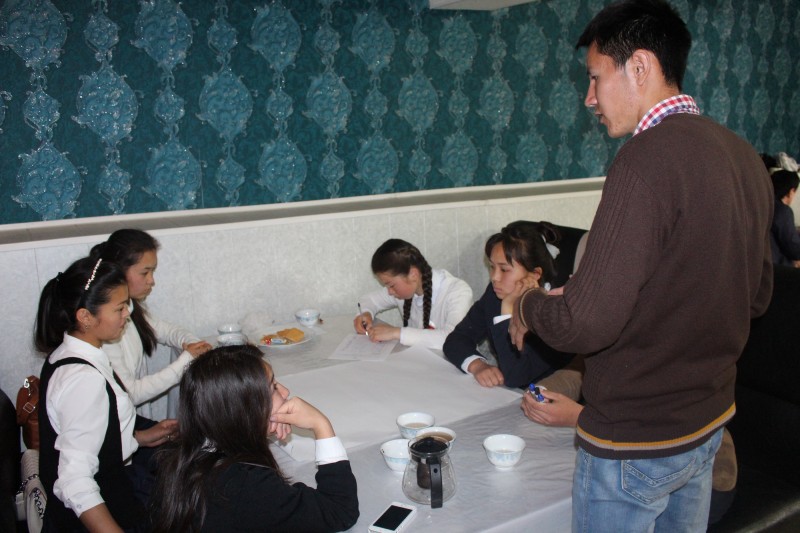 The initiative continued for three months, but the results were clear. In addition to the Youth Ambassadors initiative being extended, the leader of the youth group Chyngyz Kolchuev successfully lobbied the Mayor of Batken to appoint an official to look at the issue of labour migrants’ children, under the Mayor’s Office. A popular local television programme also covered the project by looking at the personal stories of the children. As the challenges faced by ‘social orphans’ are being discussed more and more in the province, national politicians and media may finally begin to give the issue the attention it deserves.

Saferworld’s “Youth Ambassadors” project in Central Asia covers 24 communities in the south of Kyrgyzstan. The primary goal of the project is to promote youth leadership and inter-ethnic collaboration on community security in Southern Kyrgyzstan. The project supports youth to move away from heated ethnic discourse by helping to develop ethnically diverse grassroots activists into leaders, and supporting constructive cooperation between them, their communities and security providers. The main focus of this cooperation is on mutual security challenges and promoting inclusive policies and practices.

Find out more about our work in Europe and Central Asia here.