As part of a participatory video project a group of youths from Liverpool’s Yemeni community set out to produce a film that would record the experiences, thoughts and memories of Yemen’s diaspora, and bring attention to the destructive war taking place there.

“How would I describe Yemen in one word? In the past, I always associated it with ‘pride’. The word I’d use to describe Yemen now is probably ‘sadness’.”

Ilham Ali is the founder of Active8, a family support centre for unaccompanied asylum seeking children, disabled or other children in need. She is originally from Yemen – a country that is now ravaged by a destructive war between Houthi rebels and forces loyal to the ousted President Hadi. “Even though we’re not there experiencing what they’re experiencing, almost every Yemeni in the UK has got relatives back home – and we’re all worried about them.”

Ilham was one of many people interviewed for the film ‘Anadeek ya Yemen’ (‘I Call You Yemen’), recorded and produced by five Yemeni teenagers from Liverpool as part of a participatory video project. Supported by the Liverpool Arab Arts Festival (LAAF) and funded by Saferworld, it aimed to raise awareness around the conflict and highlight some of the experiences and challenges faced by the diaspora in the UK.

“Liverpool is home to over 11,000 people of Arab origins – many of whom identify as Yemeni,” said Taher Qassim, Chair of the Liverpool Arab Arts Festival. “But not many people in Liverpool know about these communities, or about what is happening in Yemen. We wanted the youth to take ownership of raising awareness of the humanitarian crisis and promoting peace. We felt it was important that the young filmmakers be of Yemeni origin themselves, so that they would feel a connection to the project.”

To get started, Taher and his daughter Layla worked with the chair of the local Arabic centre to identify Yemeni youth who would be interested in taking part in the project. Through the project they wanted to engage Yemeni diaspora youth from across conflict divides in a participatory process that provided them with the opportunity to develop the skills and knowledge to produce a documentary film. Together, they settled on a group consisting of two young men and three young women, all between the ages of 14-18. They then enlisted Optical Jukebox, a filmmaking agency, to help train and work with them to ensure that the process went smoothly. 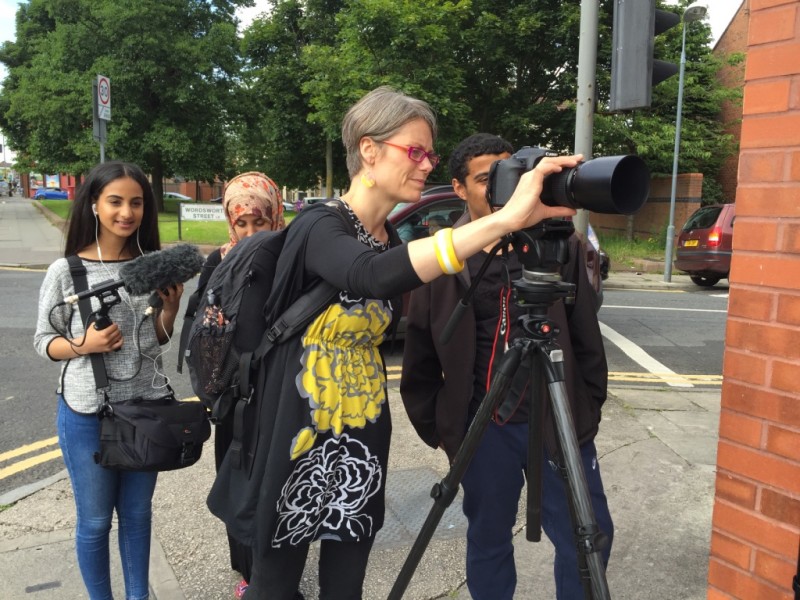 Over a series of participatory workshops from March to July the group worked collaboratively on all aspects of the project – from assessing cultural sensitivities associated with filming, introducing themselves to the community, understanding the social context of the conflict in Yemen and unpicking and differentiating between the political and humanitarian agenda, risk-planning, coming up with interview questions, selecting interviewees from differing political backgrounds, to music selection and editing. The group also had the opportunity to connect with the Comra initiative in Yemen, a group of documentary filmmakers. Footage shared by Comra was included in the final version of the film, bringing the reality of the war to the heart of the project.

“As filmmakers who have experience of working with a variety of professionals and young people, it is hard to convey just how impressed we were with the group, and the enthusiasm, professional work ethic and engagement with the process of filmmaking,” said Cathy Soreny, from Optical Jukebox. “There were some challenges – for example, the fact that a number of the participants were in their GCSE or A Levels, and Ramadan was right in the middle of our schedule – but their dedication to the project got us through it. Above all, their commitment to the message about Yemen, and the seriousness they applied to making the film as a useful document of their community's feelings about the current war is highly commendable. The final film is a testament to the insights the young people brought to this issue, and the positive impact they had upon the filming process from start to end.”

The first screening was held at the Green Bank Sports Academy, in the heart of Liverpool’s Arabic community. Despite taking place during Ramadan, attendance at the event far surpassed expectations, with over 70 people turning up. The young filmmakers spoke about their experiences and responded to questions at a Q&A session. They then incorporated the feedback they received into the final edits, and screened the film again at FACT Liverpool.

“I thoroughly enjoyed being part of 'Anadeek ya Yemen' for several reasons,” said Diana, one of the young filmmakers involved in the project. “One reason was that I was able to meet with lovely new people and engage with them professionally and on a personal level. I've got to say, my favourite part of this experience was when we actually interviewed our interviewees. It was really interesting to hear different age groups telling us their thoughts and stories of the impact of the war happening in Yemen.”

The group still keeps in touch through Whatsapp, which they also used in order to coordinate during the filming process. Right now they are looking into opportunities to screen the film and make sure that that its message gets even further. 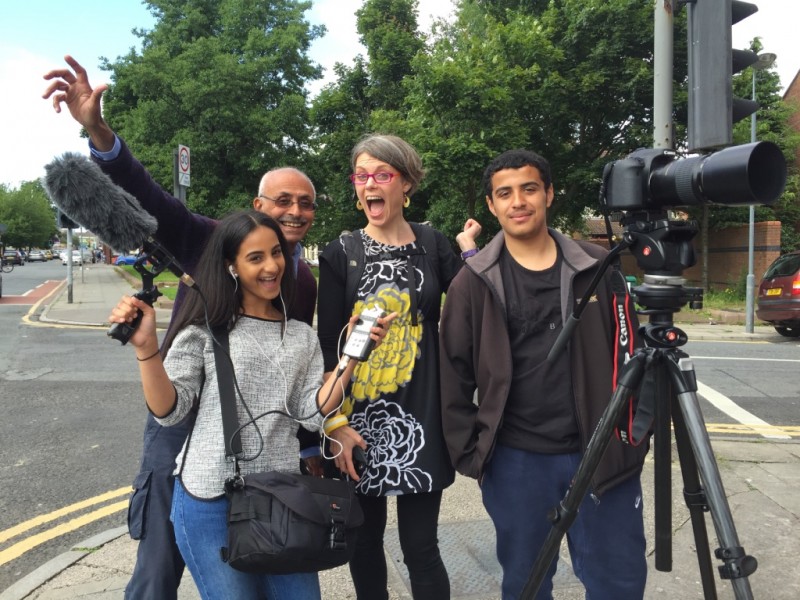 "I have been involved in many projects with highs and lows. This project was something special”, said Taher. “To start with, I have worked with a team of young boys and girls whose enthusiasm and commitments were extraordinary. Filming is not my area of expertise but I worked with two film makers, Cathy and Emma, who taught us everything we needed to know about filming. The topic itself was so close to all our hearts for both the film crew and the interviewees. Every one of us felt that making this film was a cause in itself and it had to succeed. This sheer determination and the connection with the Sana’a team made me so proud of the team and what we have achieved".