We believe in a world where everyone can lead peaceful, fulfilling lives, free from fear and insecurity.

Over the past year we have continued to work closely with our partners toward a vision of a world where all people can live their lives free of insecurity and violent conflict.

Our 2017-18 annual review shares some of our highlights from the last year.

Our year in numbers

In partnership with 69 organisations: 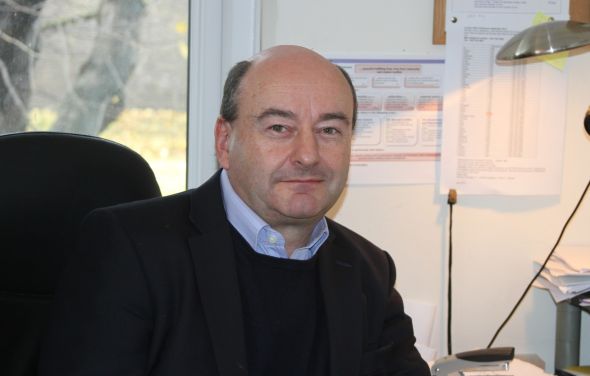 When accounting for our achievements and considering our challenges each year, we also ask ourselves: “How well do we live up to the core principles and values that shape our work?” Foremost is a certainty that people must remain at the centre of what we do, particularly those affected by conflict and insecurity. 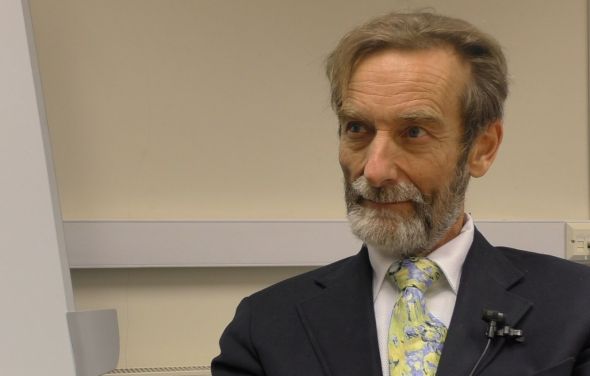 Saferworld's chair of the board, Jeremy Lester

I’m excited to become the chair of the board of trustees at this time when Saferworld’s message of peace and inclusion is more necessary than ever. It’s also a time of great change for the organisation – many of our programmes around the world are growing and taking on new challenges.

International security and development policies should help build a world that's safer, more prosperous and where people can live in peace. Yet this is not always the case – too often because the voices of people affected by conflict and violence are excluded from the conversations and decisions that affect their future. In 2017-18, our research and advocacy helped influence a range of policies on issues relating to peace and security. 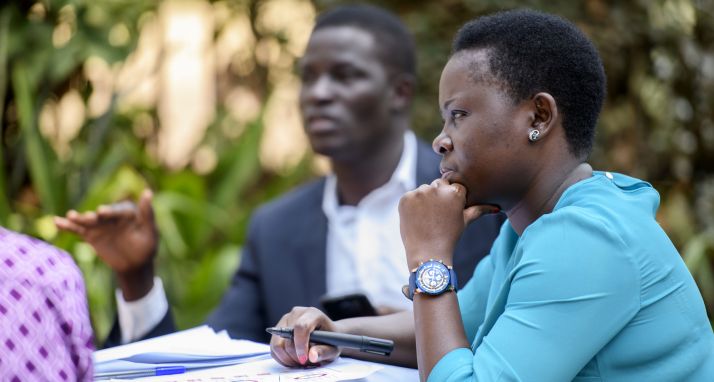 The 2030 Agenda – also known as the Sustainable Development Goals (SDGs) – is an ambitious global initiative that aims to end poverty, reduce violence and ensure prosperity for all by 2030. While these commitments look great on paper, they need concrete action to transform them into reality. Saferworld has been working in East Africa to ensure that these commitments are translated into action.

Kenya has had a cycle of political violence which needs to be addressed, as well as issues of inclusion and access to justice. So I see SDG16 as a very good opportunity to engage more constructively on these kinds of issues. 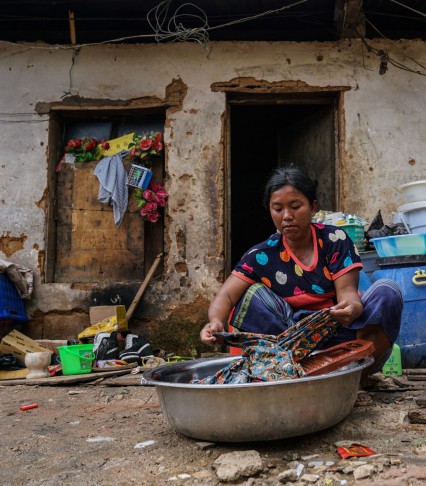 With the peace process in Myanmar making little headway, conflict continues to be an ever-present part of life for many communities.

“As a community, we want our village to be secure”

Illegal logging is one major source of insecurity for affected communities. In addition to contributing to deforestation and increasing the risk of flooding, it affects communities’ abilities to farm, pollutes their water supplies and creates a shortage of wood for building homes.

Saferworld and partners have been working in a village in south east Myanmar, where a community group has taken action against illegal logging. Determined to find solutions, they held village meetings and raised their concerns with loggers, business people and local and township authorities.

“As a community, we want our village to be secure,” said Naw Htee Khine, a community group representative. “We knew we would face many difficulties if we didn’t do something about the illegal logging. We depend on this river. In the summer, we get water from it, but it is diminishing year by year because people are cutting the trees. If they cut more trees, there won’t be any water left in the future. We are also afraid of landslides making the problem worse. If there is no water, how can we work on our plantation in the future? We will starve if we can’t continue to produce rice.”

At first when I thought of community security I only thought about issues like landmines and the presence of armed actors. However, now I realise that it is about identifying the problems in our households, communities and daily lives, and finding solutions. 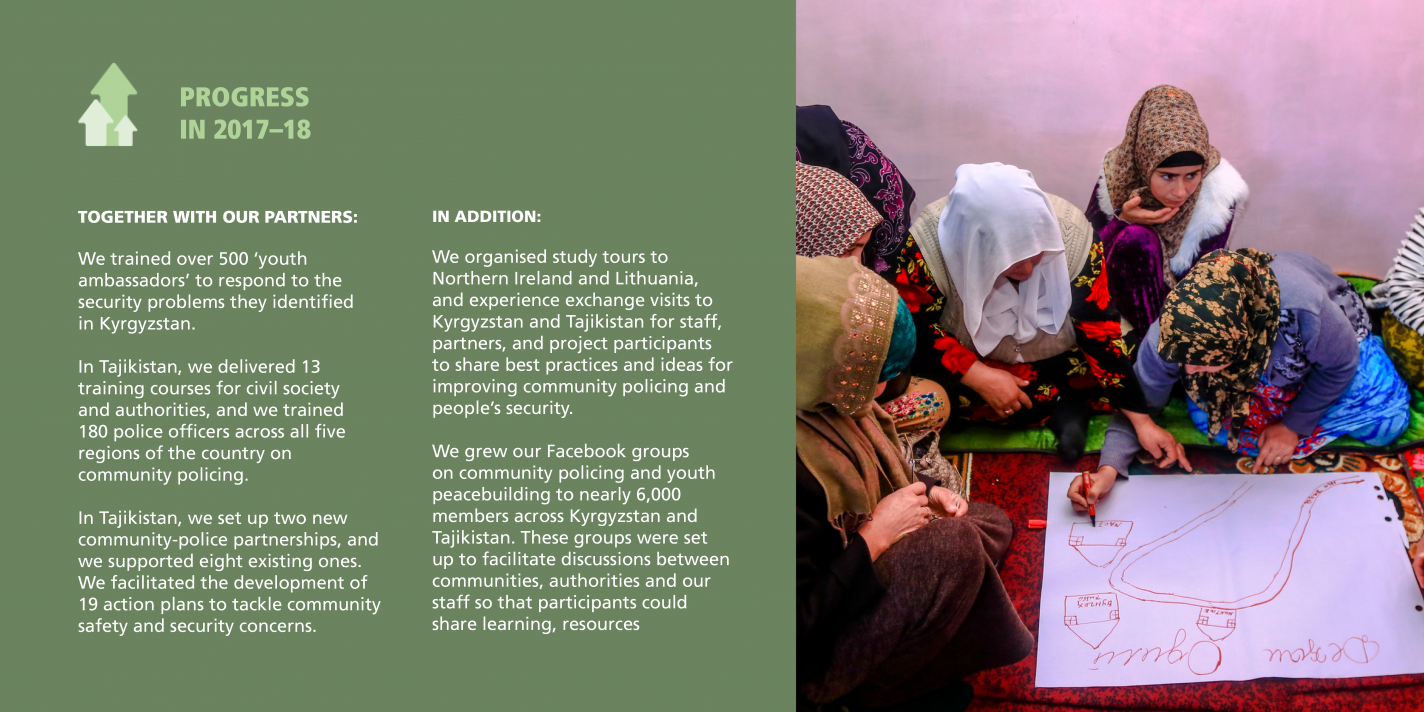 From Dushanbe to Belfast: learning from different experiences of policing

Thousands of miles may separate them, but Northern Ireland and Tajikistan have both experienced violence and civil strife in recent decades. “The Police Service of Northern Ireland (PSNI) really has something to offer because of the extensive journey it’s been through over the last 20 years,” said Superintendent Robert Murdie. “Moving out of violence and ‘the troubles’, and working more closely with communities, we have reflected on three central premises – accountability, policing with the community, and human rights.”

With these lessons and experiences in mind, in late 2017 Saferworld brought police, civil society, and members of community policing partnership groups to Belfast from Tajikistan. ”We brought ten people from Tajikistan to Northern Ireland – five police officers and five community members,” said Manizha Tilavova, Saferworld’s project coordinator. “In Tajikistan, we have widespread cases of corruption and mistrust of the police. Because we are supporting the Tajikistan government to reform its police and security sector to better protect people, we would like to learn some of the best practices of community policing in Northern Ireland and the ways they built trust with the people. This will help us come up with new ideas and recommendations for the government.” 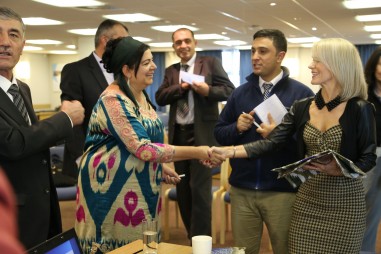 “I was very impressed with what I saw,” said Muqimov Fattoh, a bank clerk and member of one of the community-police partnerships, who participated in the learning trip. “I was glad to see that the Northern Irish police have a positive approach to handling detainees.”

Saferworld is committed to creating and sustaining a culture of learning, building trips like this into our programming. They allow staff, partners, communities, and authorities to share their experiences, learn from each other and use that knowledge to improve their own work. Most of these trips take place within regions – such as recent exchange visits between Tajikistan and Kyrgyzstan to compare community policing approaches.

On his way home from school in Kuajok village, northwest South Sudan, twelve-year-old Angelo came across a group of kids his age playing with a rocket-propelled grenade (RPG) shell on the side of a road. “The shell was stuck in the mud and the children dug it out and began to play with it,” he said. “I told them that this was a dangerous device that could kill all of us.”

But Angelo is astutely aware of the threats they pose. He has learnt from training and awareness-raising campaigns, delivered by Saferworld and its partner the Organisation for Children in Harmony (TOCH), who have set up three community groups in Kuajok. As part of these campaigns, participants organise public meetings and radio talk shows, and they give presentations to state parliaments on the spread of small arms and light weapons and the threats they pose. The community groups have discovered that illicit weapon ownership is the single most pressing concern for many in the community.Scenes like this are common here; the area is littered with explosive remnants of the 1983-2005 civil war between the Sudan People’s Liberation Army (SPLA) and the government of Khartoum. For almost five years, South Sudan’s people have suffered from the ongoing conflict between government and opposition forces. Despite efforts to clear the country of explosives, exposure to them continues to threaten people’s lives – particularly children’s, as they are often unaware of the danger.

"Participants organise public meetings and radio talk shows, and they give presentations to state parliaments on the spread of small arms and light weapons and the threats they pose." 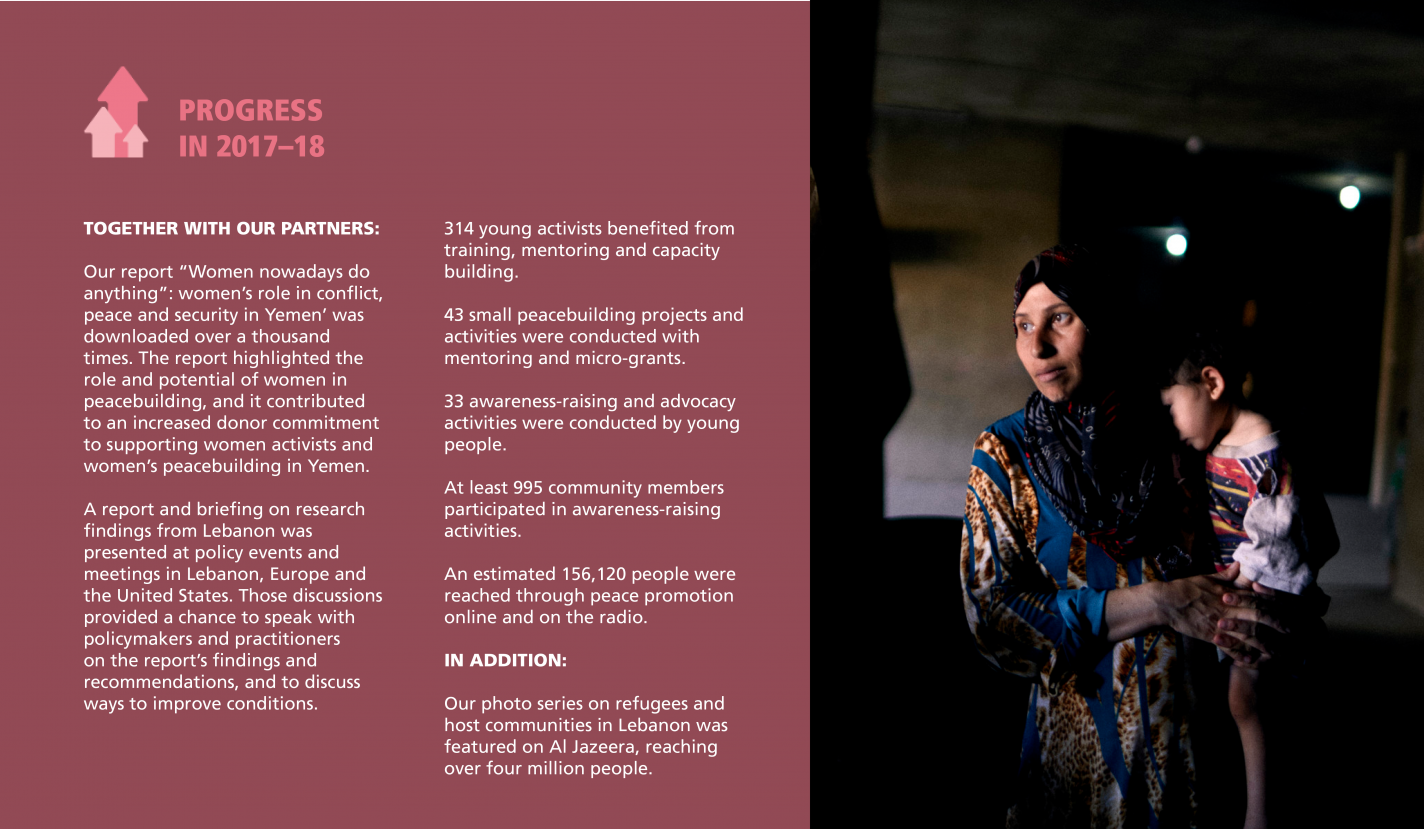 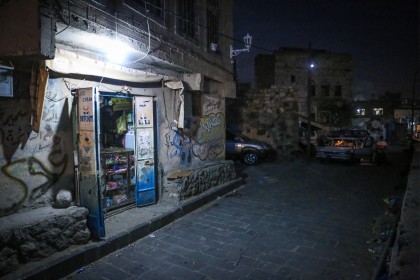 In 2016 we reported how community groups in Taiz, Yemen were improving safety by installing solar panels and lights in Al-Muthafar district. Two years later, we returned to see how the initiative has changed lives and how group members have carried on playing a vital role in the community in the midst of the ongoing conflict.

Since the start of the war in 2015, the southwestern city of Taiz in Yemen has been devastated, with communities continuing to live under siege and suffering from severe food, water and aid shortages. The situation only gets worse after sunset, when crime and street harassment flourish under the cover of darkness.

Ayman Abdulkareem, a Taiz resident, remembers feeling nervous to walk the streets at night. “Kids played at home rather than outside, and people were afraid to meet after dark. The streets had become full of drug dealers so people didn’t feel secure at night.”

"Kids played at home rather than outside, and people were afraid to meet after dark."

One community group in Al-Muthafar district, supported by Saferworld and partner The National Organisation for Community Development, decided to take matters into their own hands. After identifying the dark streets and alleyways of their neighbourhoods as a source of insecurity for the community, they came up with the idea of using solar panels and street lights to make the streets safer at night, mapping out areas of the city where they could focus their efforts. 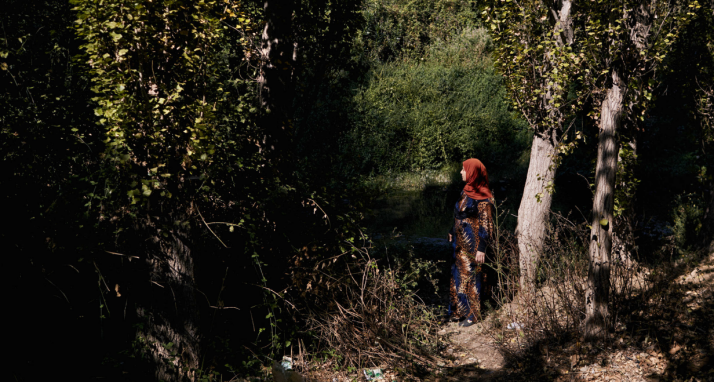 Solidarity and exile in Lebanon

As part of our research, photographer Diego Ibarra Sanchez and Syrian journalist Ali Alsheikh Khedr went to North Lebanon and the Bekaa valley to capture the experiences of Syrian refugees and their Lebanese hosts - exploring issues of exile, separation, solidarity and support - and bringing humanity back to the centre of the Syrian refugee crisis.

I am so thankful to the local chicken farm owner, Mr Fawaz. I often borrow food supplies from his shop, and he waits until I can afford to pay him back when I receive my monthly food voucher.

We work with a range of institutions and governments that are at the centre of international peacebuilding and conflict prevention, including the United Nations, European Union, and the governments of the United States, China, Sweden and the United Kingdom. 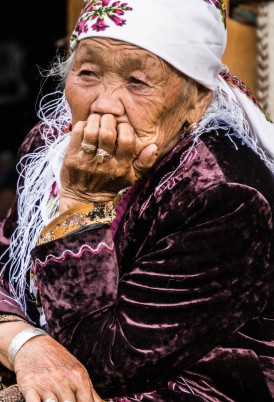 [The outcome harvesting] approach involves everyone, and this is what I appreciate the most. We all feel the importance of our participation and what we are doing. 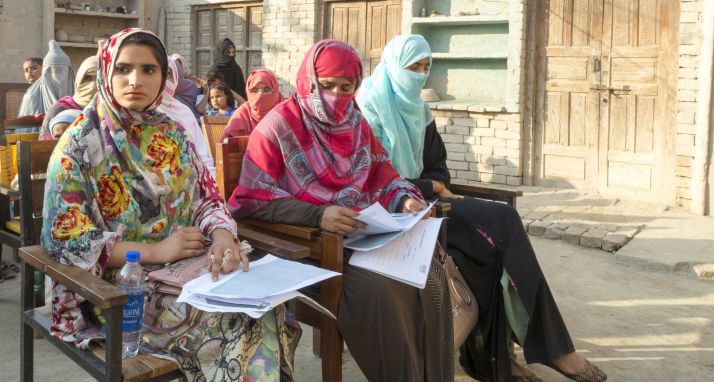 We work hard to maintain long-term partnerships with organisations in conflict-affected contexts, especially those with a track record of leadership, experience and expertise in key processes of change. Our approach is based on building trust, mutual challenge and two-way learning.

This is a top line summary of Saferworld’s income and expenditure in 2017-18, taken from our full audited accounts. Our full report and accounts will be available in November (at www.saferworld.org.uk). You can also download them from the Charity Commission website. 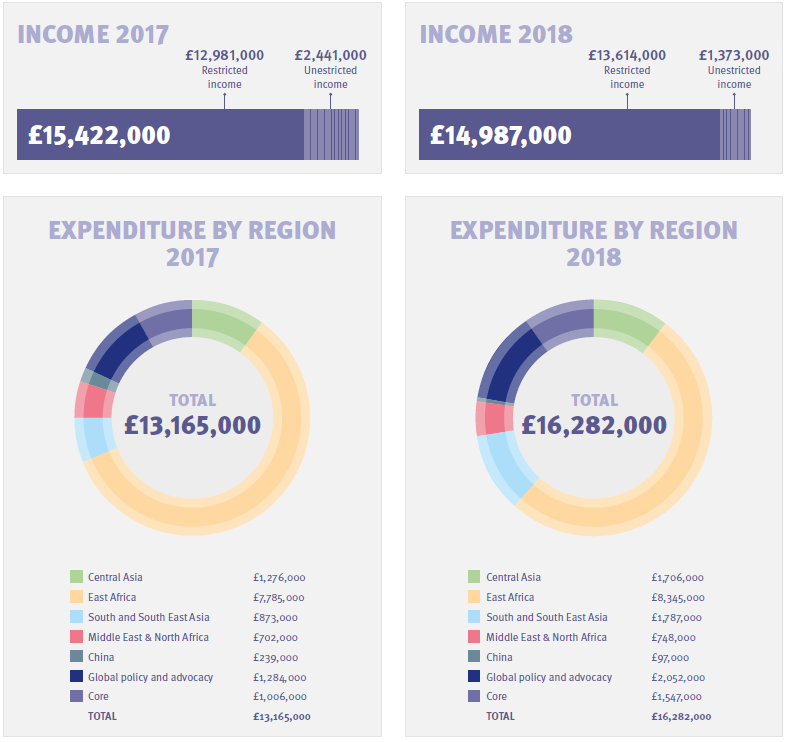 We thank all of the donors who kindly support us and who make our work possible. We receive generous funding from a range of supporters, including governments, multilateral and bilateral donors, trusts, foundations and individuals. 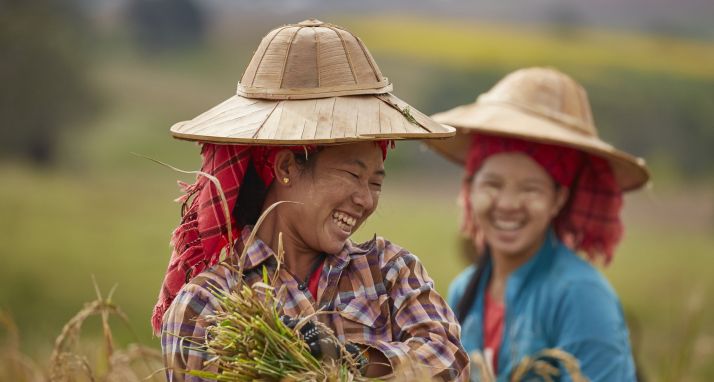 Learn more about Saferworld's funding and finance, including a full list of our donors, on our website.