This year’s international day of peace focuses on the right of all people to peace. While the insurgency in Northern Uganda ended eight years ago, communities continue to struggle to recover, and land conflict has become a major new threat to the region’s return to peace. David Otim explores why more conflict sensitive approaches, strengthened local governance structures, and policies to encourage effective land use are urgently needed.

In some land conflict hotspots in Northern Uganda today, the mere mention of the phrase ‘land’ is almost always followed by a question: who is grabbing our land? Northern Uganda is endowed with enormous human, agricultural, and natural resource potential, which remains largely untapped. With the right combination of recovery interventions, the region’s potential can be unlocked to become the food basket of both the region and the country. In addtion, the area’s great tourism potential and discovery of oil add to the need for sustained investments which could rehabilitate the region and ensure it catches up with other parts of Uganda. However, rampant conflicts over land could stop the economic benefit of Northern Uganda being fully realised.

Effects of land conflicts on development

Over the past 15 years, decentralisation has led to the creation of new districts. Administrative boundaries have moved and some administrative units have had their status upgraded, leading to conflicts over new boundaries. In some cases, there are conflicts over boundaries between districts or between sub-counties and parishes within a district. In a recent meeting, a Ministry of Lands, Housing and Urban Development official linked the problem to the lack of proper survey and demarcation before the creation of new boundaries. Her proposed solution to potential future conflict was simple – determine the boundaries before creating new administrative units.

Most of these conflicts appear to relate to the control of local revenue and other resources. Some communities feel that the creation of some districts and the unfair boundary demarcations are a ploy to weaken, disenfranchise and segregate them. Examples can be drawn from the conflict between the Jonam and the Acholi in Purongo in Nwoya district. The Jonam on the eastern side of the River Nile feel a cultural allegiance with the Jonam across the Nile, which the Nwoya district authorities feel may not pay due political allegiance to their local district.

Conflicts over boundaries further hamper development programmes – the latest of these are the ongoing national census and the national identity card registration initiative. It is not surprising that these exercises have met challenges in districts such as Yumbe, Kween, Moyo and Gulu, because of disagreements over boundaries. In Apaa, where there is an ongoing land conflict between Amuru and Adjumani districts, the contention before the census was whether people should be counted under Adjumani or Amuru.

The increasing pressure to use customary land for different transactions by individuals, a lack of knowledge about land legislation and the difficulty in obtaining property deeds have left many people in Northern Uganda vulnerable to their property rights being abused. If left unaddressed, the land disputes could cause a return to violent conflict. Already in several locations, there has been an increase in violence. For example, in the border districts of Moyo and Lamwo there have been instances of destruction and stealing of property, and other people’s crops being used for grazing, as well as harassment of local communities. In some areas people have armed themselves with weapons, such as machetes and spears, to protect their land. In Lamogi sub-county, during a focus group discussion facilitated by Saferworld, nine out of ten participants admitted to possessing a bow and arrow to protect their land from threats.

Gender relations in relation to property rights have also become more complicated by land conflicts. In a customary tenure, women have enjoyed rights to access and use, but not control and ownership. What situation does land conflict, prompting individualisation and registration of ownership, put women into? Moreover, men are already being blamed for selling off family land and not sharing the proceeds with their wives. In some cases, the men have disappeared after selling land, only returning after they have spent the money. Women are often left with the burden of supporting the family. Land conflicts will certainly escalate gender-based conflicts, and women and children will become more vulnerable.

A number of steps should be taken urgently to avoid escalation of tensions and to enable Northern Uganda to achieve its great potential.

Read Beyond the reach of the hoe: The struggle for land and minerals in Northern Uganda

“If left unaddressed the land disputes could cause a return to violent conflict. ” 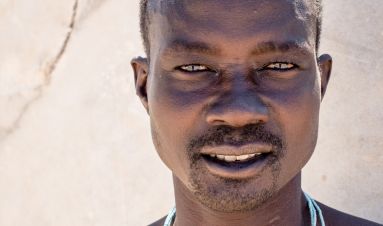 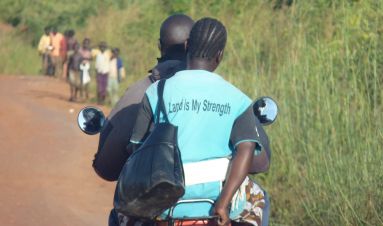 Beyond the reach of the hoe