As the Arms Trade Treaty crossed the threshold of 50 state ratifications needed for it to become international law, we explore why implementation will be key to its success.

Following decades of effort on the part of civil society and governments, on 25 September 2014 a significant milestone was reached in the development of strong international controls on the global trade in arms.

After the eight states deposited their instruments of ratification at the UN, a further two states – Georgia and Namibia – signed the Treaty, taking the total number of signatories to 121. An ATT High Level Event featuring Angela Kane, UN High Level Representative for Disarmament Affairs, was then held at the Trusteeship Council Chamber of the United Nations Headquarters.

The ATT is the first legally-binding Treaty for controlling the global trade in conventional arms, setting new international standards and enshrining in international law strict controls on the conventional arms trade, which has been poorly-regulated for generations. It obliges states to ensure that responsible and effective controls on all types of international transfers of conventional arms, ammunition and parts and components are put in place at national level through laws, regulations and procedures. Thus, in order for the ATT to achieve its huge potential it will need to be robustly implemented by all states parties.

Much remains to be done in order to ensure the effectiveness of the Treaty. This includes renewed political commitment on the part of all states parties and signatories to ensure that they uphold their obligations under the ATT. Most notable amongst these is the requirement that states must not transfer weapons that would be used in the perpetration of genocide, war crimes or crimes against humanity. This is of particular importance given the vast human suffering caused by recent and ongoing violent conflicts in Israel and Gaza, Iraq and Syria, South Sudan and Ukraine among others, all of which have been fuelled by irresponsible arms transfers.

Furthermore, while developing countries have been amongst the foremost advocates for the ATT, many will require some level of assistance in order to implement the Treaty effectively. Saferworld is working with government and civil society partners to develop common understandings around Treaty implementation and to assist states in identifying their specific assistance needs.

We hope (and expect) that many more states will become full parties to the Treaty in the coming weeks and months. And for those states that have yet to sign – the clock is ticking! States can only sign the ATT prior to its entry into force; so any states wishing to play some part in shaping this vitally important international regime will need to act quickly. Once the Treaty enters into force the only option for non-signatory states will be to accede to the Treaty as full states parties.

Breaking through the 50 barrier is a great achievement; it is also the start of a journey towards the establishment of an effective regime that will help prevent violent conflict and build safer lives and livelihoods across the world.

Elizabeth Kirkham is Small Arms and Tranfsers Adviser for Saferworld.

To celebrate reaching the first 50 Arms Trade Treaty ratifications,Control Arms has launched 50 for 50. 50 individuals including political leaders, campaigners, survivors, public figures and UN officials who have worked to ensure that the lifesaving treaty has a lasting impact on humanity.

Read more about Saferworld's work on the Arms Trade Treaty.

“Breaking through the 50 barrier is a great achievement; it is also the start of a journey towards the establishment of an effective regime that will help prevent violent conflict and build safer lives and livelihoods across the world.” 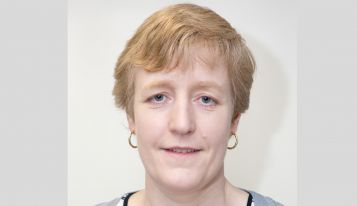