Hassan Al-Yabari talks to Elizabeth Bourne about the steps communities in Taiz, Yemen, are taking to mitigate the impacts the current crisis is having on essential services.

Before the outbreak of the current conflict in Yemen, Community Action Groups (CAGs) set up by Saferworld and partner NODS were working in both a rural and an urban location in Taiz governorate tackling a variety of safety issues they had identified as affecting the local community. These issues included lack of trust between communities and local police; child labour; and the growing prevalence of people carrying weapons. The results of the community groups’ actions were impressive, highlighting the capacity of the groups to find innovative ideas to improve their local safety going beyond the groups original action plans. For example in rural Taizziyah the community group conducted a campaign funded by a small grant from Saferworld to highlight the dangers of carrying weapons. They used local community events where young men would be present (like World Cup screenings) to spread their messages, and organised a football tournament to do the same.

Sadly, Taiz governate is now experiencing some of the highest levels of violence in Yemen, seeing intense fighting between the Houthis and former President Saleh’s forces and local resistance groups, as well as regular airstrikes by the Saudi-led coalition. Power outages are frequent and long-lasting, and like most areas of the country Taizi communities have little access to fuel, food and water. Recent reports have shown the brutal cost to human lives of the bombing and fighting with hundreds of casualties in Taiz city, and every aspect of people’s daily lives affected by the restrictions on resources entering the country. In Muthafar a military base has been heavily targeted by the airstrikes, forcing many community members to leave for safety. The rural area of Taizziyah has seen an influx of internally displaced people as a result of the fighting. Reports from the communities about their experiences are truly horrifying.

Since the current conflict intensified it has become much more difficult to address the underlying drivers of conflict and the longer-term issues that the community groups have been working on. But what we have seen is a pragmatic approach to the situation by the community groups and their local networks. In spite of the conditions in Taiz, they have continued to come together and discuss how they can mobilise the community to address some of the urgent practical issues that have arisen as a result of the conflict, building on the relationships, experience and standing they have developed within the community before the outbreak of conflict to come together and take action.

In Muthafar rubbish collections stopped when the airstrikes started in March due to the lack of fuel (Yemen relies on imports for over 90% of its fuel and food) and because rubbish trucks were being targeted by the strikes. Keen to stop rising cases of dengue fever and other diseases spreading more widely, the community group initiated a campaign within the neighbourhood, going from area to area to raise awareness of the problem and bringing the community together to clean the streets. Through the contribution of a local NGO, they found a truck to take the rubbish away. Before and after photos of the street show the enormous difference the action has made.

Other immediate issues the community groups have identified locally include the lack of safe drinking water. In many areas authorities have been unable to keep providing water at tankers, and attacks on women and children have increased as they go further to try and find water. The community groups are now looking for contributors to help fund the filling of empty tankers and looking into ways to ensure fair distribution of water within the community.

The day to day difficulties faced by citizens in Taiz, and across Yemen, are immense. However, this kind of community-led activism continues in almost every city and every village. In areas extremely difficult for international – and national – organisations to access, local community groups continue to organise, local businesses make in-kind donations to food distributions, and private hospitals open their doors to everyone, pulling together in the face of catastrophic levels of humanitarian need. 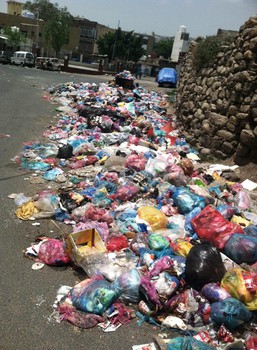 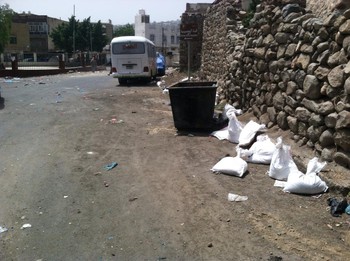 and after the communities had intervened.

“ What we have seen is a pragmatic approach to the situation by the community groups and their local networks. ” 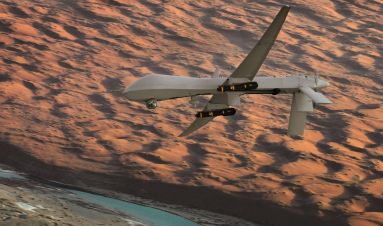 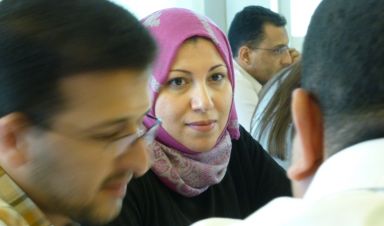