South Sudan: the time to deliver on protection pledges is now

As violence in South Sudan continues to escalate, the United Nations Security Council (UNSC) and regional states part of the Intergovernmental Authority on Development (IGAD) must act quickly to deploy additional peacekeeping troops to protect civilians and prevent the conflict from spreading. The Transitional Government of South Sudan meanwhile, should do everything in its power to urge government and opposition forces to refrain from further attacks on civilians and provide South Sudanese fleeing the fighting with unhindered access to UN protection sites.

The eruption of fighting in South Sudan’s capital Juba on 8 July has rapidly descended into a protection crisis. Gunfire first broke out between rival forces near the presidential palace on Friday morning, and has since spread to other parts of town. At least 270 people – including 33 civilians – are thought to have been killed in the violence so far. Thousands of men, women and children have sought refuge in protection of civilians sites across the capital run by the UNMISS peacekeeping operation. Reports that conflict parties have tried to prevent displaced people from reaching the sites are deeply troubling, and highlight risks of a further rise in civilian casualties over coming days.

The fighting is the latest blow to the August 2015 peace deal between President Salva Kiir and opposition leader Vice President Riek Machar, designed to bring an end to two and a half years of civil war. Violence in South Sudan has been on the rise for months, with serious confrontations in the towns of Wau, Yambio, Yei, Lainya, Magwi and Torit. Reports from Saferworld partners across the country suggest that the potential for the violence to spread to other conflict hotspots is high. A return to full-scale civil war in South Sudan would not only be a humanitarian tragedy, it would reverse 20 months of diplomatic investment in a negotiated solution to the conflict by IGAD, UNMISS and western states.

The UNSC on 10 July condemned the violence and called on regional governments to be ready to deploy additional peacekeeping troops. Speaking from Juba, Edmund Yakani from the peacebuilding organisation Community Empowerment for Progress (CEPO) highlighted that the UNSC and IGAD states should waste no time delivering on their protection commitments: “UNMISS has a vital role to play protecting civilians in the sites and people newly displaced by the fighting who are seeking to reach them. The mission needs to implement its mandate robustly – to protect civilians with force if necessary and deter further attacks.”

Calls by the president and vice president on their forces to halt the fighting are welcome. Saferworld and partners urge South Sudan’s political and military leaders to continue to press upon their troops to stand down and provide civilians with safe passage to protection of civilians sites in Juba and other South Sudanese towns. Leaders should follow up calls with measures to build trust within the military and strengthen command and control, to avert risks of further fragmentation over coming weeks and months.

“Saferworld and partners urge South Sudan’s political and military leaders to continue to urge their troops to stand down and provide civilians with safe passage to protection of civilians sites in Juba and other South Sudanese towns. ” 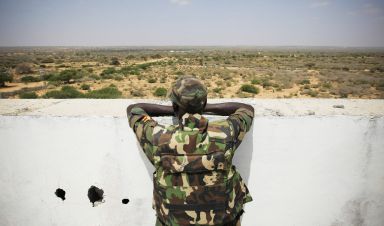 Challenges and opportunities for peace and security cooperation