The UN Task Team has recognised that the new global development framework must cover peace and security. Larry Attree discusses how this can best be done.

Progress towards the Millennium Development Goals (MDGs) in conflict-affected states has been slow - as yet, no low-income conflict-affected state has achieved any of the MDGs.  So the recognition by the UN task team working on the post-2015 development agenda that peace and security must be a key dimension of a more holistic approach is a welcome step towards a framework that better supports peace.

There is much to be commended in the Task Team’s report, which recognises that key issues haven’t been addressed effectively in the MDGs, from governance, the rule of law, human rights and inequalities, to violence against women and vulnerability to external shocks. Such issues will need to be addressed better in the post-2015 framework if we are to see real progress in conflict-affected states.

The report recognises that peace and security, development, and human rights are interlinked and mutually reinforcing in all societies – and asserts that democratic development, empowerment and human rights must be an integral part of development. It also makes clear that human rights, equality and sustainability will be defining principles that underlie the new framework. If we are to build on this positive foundation, there are a number of issues policy-makers should take into consideration as they navigate their way to a new development framework.

1.       Remember the importance of outreach and evidence-based dialogue

The new framework should address issues that evidence shows are key drivers of conflict. These should be determined through consultation, dialogue and by reviewing the evidence, and by asking ‘what are the elements of positive peace?’ As progress on development has been so weak in conflict-affected and fragile states, fresh answers are needed. This means that new thinking and new voices should be embraced, alongside established expertise.

2.       Distinguish between the causes and the effects of conflict

The original MDG framework has been criticised for focusing on symptoms while failing to address the causes of underdevelopment. The designers of the post-2015 framework must be assiduous in distinguishing between the symptoms of conflict and its causes. This is by no means straightforward, but it is the causes of conflict that the new framework should address.

The Task Team’s report sets out the idea of enablers – or ‘the means to achieve the goals’. This idea is interesting, but would create a set of parallel enabling commitments alongside core goals and targets. This could reduce the new framework’s clarity and simplicity – two qualities which are crucial to maintaining the high public profile that can, in turn, drive progress. ‘Mainstreaming’ of too many ‘cross-cutting’ commitments can diffuse responsibility and undermine progress. A new, more holistic goal, target and indicator framework should capture what is most important, and leave out what is not.

4.       Recognise and address the challenges of context-specific targets within a global framework

Context specificity is critical to good (and conflict-sensitive) development, but there are considerable difficulties tailoring targets to every context while also negotiating a worthwhile global development framework. Global goals allow the scale of the challenge to be compared across contexts; they also allow for a succinct framework that can be easily understood and that can gain buy in. If each country set its own targets, some governments might set low targets in sensitive areas such as participation in decision-making or human rights fulfilment – or choose not to set goals in these areas at all if given the option.  The post-2015 framework must set out a global consensus on the common factors that enable and sustain peace, at the same time as providing the flexibility for each society to work out how to pursue high standards in its own way.

5.       Stay true to the ultimate purpose of global goals

The purpose of having global goals post-2015 is to set out an inspiring, succinct universal vision that rises above the particular interests that hinder progress towards peace, development and human rights in specific national contexts. If the post-2015 framework reaffirms fairness, inclusion, accountability, and the rights to security and justice, it can foster democratic ownership of more effective development – providing a touchstone for civil societies aspiring towards peace, development and human rights. To get this right, the process for agreeing the new framework must also be open and inclusive – with civil society in conflict-affected and fragile contexts supported to take full part. Doing so will require resources, capacity development, time to consult local communities, and the use of accessible language.

6.       Set out to measure equality of progress – across conflict divides

When measuring progress towards the new goals, data will need to be disaggregated to show how fairly the benefits of progress have been shared. Disaggregating data to show levels of progress across diverse groups makes it possible to spot inequalities between these groups. This is crucial, because tackling inequalities – such as different levels of access to resources, services and benefits among ethnic, religious, class, caste, gender or income groups – is central to achieving fairness and tackling conflict.

Seeing peace and security high on the post-2015 agenda following the Task Team’s report was a relief to many in the peacebuilding community. However, there are many twists and turns on the path ahead. The recently appointed High Level Panel on post -2015 will begin its work before the real negotiation of the contents of the framework between member states begins in 2013. The task of those who believe the framework should uphold and sustain peace is to engage with the panel and member states around the world, to ensure that the case for peace is made drawing on the best evidence and building in the voices of women, men and children in conflict-affected states.

Read our briefing on approaching post-2015 from a peace perspective

“The purpose of having global goals post-2015 is to set out an inspiring, succinct universal vision that rises above the particular interests that hinder progress towards peace, development and human rights in specific national contexts”

Peace and the 2030 Agenda – beyond the summit glow 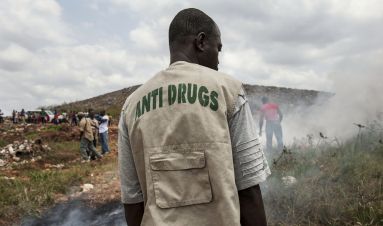