In the peaceful protests that swept Yemen in 2011 women did not simply ‘join’ the protests but were at the very heart of the calls for change. Yet while Yemeni women have made moral and social gains, there have been few tangible political gains as a result of the protests. This is a key finding of a new report by Saferworld exploring women’s role in street and institutional politics and their effect on wider change processes in Yemen.

Based on consultations with diverse groups of women from across Yemen, Strong voices: Yemeni women’s political participation from protest to transition suggests that while women feel that they have made their voices heard, for many the transition process remains out of reach and dominated by a small circle of political elites. There is a recognition among those consulted that women needed to unite to ensure that their demands are heard in the country’s transition period.

“We never voted for women before, but now we will.”

“If I nominated myself now for election, would you vote for me?”

- A discussion amongst women in Sa’ada

The report recommends that national and international actors should support opportunities for a united voice for women, while also recognising and respecting regional differences. They should also encourage new and emerging women’s voices from among political parties and young activists through networking and capacity building initiatives – promoting a broad spectrum of women’s voices and helping to ensure they influence the transition process. At the same time, there is a need to work at the local level to sensitise local authorities towards women’s participation and to encourage women’s participation and representation in local councils.

According to the consultations, women see their participation as part of a wider struggle against broader systems of oppression and in support of justice and equality for all Yemeni citizens. However, despite receiving support from many sectors within Yemeni society, women also faced harassment, threats or slander by both pro- and anti-regime forces as a result of their participation in the street protests. Women discussed how attempts to include or exclude them were used as strategies by political forces to weaken the protests at various stages.

‘I am optimistic that in the future there will be a role for women in political life…but not in the near future.’

While women expressed guarded optimism about the future, they are also fearful: for their own security, for the loss of gains they have made and for their children’s livelihood in a struggling economy. The two pressing concerns that emerged from the consultations relate to the political priority of addressing the Southern Issue and the need to ensure security and stability in all areas affected by ongoing violent conflict.This raises an important consideration: how can effective participatory politics in Yemen’s transition take place in a context where insecurity remains a primary concern for many citizens?

Strong Voices is part of Saferworld’s EU-funded ‘People’s Peacemaking Perspectives’ project, a joint initiative implemented by Conciliation Resources and Saferworld and financed under the European Commission's Instrument for Stability. Saferworld is currently embarking on a new FCO-supported project that will support new and emerging women activists in Egypt, Libya and Yemen to strengthen their public voice through demand-led capacity building, networking and advocacy. 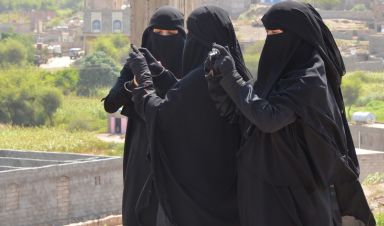 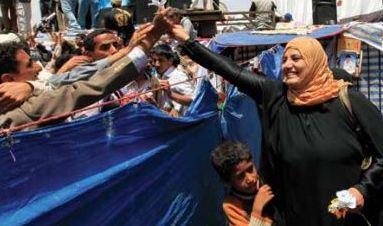