A new Saferworld project aims to generate broader support on addressing conflict and violence in the post-2015 development framework, by engaging ‘rising powers’ like Brazil, China, India, South Africa and Turkey in the debate.

There is growing recognition that peace is fundamental for sustained development. The UN High Level Panel report on the post-2015 development framework, released in May 2013, prioritises building peace and good governance as one of five transformative shifts. It calls for the world “to recognize peace and good governance as core elements of wellbeing, not optional extras”.

However, it is far from guaranteed that these critical issues will make it into the final agreement on the post-2015 development framework. A number of development actors – both established donors and developing countries - are already committed to including peacebuilding commitments in the new framework. However, broader understanding and collective commitment by governments around the world will be needed to ensure that conflict and violence do not fall off the agenda. In particular, there are a number of ‘rising powers’, with growing influence in international affairs that will be key to developing and agreeing a credible and effective post-2015 framework.

Due to their rapid economic growth and their continental influence, Brazil, China, India, South Africa and Turkey, play increasingly important roles on the world stage. As Saferworld’s preliminary research has shown, these states have different perspectives on the relationship between development and peacebuilding. For reasons relating to their own internal or external security contexts, they may be reluctant to see any explicit reference to conflict or violence included in the new development framework. Yet without their active participation, and an effort to address their concerns constructively, international consensus will be impossible to achieve.

Therefore, as the international community draws up a new vision for development, it is imperative that there is deeper dialogue with these countries about how to address conflict and violence in the post-2015 framework.  “Unless these countries are also involved in the process there may well be questions about the legitimacy and applicability of any commitments on conflict and violence”, said Ivan Campbell, Senior Advisor at Saferworld.

With support from the UK Department for International Development, Saferworld’s new project will carry out in-depth research and analysis on the policies and positions of all five rising powers. This will inform in-country dialogue events with representatives from conflict-affected states, and – in collaboration with our US-based partner the Center on International Cooperation (CIC) – advocacy and awareness-raising with policy actors in New York. “Through the project we hope to generate broader support from rising powers and other key stakeholders to address conflict and violence in the new development framework,” said Campbell.

Read our preliminary research on Rising Powers and post-2015.

“Unless these countries are also involved in the process, the legitimacy and applicability of any commitments relating to conflict and violence may well be called into question” 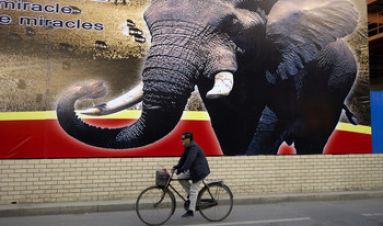 Promoting peace through the Sustainable Development Goals: What role for the Forum on China-Africa Cooperation?