Although there have been improvements in prioritising social equality in Nepal's recently promulgated constitution, gender-based inequalities continue to exist, such as citizenship provisions that create barriers to participation and perpetuate vulnerability to violence, says Ojaswi Shah.

There are more than 300 women and girls without citizenship certificates in Pahalmanpur, a village in Far West Terai. Why? Firstly, because village authorities have not had this data before and have never reached out to understand how many women are living without citizenship. Secondly, because the women’s male family members have migrated to countries outside of Nepal for work, yet need to be present for a woman to register for citizenship. And thirdly, older family members, mostly male, feel that the chances of women making property claims increases with access to citizenship, as it provides legal provision to invoke their property rights. There are many villages across Nepal with similar stories and similar statistics, even as legislation improves and countless initiatives aim to improve the lives of women and girls.

Currently, there more than four million Nepalis without citizenship and research indicates that women are 75% less likely to own a citizenship certificate compared to men. Not owning a citizenship certificate has a multitude of impacts, such as not being able to secure official employment, own land and property, or even obtain a SIM card to operate their mobile phones. This is on top of the vulnerability that statelessness already brings to various socio-economic challenges such as limited access to resources and opportunities. For example, citizenship is needed to gain admission into schools and universities, to practice one’s profession and/or pursue socio-economic ventures, to open a bank account or pursue a loan, and to have the right to vote.

The strong patriarchal values underpinning these socioeconomic and cultural practices also make women and girls vulnerable to violence. Practices such as dowry and preference for sons make it difficult for women to have an equal place in the society. Patriarchy contributes to violence amongst women and girls, particularly as they are subjected to social stigmatisation if they report cases of sexual violence. Gendered institutional responses from service providers also deter reporting against sexual violence in a social system governed by patriarchal values. So barriers to women and children accessing citizenship are part of wider societal barriers to them accessing resources, rights, opportunities, and decision making positions; and perpetuate vulnerability to violence.

Citizenship by descent is also made available in cases where the father is unknown (only applicable for the child of a Nepali mother) and has remained unknown for several years. However, supporting documents to establish these claims need to be presented and verified which can be challenging if the women themselves are already without citizenship. Furthermore, while a child born with a Nepali father and foreign mother can apply for citizenship based on descent, a child from a Nepali mother and a foreign father will have to apply for naturalized citizenship only after it is established that the mother is Nepali and the father has applied for Nepali citizenship and has been permanently living in Nepal for fifteen years.

Comments from a Constituent Assembly member days before the new Constitution was promulgated highlight the challenges that remain. “How can one expect the state to treat their daughter-in-law and son-in-law in the same manner?” he asked. By way of illustration he went on to talk about Nepal’s Madhesi and Muslim communities in the Terai who share matrimonial kinship with communities that live within India, close to the Nepal border. While a Nepali son can bring in a foreign daughter-in-law and their offspring would be patriotic and contribute to Nepal’s future, he explained, a child born with a foreign father and a Nepali mother would simply be unable to inculcate ‘patriotism’ and would act against the Nepal national interest. This and other similar statements and thought processes within policymakers clearly indicate how Nepali statebuilding and laws are still governed by deeply entrenched patriarchal values (the word patriarchy was removed from the Preamble of the Constitution at a late stage). There is no evidence to show children of Nepali mothers and foreign fathers are more likely to act against the ‘national interest’ compared to children of Nepali fathers and foreign mothers. However, statistics do show that more women than men are without citizenship in Nepal and this number is increasing.

The State needs to put better measures in place that allow all Nepalis to access their rights as citizens. It is the state’s responsibility to verify the citizenry of their people, but the state has to stop discriminating based on the gender of the parent. The current constitutional provisions do build upon improved gender equality that is reflected in many constitutional provisions. But the challenges faced by women while acquiring a recommendation letter from the Village Development Committee office and applying for a citizenship with the government has to be addressed. There must be clear and simple dissemination of the Constitutional provisions related to citizenship – it needs to be spelled out in clear and simple language and repeatedly disseminated at the local level through local and regional administrative authorities. Additionally, it has to be made publicly available in all local languages, not accessed only through a very technical and difficult text (the current Nepali constitution). Additionally, the State needs to have an official record of all those who are currently without citizenship but continue to live in Nepal.

The objective should be to ensure that those that have the rightful claim to be Nepali have the opportunity to access citizenship. More importantly, the naturalized citizenship laws should be the same for children that are born with Nepali mothers and Nepali fathers. While it is important to acknowledge the positive changes that the new Constitution brings with increased participation and protection for women and marginalised communities, the Constitutional text in itself and appointing Nepal’s first woman President should not be seen as having shattered gender-based inequalities which continue to create safety and security vulnerabilities for Nepali women and girls.

“While it is important to acknowledge the positive changes that the new Constitution brings with increased participation and protection for women and marginalised communities, these should not be seen as having shattered gender-based inequalities which continue to create safety and security vulnerabilities for Nepali women and girls.” 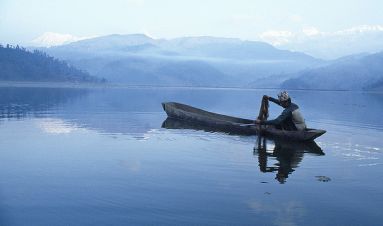 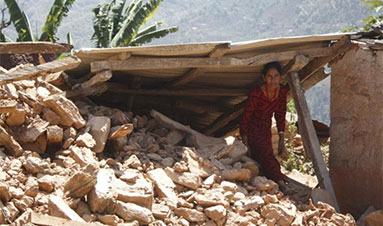 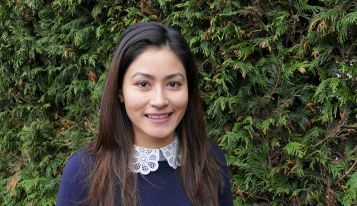