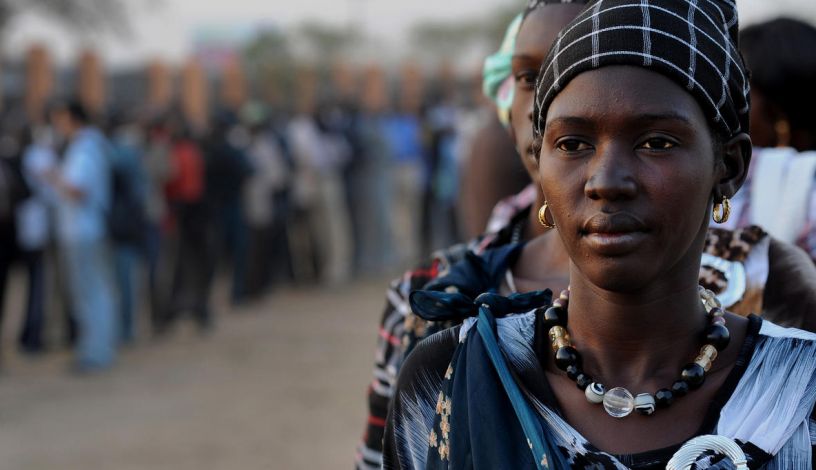 Today on International Women’s Day people around the world are being encouraged to be ‘bold for change’ and take action for gender equality. While the 2030 Agenda’s inclusion of peace as a global priority – both as a cross-cutting issue and as the standalone Goal 16 of the Sustainable Development Goals (SDGs) that make up the agenda – is welcome, few people have so far explored how to apply a gender perspective to efforts to turn this commitment into action.

This is partly a result of the tendency of those who work on gender, peace, security and development to work in silos. Despite strong rhetoric from some on the need to explore the links between the 2030 Agenda’s goals and targets, experts who work on gender equality under Goal 5 remain largely absent from most debates on Goal 16.

If we are to realise the vision for peace set out in the 2030 Agenda, the interconnected issues of conflict, violence and gender inequality need to be addressed urgently. It is a time for policy makers and development practitioners to ‘be bold for change’ and take concrete steps to apply a gender perspective to policy and programming that advances Goal 16. Here are five of our ideas on how we can get there:

1. Take a comprehensive approach to gender

Studies have demonstrated a positive correlation between a country’s peacefulness and its levels of gender equality. Gender is a system of power, often affording power and resources to men, leaving behind women, girls and sexual and gender minorities (SGMs). It also plays an important role in determining who perpetrates, and is affected by, different forms of violence. Men make up 95 percent of people convicted of homicide, while women and girls are disproportionally affected by sexual and gender-based violence (SGBV). By taking gender into account it is possible to determine the nature of the problem and what to do about it with greater insight and nuance.

Linking up efforts to achieve Goal 5 and Goal 16 is important as it will help ensure more coordinated approaches and lessons sharing between relevant policy communities. But truly taking a gender perspective will require so much more than that. Gender shouldn’t be treated as a box-ticking exercise – it should be integrated into all policy and programming. By prioritising it across the 2030 Agenda we will be able to address gendered barriers to peace, governance and justice. For example, women often face economic barriers – they may lack economic resources to access justice institutions, or be economically dependent on their husbands, making it more difficult for them to report partner violence. That’s why we need to make progress on target four of Goal 1, which focuses on equal rights to economic resources for men and women. In addition, gender is not synonymous with women and may not be the main identity marker that determines a person’s level of exclusion. A poor, homosexual woman living in a rural area will likely have different experiences of exclusion to an educated, heterosexual woman living in a capital city. Those who want to achieve Goal 16 will need to target their interventions based on the specific needs and experiences of people of all genders, spanning various classes, ethnic, religious or other social groups.

We need to take concrete steps to challenge patriarchal gender norms, which are a root driver of violence, insecurity and gender inequality as well as a key barrier to meeting Goal 16 targets. Evidence shows that violent gender norms can drive conflict and insecurity. In South Sudan, participation in cattle raids – a source of communal violence – is intertwined with rites of passage for young men. Patriarchal gender norms often translate into discriminatory laws and practices, which make it challenging for women to access justice and participate meaningfully in decision-making. Women may be expected to restrict themselves to the private sphere and not participate in the male-dominated public sphere, or may be viewed as the property of their husbands or fathers, which reduces their ability to access land or inheritances. In addition, at least 76 countries have laws that criminalise certain sexual orientations or gender identities, preventing many from being involved in decision-making or accessing justice. States and implementing agencies can help promote gender norms that favour non-violence and gender equality through support to ongoing efforts and innovative programming.

3. Provide support to organisations that work toward gender equality

Technical and financial support as well as political backing can help local organisations that are already working for gender equality, but who face funding challenges, threats and intimidation. For example, women’s groups have faced a backlash for their activism from violent groups in Afghanistan. These organisations have the necessary networks, experience and expertise to make positive change and are already contributing to progress on the Goal 16 targets – but they are often disconnected from relevant policy communities at the national and global levels. Many women’s organisations are either unaware of Goal 16, or don’t know how it links to their existing work. Integrating gender into efforts to advance Goal 16 will require linking up and forming partnerships with organisations working on women’s and LGBTI rights at global, national and local levels.

4. Put gender at the forefront of the 2030 Agenda’s accountability processes

Fulfilling the 2030 Agenda’s promise of ‘leaving no one behind’ will mean demonstrating progress on Goal 16 targets for people of all genders – including women, girls and SGMs. There are a number of ways to integrate gender into relevant follow-up and review processes. First, issues of peace, justice and governance should be considered when Goal 5 is reviewed at the High-Level Political Forum (HLPF) in July 2017. Second, civil society organisations, and women’s organisations in particular, should be supported to participate in such processes and to give their accounts of national progress toward meeting the SDGs. Third, by providing support to official and non-official data producers, and by pushing ongoing global initiatives to prioritise and collect sex-disaggregated data on Goal 16 indicators, we can close the glaring data gap. However, such data will only be able to tell us part of the story. Without combining it with qualitative gender analysis we won’t be able to fully assess progress on issues such as whether women’s political participation is meaningful or not, or gain insights into the challenges and needs of SGMs.

5. Draw on lessons learnt from past experiences and best practices

By building on past experiences, lessons learnt and best practices to address gendered issues of peace, justice and inclusion, we will be better placed to achieve the Goal 16 targets for people of all genders. Recent experiences have, for example, taught us that approaches challenging gender norms have proven to be some of the most effective ways to tackle SGBV. On the other hand, we have learnt that we have a long way to go before we understand how to address gender norms that drive conflict. We also know that laws and quotas to ensure gender equality won’t transform patriarchal gender norms and attitudes on their own. Drawing on these lessons will help us fulfil Goal 16’s approach to preventing conflict, ensuring inclusive governance and improving access to justice. 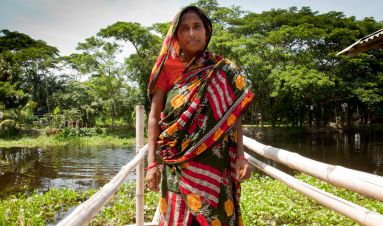 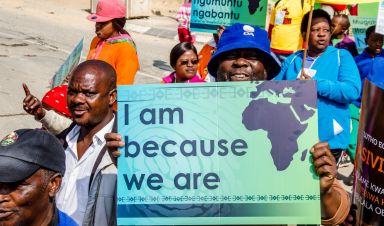 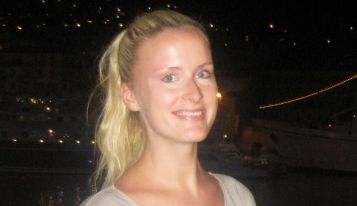