On 11 May 2017, the governments of the UK and Somalia, together with the African Union and the UN, jointly hosted a major international conference in London that sought to address Somalia’s key governance, statebuilding and security challenges. It brought Somali government representatives together with donor states, UN representatives and multilateral institutions such as the World Bank and the IMF.

The conference addressed three main issues: strengthening national security and international security guarantees; more inclusive and stable politics; and economic recovery. It also agreed upon the architecture for a new partnership for Somalia that would formalise mechanisms of international donor support and enable actions to address all of these issues.

Saferworld welcomes all of the commitments set out in the conference communique, which echo many of the concerns Saferworld, together with other international and Somali peacebuilders, raised in the run-up to the conference. The communique speaks to the importance of a Somali-led agenda, and commits the international community to supporting Somalia as it tackles major challenges, including its immediate responses to a devastating drought and famine, as well as longer-term development issues such as security sector reform, tackling piracy, ensuring the inclusion of women and youth in decision-making, expanding democratic governance and finalising the federal constitution, among many other essential issues.

While many commitments have been made, notable gaps remain. Translating promises into reality needs to be the priority. Over the last several decades, the Somali people have become wary of grand international commitments that fail to materialise into concrete support, and it is crucial that the aftermath of the London Conference not follow this pattern.

The security pact that has emerged from the conference is heavily focused on enabling a revised Somali security architecture and creating a coherent, singular, well-trained military. We concur that these have been major gaps in security provision; however, we urge the international community and the Federal Government of Somalia to also prioritise justice as a significant issue calling for a clear strategic approach. Although mentioned in the pact, it is essential that justice is not seen as the “little brother” to security, but rather an intrinsic component and prerequisite. The lack of equal justice in Somalia has underpinned grievances that have generated support for non-state armed actors, including al-Shabaab. As Somalia moves forward, reforming the justice sector, reducing corruption and building accountability and public oversight is essential to ensuring that gains made in strengthening the police and military are felt by all Somalis. We applaud the communique’s recognition of the importance of accountability for security actors, and encourage the development of mechanisms for accountability and oversight for security and justice institutions.

Further to addressing security reforms, the conference has emphasised tackling the ongoing conflict with al-Shabaab and other non-state armed actors, together with managing the anticipated AMISOM drawdown. We urge that beyond hard military and softer countering violent extremism approaches, deeper thinking is needed on how best to reach an end to the Somali conflict that neutralises conflict actors such as al-Shabaab. It is essential that all tools are considered, including political dialogue and negotiation, in conjunction with existing approaches.

The New Partnership for Somalia (NPS) aligns itself with the national development plan, thus enabling it to be guided by a Somali-set agenda. At the same time, there is insufficient clarity on the role that Somali civil society can, should or will take within the National Development Plan or within the NPS. Under the New Deal for Somalia, strong emphasis was placed on the role of civil society; while this did not ultimately translate into effective civil society engagement, the commitment was there. The NPS so far lacks clear language around civil society engagement, leading to concerns that non-state actors will be excluded from their necessary roles in holding the government accountable to its commitments, influencing government plans and agendas by clarifying and amplifying community voices, and working with government as implementing partners to enable the achievement of development objectives.

While there were efforts to engage civil society in the planning and preparation for the conference, notably an event held in Mogadishu on 2 May and a pre-conference side event held in London on 10 May, there is a widespread sense that civil society engagement has been circumscribed. In conferences such as these, popular dialogues are hard to conduct with the ideal depth and substance. In future, however, civil society must play an active role in statebuilding, governance, security sector reform and democratisation, and it will fall increasingly to federal and state-level ministries to enable this. While civil society organisations must do everything in their power to make themselves heard, ministries must also create space and opportunities that facilitate this.

The London Conference should be appreciated for saying the right things and drawing attention to many of the key challenges that need to be tackled. Valuable funding commitments have been made, with some estimates placing the total figure at $3.4 billion in EU support alone. Now that the conference is over, the international community and Somali leaders need to focus their efforts on realising peacebuilding and statebuilding objectives, ensuring that funds are spent in transparent and accountable ways, and guaranteeing that civil society has a meaningful stake in bringing about a strong and peaceful Somalia. 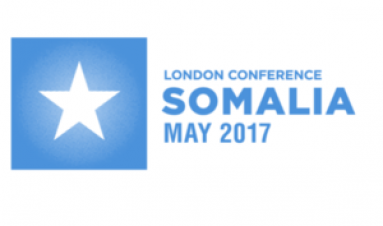 Peacebuilding organisations’ joint statement on the UK Conference on Somalia, 11 May 2017 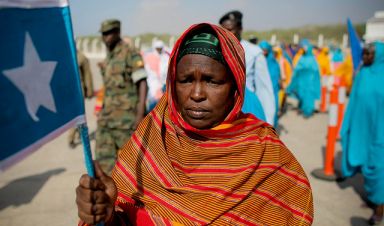