Charting the wrong course: EU efforts to stop migration through the Mediterranean 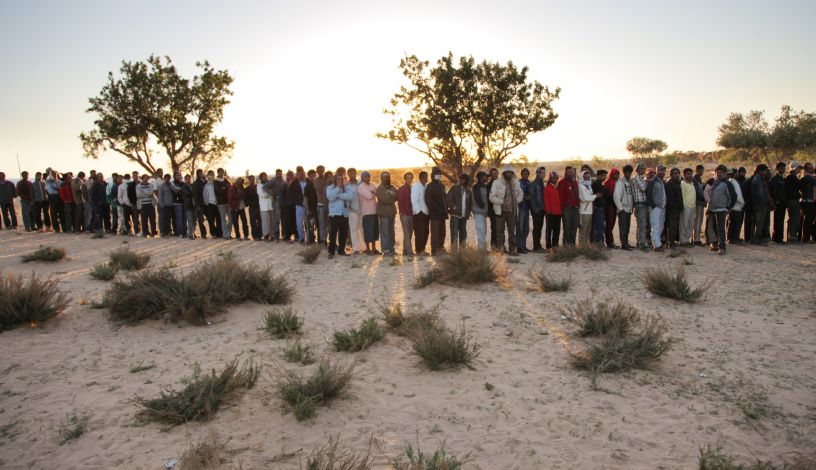 Today is the International Day of Peace. This year, the theme of the global initiative is ‘Respect, Safety and Dignity for All’. These principles should be the cornerstone of the EU’s approach to migration and displacement. However, a review of EU interventions along the Central Mediterranean route highlights that this is far from being the case.

This article was also featured on the EU Observer website.

European officials have faced strong criticism for prioritising security interests over the rights of vulnerable people in their efforts to stem migration flows. In particular, many perceive the EU, which measures the success of its efforts in the reduced number of people crossing the Mediterranean, to be guilty of hypocrisy as it claims that its efforts are informed by “strong policies to protect human rights and ensure dignified living conditions for migrants in countries of transit”. But the reality is that migrants are trapped in appalling conditions.

The EU and its member states have been impelled to work with problematic partner governments in order to ‘do something’ about migration. In particular, the main approach has been to reinforce the capacity of priority countries, like Libya, Niger and Chad, to control their borders and, as such, control Europe’s. However, such support not only overlooks the role that these regimes play in pushing people out in the first place but also the manner in which they deal with migrants and refugees on their territory.

Notably, the EU is supporting the Government of National Accord (GNA) in Libya to enhance its control over the country’s northern and southern borders. However, the horrendous way in which migrants, refugees and asylum-seekers – and those seeking to help them – are being treated has led many to condemn the EU for outsourcing its ‘dirty work’ to Libyan authorities.

In this context, the EU must think strategically about how it provides security support to governments. While there is a real need to improve security provision in these countries, the focus should be on security sector reform to ensure that security services are responsive to people’s needs and are held to account when abuses are committed. By contrast, the reliance on ‘train and equip’ programmes risks further militarising contexts that are characterised by weak and abusive governance.

In Niger, for instance, national authorities have increased controls on migrant flows under EU pressure. It has since been reported that smugglers have driven up their fees in response to rising operating prices, which include ‘lavish’ bribes paid to security forces. This has caused so much anger among local communities whose livelihoods depend on border crossing that it risks causing tensions with the security sector. This could be further complicated as the different security forces operating in the region are also competing over migratory proceeds, in part to complement their low incomes.

The risk of militarisation is also being reinforced by the empowerment of militias as proxy border guards. At the apparent prospect of financial support from European countries, cross-border Saharan tribes have agreed to form a border force to stop migrants from reaching Europe. There is a clear risk of unaccountable and unsupervised actors committing abuses against people on the move. Moreover, in some cases, these tribes run the very smuggling networks that the EU is trying to stop, and thus the defence they provide against illicit migration may amount to little more than a protection racket.

This illustrates the need for the EU to root its engagement in a sound understanding of the contexts it is operating in. This is particularly important as migration is perceived very differently in third countries than it is at the EU level. In the Sahel for instance, migration is very much part of life in the region, and freedom of movement is guaranteed across the Economic Community of West African States (ECOWAS) region. As such, many individuals who depend on industries that involve migration view the introduction of anti-smuggling regulations as designed to destroy their livelihoods. Enhanced controls could thus have a negative impact on what has traditionally been perceived as a stabilising factor in the region, where marginalised youth have notably been vulnerable to recruitment into violent groups. And while the EU and others are also supporting livelihood and resilience programmes, this will not be sufficient to counteract the other factors driving instability and migration, and may even contribute to enhancing the means of those set on reaching Europe.

In view of such concerns, it is important that the EU act on some of the criticisms levelled at its migration policy. Not everything the EU is doing is off the mark, but interventions meant to produce ‘quick wins’ on the security front, even if allegedly designed “in full respect of [EU] humanitarian and human rights obligations” often prove counter-productive – robbing refugees, asylum-seekers and migrants of the respect, safety and dignity to which they, as human beings, have a right. Instead, the EU needs coherent, long-term strategies that support peace, justice, inclusion and prosperity for all.

Find out more about our work on migration. 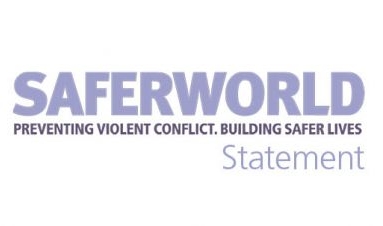 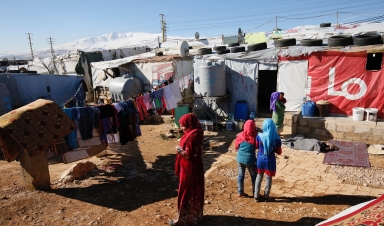