A step toward peace, justice and reconciliation in Kenya 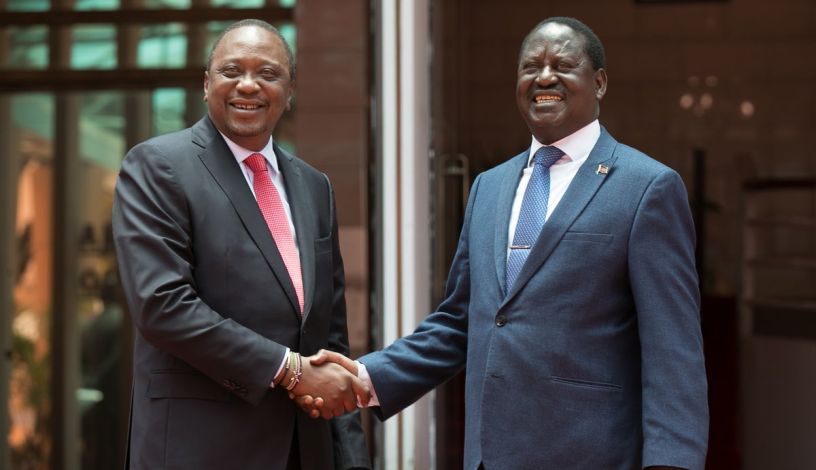 An unexpected reconciliation between Kenya’s president and the longstanding opposition leader provides an opportunity for change.

The surprise handshake between Uhuru Kenyatta, Kenya’s president, and Raila Odinga, the long-standing opposition leader, is a welcome development for many Kenyans who have grown accustomed to a bitter cycle of electoral violence. For decades, rival politicians have used their influence and ethnic affiliations to incite tensions and violence among supporters. The election in 2017 was no different. After the initial result was annulled following accusations of impropriety in the electoral management body and the electoral systems, a second presidential vote was held. During that period, around 30 people, including children, lost their lives as a result of organised demonstrations and brutal use of force by the police.

When Kenyans heard the news that the two leaders would put the past behind them and cooperate on a range of issues facing the country, it came as a surprise to many. “Elections in Kenya have now become a threat to lives, our economy and our standing as a nation” read a joint statement by both leaders earlier this month. “Kenyans need to overcome this negative cycle by acting on the understanding that elections on their own are not the solution to our national challenges. By faithfully adhering to the constitution and the law, halting ethnic antagonism and profiling, by promoting inclusivity, by strengthening devolution, by fighting corruption, and caring about safety and security, we will have elections that are not marred by mistrust and conflict.”

Many people understandably view this as a political stunt or a short-term measure – previous efforts at reconciliation have not led to lasting change – but others see it as a promising first step. Kenyans live side by side in peace most of the time despite real underlying grievances, which are triggered during elections and times of political tension. These need to be addressed to build a foundation for sustainable peace. Kenyans want an end to persistent electoral violence and are tired of politicians exploiting elections as a tool to divide Kenyans for their own gain. While it is good to see a willingness to reconcile and work together at the top level, the momentum must continue at all levels – national, county  and community – for there to be a basis for real long-term and sustainable change.

Over the years Saferworld has convened and facilitated forums where national peace actors and representatives of communities meet and discuss their governance, peace and security concerns and develop joint solutions to address them. We have learnt how important these processes are in building trust, strengthening relations, and developing joint agendas and action plans to address community needs. Trust is not built in one day or one month. These are long term processes that cannot be superficial and need to address root causes of grievances, insecurity and conflict. There are a number of issues that will need to be addressed such as police reform, corruption, unresolved historical injustices, and the development of an inclusive devolution framework. A national conversation that goes beyond the elite will be crucial for developing a common vision to address these and other challenges. Civil society and non-governmental organisations will have a central role in bringing people together from across ethnic and socio-political divides to develop a common agenda for change.

While there has been an important declaration of unity from Uhuru Kenyatta and Raila Odinga, it is essential that any reconciliation process addresses historical injustices and grievances of Kenyan communities. The process should be inclusive, allowing community voices to be heard – including defining what justice and peace means for them – and outlining what needs to change. Only then will reforms help drive long-term change and sustainable peace. 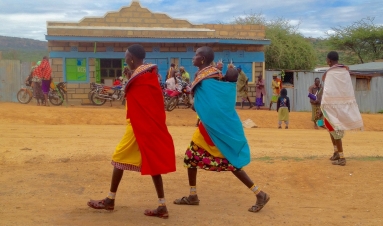 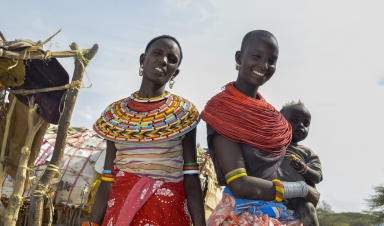