Independent review of UK conflict fund must be used to strengthen, not undermine, peace efforts 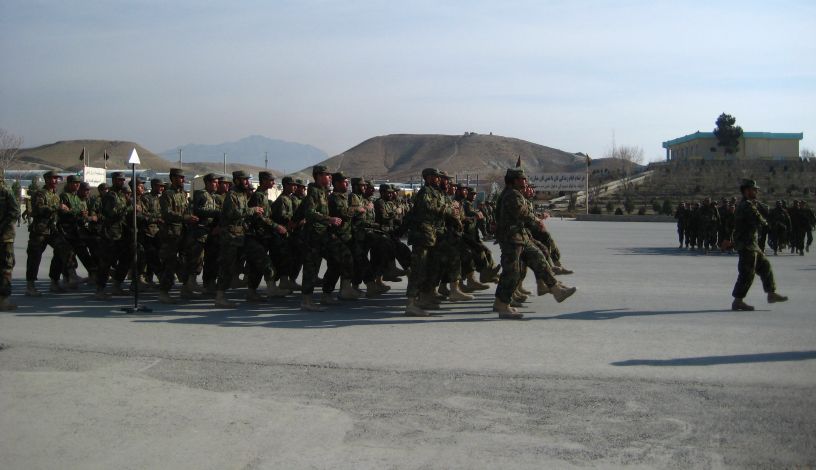 Following a review of the UK’s Conflict, Stability and Security Fund, Saferworld reflects on the ICAI findings and how they can be used to strengthen the effectiveness of its conflict prevention and peacebuilding efforts around the world.

The independent commission for aid impact (ICAI) today gave an amber/red rating in its review of the UK’s Conflict, Stability and Security Fund (CSSF), citing concerns over its effectiveness and its ability to learn lessons from past work. The CSSF is the main funding vehicle for the UK’s work to address conflict and build peace. The fund is overseen by the National Security Council and works to further the UK’s National Security Strategy. How can the findings of the review be used to strengthen the effectiveness of the UK’s work on conflict prevention and peacebuilding?

ICAI praised CSSF for its flexible approach to changing conflict dynamics, but found grave failings in its programme management, its learning about what works, and its focus on the end goal of building sustainable peace. Here, it highlights two key points. First, that programmes need to have longer timeframes if they are to effect lasting change; and second, that ‘theories of change’ underpinning programme design should always clearly and realistically explain how they will contribute to long-term and sustainable peace.

Improve performance management with a focus on tangible outcomes

Stronger theories of change could also make the task of better monitoring and learning more feasible. According to ICAI:

“[CSSF] Programme design documents often fail to distinguish accurately between activities (such as training security forces), outputs (the skills that are acquired) and intended outcomes (people using their new skills in useful ways). Many of the programmes we reviewed lacked plausible indicators, baselines, targets or milestones, and therefore had no way of assessing whether they were achieving their intended results. Inadequate theories of change and results frameworks were mirrored, across our sample, in weak monitoring and evaluation arrangements.”

In this sense, the recommendation to draw more on DFID’s extensive expertise in peace programme design, monitoring, evaluation and learning make a lot of sense. Evaluation of peace programmes certainly is challenging, but progress is possible. The key to better peacebuilding evaluation is to focus on outcomes, as Saferworld has outlined before. As ICAI acknowledges:

“Evaluative approaches that do not require results frameworks include outcome mapping and outcome harvesting. We have not seen evidence that the CSSF is using either of these approaches but note that one of its project implementers – Saferworld – is an innovator in the field of outcome harvesting”.

According to ICAI, CSSF is in the process of addressing this – so this will be an important issue to follow going forward.

ICAI raised concerns over the CSSF’s work with national security and justice agencies with poor human rights records. The report found that human rights impact assessments “were not always done in a timely way or were not of adequate quality. In (ICAI’s) sample, the assessments always led to decisions to proceed with the planned activities, without any design modifications, suggesting that they may not be an effective control mechanism.”

The review also flagged an overreliance on offering training to national security actors as a risk mitigation measure, even when the risks were more to do with political rather than capacity issues. Here, ICAI’s report laments the loss of expertise in the UK’s approach to security and justice when responsibility for this area of work was transferred from DFID to the CSSF.

We believe the UK’s approach to security and justice would benefit from reengaging DFID’s learning and ideas on the topic. As Saferworld and others have long pointed out, for the UK’s work on security and justice to be effective and sustainable for conflict-affected people, it is vital to listen to communities and civil societies on how they can be supported to demand reforms.

Be more transparent and inclusive when setting strategy and learning lessons

Another observation by ICAI is that “Implementing partners were not often part of the CSSF’s learning processes.” This has also been true of the development of the national security strategies underpinning CSSF’s approach, which would benefit from more civil society and local stakeholder input. So the report echoes calls for greater transparency and inclusion of partners in setting priorities for UK conflict prevention programming and in learning what works and what doesn’t.

Don’t throw out the baby with the bathwater

Alongside their criticisms, the review points to some positives. First, CSSF is nimble and ﬂexible. Its ability to react rapidly in conﬂict situations is often valuable. Second, ICAI commended CSSF efforts to ensure interventions and aid initiatives were relevant to UK country strategies and for adapting to conflict dynamics. Third, the report praised the CSSF’s approach to gender sensitivity, even if it needs to focus on this more during programme implementation and ensure that interventions are not only gender sensitive but also gender transformative. Fourth, CSSF has made improvements (particularly on its predecessor, the Conflict Pool) in enhancing communication and engagement between different government departments that need to work together coherently in responding to conflict.

CSSF remains the mechanism where the government invests in peace and conflict prevention and strives for coherence. This is challenging work in often turbulent contexts, but is as essential for UK national security as it is for tackling extreme poverty and advancing human rights.

A final takeaway is that the government should evaluate all the other strands of UK national security activity (those that are not counted as official development assistance) with the same rigour as ICAI has applied to the aid-funded parts of CSSF. This would ensure that the UK’s costly non-aid security initiatives and interventions are evaluated for their effectiveness in promoting long-term peace and stability. 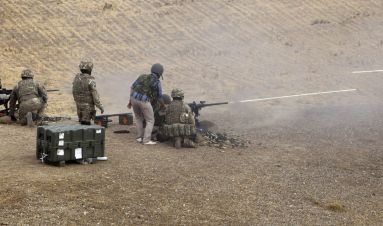 Playing with matches? UK security assistance and its conflict risks 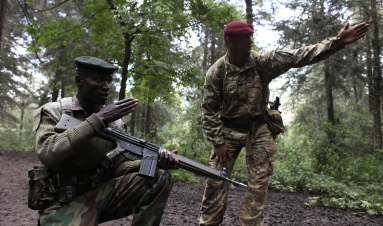