The UK, the US and France must prevent a Saudi and UAE backed assault on Hodeida

There is no military solution to the war in Yemen. Only an inclusive peace process will end the devastation.

Saferworld condemns the advance by Saudi and UAE backed troops towards the city of Hodeida and the announced plans for military assault. We call on the international community, in particular the UK, US, and France, to act urgently to prevent an assault on Hodeida and push the warring parties towards an immediate ceasefire.

This assault would have catastrophic humanitarian consequences and tip the country into famine. The port of Hodeida is the major lifeline for a starving country, where the UN emergency relief coordinator, Mark Lowcock, expects 18.4 million Yemenis to be “on the brink of starvation by December 2018”. An attack on Hodeida’s port would severely disrupt imports of goods into Yemen, including food, fuel and medical items. It is also likely to lead to significant civilian death and displacement, as Hodeida is a densely populated urban area.

These events come as the UN Special Envoy to Yemen, Martin Griffiths, seeks to restart peace talks between the warring parties. While the war in Yemen can only have a political solution, in Martin Griffiths’ words, an assault on Hodeida “would in a single stroke take peace off the table”.

There can be no military solution to the conflict in Yemen, which has achieved nothing but the suffering of millions of Yemenis, entrenched divisions, and enabled the proliferation of armed groups. The only way international actors can address the violence in Yemen will be through refocusing their attention on local grievances. An inclusive peace process will be essential for this.

The UK, the US and France must use their influence to prevent an assault on Hodeida and support the UN’s work to renew peace talks, reinforcing their efforts to convince all parties to return to the negotiating table and engage constructively in the peace process. Saferworld’s Yemen Country Manager Awfa Al Naami insists that “for the peace process to be successful, it must be inclusive. The diversity of Yemen’s population must be represented in order for peace to translate at the local level. Yemeni women, youth, and communities have an important role to play in building peace in our country”. 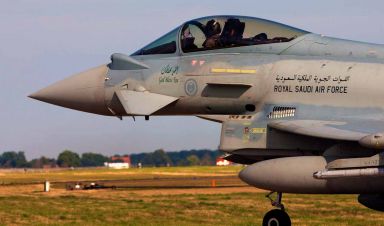