Saferworld’s Yemen team condemns the horrifying airstrike on a school bus in the Saada governorate on Thursday 9 August which killed 51 people, including 40 children, and injured many more.

In a conflict that has already claimed the lives of thousands of Yemenis, both from direct fighting and through its impact on food imports and infrastructure, last week’s attack was a horrific new low. We have lived through the conflict. We didn’t know we were capable of feeling this much sorrow and anger anymore, we have been proved wrong.

We join with other international organisations including the International Committee of the Red Cross and Save the Children in calling for an immediate and independent investigation into the 9 August deadly airstrike and other recent attacks on civilians and civilian infrastructure, including schools and hospitals. As Saferworld already stated jointly with other organisations in a letter to the UK Foreign Secretary, “such an act is not only unconscionable and heart-breaking, it also appears to be a flagrant violation of international humanitarian law (IHL).”

The letter also emphasised that “the UN Special Envoy had rightly said that parties needed to resolve this conflict through negotiation rather than through military means.” At a time when parties should be showing restraint, these increasing attacks on civilians and civilian infrastructure risk derailing the peace process before it has even begun.

We are working with communities; we see their efforts to promote peace for themselves and their children. Yemen wants peace. We want this war to stop. We want our children to play with no fear; we need to have hope in a new tomorrow.

The Saferworld team in Yemen. 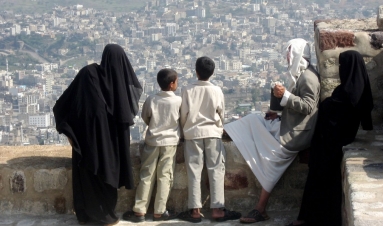 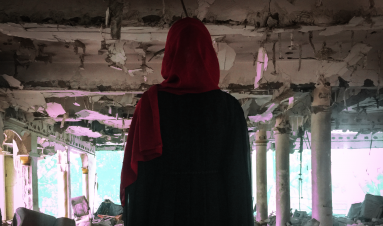 “The situation needs us to be active”: Youth contributions to peacebuilding in Yemen