On International Day of Peace 21 September 2018, international NGOs are drawing attention to the urgent need for peace in South Sudan.

Peace is the first and foremost priority to our partners and the communities we work with in South Sudan. We want to reiterate our solidarity with South Sudanese women, men, boys and girls who bear the brunt of the devastating conflict which broke out in December 2013. We are gravely concerned about the continuation of violence which has forced more than 4.3 million people to flee their homes. The conflict has led to 7 million people in South Sudan requiring humanitarian assistance. Up to 2.4 million children are out of school in the country - the highest proportion of out of school children in the world.

While it is vital to secure an agreement to end armed conflict, there needs to be political will to engage positively in the support of peace. Securing long-term peace in South Sudan requires more than a formal agreement. Ultimately any signed agreement can only deliver lasting peace if it is supported and connected with long-term transformational changes at the community level, which address grievances fuelling conflict and the causes of disaffection and disenfranchisement.

Despite the devastating conflict in South Sudan, local-level peacebuilding takes place in South Sudan every day bridging divisions, bringing communities and individuals together and restoring relationships.

We acknowledge and celebrate the peacebuilding work undertaken by community groups and organisations, young people, peace activists, churches, faith-based organisations, NGOs, traditional leaders and others. The participation of various groups in the process – civil society, youth groups, diaspora communities, women’s groups and faith-based organisations – can play a key role in the prevention and resolution of conflict in South Sudan. Exclusion of these groups from peacebuilding efforts- at national, regional or local-level - marginalises the voices of ordinary South Sudanese.

Building sustainable peace is a long-term process and empowering people to reconcile their differences locally and end violence is an achievable and crucial step forward. Peacebuilding at the local level can create space and commitment which can strengthen the implementation of national level agreements and should form part of a comprehensive approach to lasting peace. 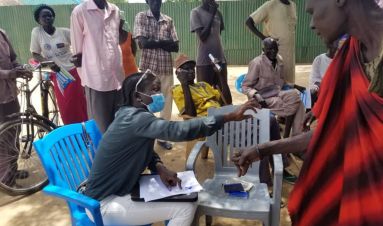 “People are living a normal life”: challenging the myths of COVID-19 in South Sudan 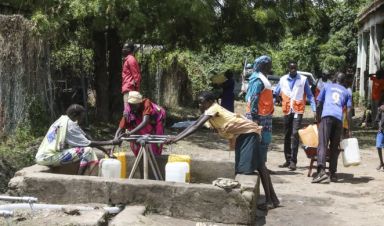 A tale of two crises: Conflict and COVID-19 in South Sudan