Beyond Boundaries: building bonds through dialogue 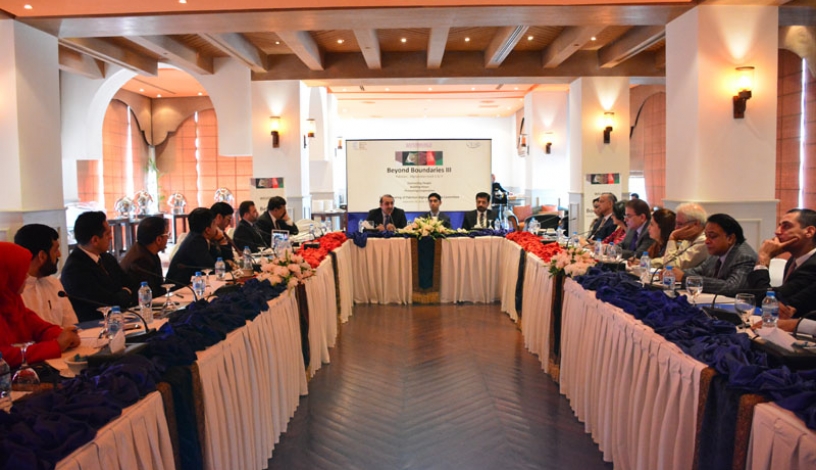 Neha Zaigham, Saferworld’s policy adviser in Pakistan, attended a recent dialogue between Pakistan and Afghanistan where delegates discussed a range of bilateral issues including peace and security, trade, media relations and refugee repatriation. This blog shares her thoughts on how the ‘Beyond Boundaries’ dialogue process is going.

Earlier this month I was fortunate enough to attend a day-long session as part of the three-day dialogue process between Pakistani and Afghan delegates in Islamabad, which was organised by our partners Center for Research and Security Studies (CRSS) in Pakistan and Organisation for Economic Studies and Peace (OESP) in Afghanistan. The dialogue process, which began in 2015, helps improve relations by bringing together delegations from the two countries to discuss a range of bilateral issues. Coming from Saferworld, I was interested to see how the delegations from Pakistan and Afghanistan engaged with each other through this process. They were made up of former military and business leaders, foreign office officials, acting members of parliament and media specialists – ensuring a wide range of views from both sides of the border. Over the course of previous dialogue sessions, participants agreed on a range of topics such as how youth could be engaged in political processes and how to improve communication between the civil and military leadership of both countries.

It was clear over the course of the day that there was genuine camaraderie and mutual respect on both sides, as well as a desire to make progress in finding solutions to problems facing the two countries – a true sign that the dialogues between the two countries are bearing fruit. As Ambassador Seema Baloch from the Pakistan group stated, “It was an opportunity to meet again with colleagues from Afghanistan and discuss issues which are hard to discuss for our two sides”. This desire for change is possible in part because of the multiple sessions of the dialogue process which have taken place over the past three years, providing a safe space where delegates can share concerns, come up with solutions, and look ahead to future opportunities. In addition, the recent Afghanistan Pakistan Action Plan for Peace and Solidarity (APAPPS), provides a state-sanctioned foundation on which we can discuss and build on improved relations and cooperation. As Ambassador Baloch said, “Prior to APAPPS, the blame game on both sides was more vocal. I felt it was more subdued this time as both countries want to try and focus on the implementation of APAPPS”.  This is perhaps a sign of changes to come.

One discrepancy that did stand out was the lack of women in the Afghan delegation. However, this was not from a lack of options or efforts from the partners to invite women to join the dialogues. Female delegates were originally supposed to attend but were unable to due to unforeseen circumstances. The absence was stark, especially due to the attendance of multiple high level female participants from the Pakistani delegation. There was also no representation from the Pakistan Tehreek-e-Insaf (PTI) party, which came to power in Pakistan after a recent election. Views from the new government's perspective would have benefited those present. We as a consortium can and must do better in ensuring more balanced participation at future dialogues. 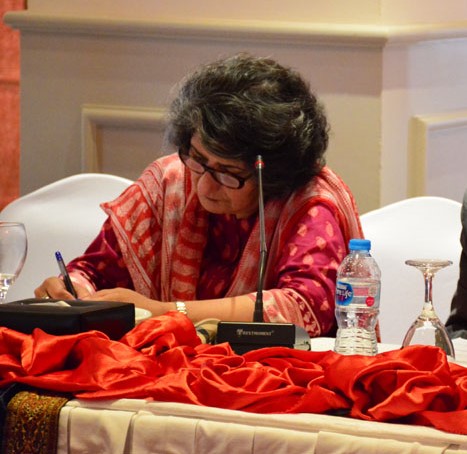 Ambassador Seema Baloch noting down the joint recommendations from the day's sessions.

Participants had the chance to discuss the implications of APAPPS, the formation of the new government in Pakistan, as well as upcoming elections in Afghanistan and perspectives on peace and security initiatives. There was also a session dedicated to determining the best way to improve media exchanges, and the possibility of changing the narrative of suspicion and misgiving within Afghan media toward Pakistan. Mr Fraidoon Sekander spoke at length about Pakistan’s accommodation of Afghan refugees and the Afghan and Pakistan governments’ joint efforts toward repatriation and resettlement of returning Afghans. The depth of knowledge, level of engagement, and commitment to the process was evident throughout the eight hour programme. 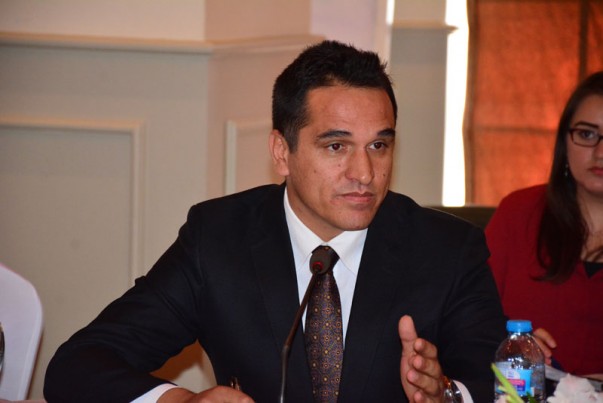 Some backlash on social media about the dialogues is an unfortunate reminder that many in Afghanistan and Pakistan do not support the peace process. But after witnessing the session and hearing about the meetings that followed, I have no doubt that both groups are committed to cutting through the negativity and making progress. I could see this passion in the jokes, rapport, and even in the arguments that made the dialogue session so dynamic and alive.

Top photo: Mr Zardasht Shams, the charge d’affaires at the Afghanistan Embassy in Pakistan, and Dr Muhemmed Aejaz, additional secretary for Afghan affairs and west Asia, speaking to the Afghan and Pakistani delegates for the Beyond Boundaries Dialogue on 6th September, 2018.

Read more about our work in Afghanistan.

Read more about our work in Pakistan.

Strained neighbours: the impact of Afghanistan’s transition processes on conflict in Pakistan 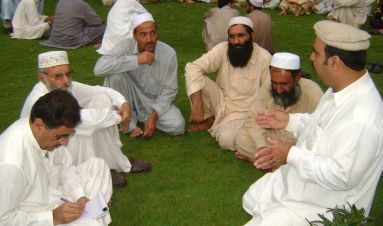 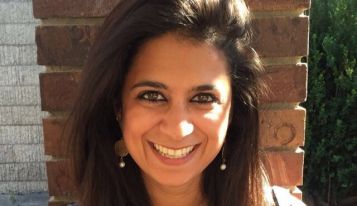