16 Days of Activism against gender-based violence: what’s peacebuilding got to do with it? 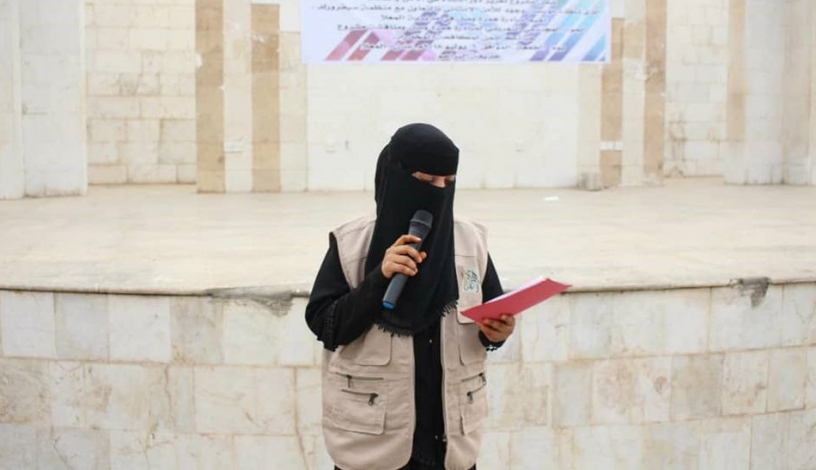 It’s been a year now since I joined Saferworld as a senior gender adviser and the anniversary coincides with the 16 days of Activism against gender-based violence (GBV). The coincidence is befitting, as I spent four years working on GBV in conflict and humanitarian settings before I joined the peacebuilding world.

Many peacebuilding organisations like Saferworld have developed excellent policy thinking and tools to ensure that peacebuilding understands and takes into account the different needs and experiences of women, men and sexual and gender minorities in conflict-affected contexts. Many of us are also working to challenge gender inequality, violence and conflict. But peacebuilders often still see GBV only as a symptom of conflict. Similarly, international and national approaches to prevent and respond to GBV are usually separate to peacebuilding approaches.

So how can peacebuilders better understand the links between GBV and their work, and how can we work with other sectors and communities to prevent and respond to GBV?

A recent study found that violence against women and girls (VAWG), gender inequality and conflict reinforce each other. We know that gender inequality is the main cause of GBV. But GBV is also indirectly driven by the same factors as those causing conflict. In South Sudan, for example, these are economic insecurity, criminality, displacement, the normalisation of violence and a breakdown of the rule of law. Gender norms causing inequality can also lead to broader conflict, like those leading men to raid cattle in order to pay bride prices, marry and then be considered a ‘real’ man by their communities.

This link is clear in Saferworld’s work, as our recent research on Yemeni women confirmed. With our partner organisation Wogood, we found that GBV is increasing in Yemen — the United Nations Population Fund estimated a 63 per cent increase since the conflict escalated— driven by the need of many men to reassert masculine power and counteract women’s growing roles in economic and social life. Necessity, lack of opportunities for men and their refusal to engage in ‘low status’ jobs are forcing Yemeni women to leave their homes and provide for their families, leading them to become more active in their communities. To maintain their power, men are becoming more violent towards women and are also joining armed groups to be able to live up to those gendered expectations of men as strong protectors and providers.

Our research in Yemen also found that GBV is being used to not only oppress women and limit their participation in public and political spaces, but that it is actually driving violent conflict itself.  Many women are being forced through the manipulation of gender norms and the threat of GBV into supporting different sides of the conflict as their husbands, sons and brothers are recruited into fighting and they are under pressure to “breed patriots and raise martyrs”. Furthermore, women who are vocal against the authorities are being repressed through the use of GBV and enforcement of gender norms.

As peacebuilders, we must remain concerned about how gender norms drive conflict and continue to unpack how those with power use and manipulate gender norms to drive their political agenda. GBV is one of the main tools they use to enforce discriminatory gender norms and violent practices and to maintain these highly gendered power bases.

Once we understand the two links explained above, the next step is to think how we can better incorporate GBV into peacebuilding programmes.

GBV should be understood as a human and community security issue, affecting people and driving other forms of violent conflict. It can be addressed by working collaboratively with communities and authorities, and by making justice more accessible.

For example, in Somalia Saferworld and partners have strengthened the relationship between police and communities to tackle GBV, and we are also working with young men, women and artists to develop plays, poems and music on GBV in a culturally-sensitive way.

In Kyrgyzstan, we worked with community leaders to recognise that gender inequality is a serious security problem, and to consider gender when planning responses that are inclusive of GBV survivors. In Tajikistan, we support communities to address domestic violence through training and leading social media campaigns to raise awareness.

In Karamoja, Uganda, we work with partners to increase women’s participation in their communities so they can play a role in countering harmful gender norms and advocating for their rights.

Similarly, our Yemen team and partners work with men and women to strengthen their participation in initiatives to contribute to improved community security, including by getting formal IDs for women to improve their access to education, jobs and other basic rights and services.

All of these approaches are driven by the needs of communities, including women within those communities, and are based on equal and meaningful partnerships.

Peacebuilders should link the Women, Peace and Security (WPS) Agenda to other policy frameworks, bridging the links between gender inequality, GBV, sustainable peace and development. For example, Saferworld is working to strengthen the links between the 2030 Agenda’s Goal 5 on gender equality and Goal 16 on peaceful, just and inclusive societies. This will be highlighted in an upcoming event in the House of Lords, on how to bring together the WPS and Sustainable Development Goal agendas effectively to promote gender-sensitive approaches to peace and security.

In Somaliland, we are working with our partner on the priority issues of eradicating female genital mutilation and increasing women’s political participation, which fall under the umbrella of Sustainable Development Goals.

We cannot ignore the clear links between gender inequality, GBV and conflict any longer. The evidence is there, and communities are asking for support in addressing these issues. Saferworld believes that gender-sensitive peacebuilding is an effective way of preventing GBV. One step we are taking is to launch internal GBV guidelines to support our staff to respond to and support survivors sensitively and ethically while bearing in mind we do not directly provide GBV services to survivors. Many more possibilities lie ahead, and I am excited to continue finding creative ways to work together to end gender discrimination, GBV and the violence and fragility they cause. 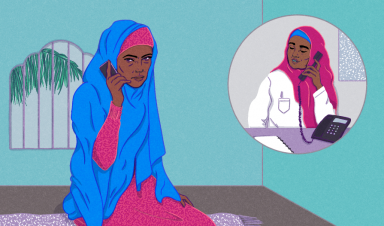 Gender and COVID-19: responding to violence against women and children in Somalia 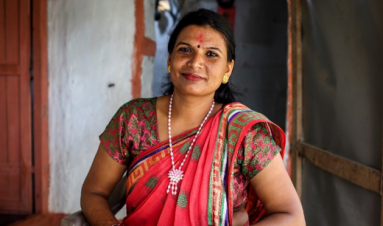 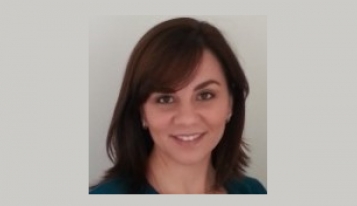