Aid but no peace: humanitarian action in northern Uganda 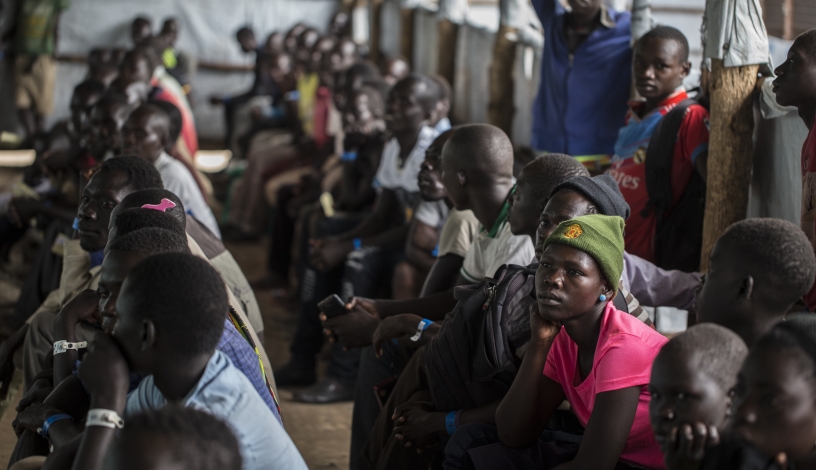 In this blog, the latest in our humanitarian blog series, Bettie Atyam Amaso reflects on how aid agencies supporting South Sudanese refugees in northern Uganda could better engage with the priorities and experiences of crisis-affected people.

Five years on since the outbreak of the civil war in South Sudan, almost 800,000 refugees have arrived in neighbouring Uganda, with the majority settling in the north of the country. Uganda has responded by putting in place one of the most progressive refugee responses in the world, maintaining an open-door policy and allowing refugees to work, travel and access public services including health and education. However, the positives of these supportive policies are at risk of crumbling if they are not nurtured through a response that’s sensitive to conflict.

In the last year, I have made four visits to different refugee settlements to see how the arrival of refugees has affected conflict dynamics in the region. A lot of people I spoke with there have concerns that humanitarian organisations aren’t paying enough attention to conflict analysis, prevention and resolution. This goes beyond being attentive to tensions between refugee and host communities.

In July, a woman refugee in Adjumani, one of the hosting districts in northern Uganda, told me that although ethnic divisions contributed to the current state of affairs in South Sudan, the world is not paying attention to how these tensions and divisions are manifesting within the settlements in northern Uganda. These tensions, she said, have far-reaching consequences and could not only escalate violence in settlements but could also cause a relapse to violent conflict when refugees return home.  A seventeen-year-old boy, who lives in Bidibidi, the world’s second largest refugee camp, told me that he had not known what peace meant until he crossed the border to Uganda. But he was quick to add that the suspicions, fights and hatred among certain groups in the settlements make him question why Uganda is referred to as a sanctuary for refugees. “I feel as if I am still in South Sudan but with the guns silent…food is given to us but that is not enough”, he said.  These observations illustrate how conflict dynamics in South Sudan have been exported to camps in northern Uganda. This is real. This is sad, and this is dangerous.

Host communities are feeling the burden of ever increasing numbers of refugees and they fear not enough is being done to deal conclusively with the underlying issues in South Sudan which are causing people to flee. They have also said that sustainable peace in South Sudan is unlikely to be achieved if refugees are not involved in open and honest discussions aimed at finding solutions to the causes of divisions and ethnic tensions in the settlements. There is a widespread feeling that, by failing to address the causes of these divisions, humanitarian organisations aren’t addressing the most pressing needs that people in the camps face. Many Ugandan hosts see the refugee camps, though not devoid of conflict, as environments for engagement and discussion on the conflict in South Sudan, and would encourage refugee efforts in finding lasting solutions to the situation in South Sudan.

After speaking with a range of humanitarian agencies working in northern Uganda, it has become clear to me that, whilst they are deeply committed to helping refugees, their day-to-day work is very much focused on identifying and responding to refugees’ immediate material needs only. There has not been enough of a focus on understanding how assistance that is provided interacts with conflict dynamics, both in the camps and beyond.  This has led to aid being provided that is not as well suited to the context as it could, and should be.

At worst, this is exacerbating tensions within and between communities. Solar lamps, for instance – widely considered symbols of affluence – have been given to refugees in villages where the majority of people use kerosene-lit lamps. This has contributed to envy among hosts and rising tensions, many of whom feel that the needs of refugees are prioritised by international and national agencies over their own. In some camps, refugees have complained that they feel that the services they receive are of a poorer quality than those received in other camps. Given that many camps are segregated along ethnic lines, this is potentially dangerous (irrespective of whether it is true or not), since it creates a perception that certain groups benefit more than others. Poorly designed aid meanwhile, such as providing goats to refugees who have no fields for grazing, or iron sheets when they do not have poles or bricks for construction is exacerbating feelings that aid is being wasted. Engaging closely with crisis-affected people is critical to getting immediate aid right the first time.

Furthermore, all this is happening in an area of northern Uganda which has already experienced conflict, where competition for scarce resources is high, and where there has been a reported increase in tensions and outbreaks of violence. As the refugee crisis in northern Uganda becomes protracted, there is a very real danger that tensions, if poorly managed could easily escalate.

There is no doubt that refugees and host communities in northern Uganda need support, and that international aid is an important provider of such support. From my conversations with people affected by the refugee crisis, it seems clear that if international organisations were better able to tailor these responses to the priorities and realities of refugees and host communities, peacebuilding would be a core part of the crisis response.

So, when will the international community and refugee hosting countries place crisis-affected people and their priorities at the centre of humanitarian assistance? When will they start prioritising conflict-sensitive humanitarian action in conflict-affected situations? To all of us who are engaged in responding to the needs of refugees, we must start asking the right questions and listening better so that we touch the deeper issues that matter to refugees. What drives refugees to a foreign land shouldn’t follow them there.

This blog is part of a series produced by Saferworld on the theme: towards a devolved and conflict sensitive humanitarian system. Please email humanitarian@saferworld.org.uk to receive the blog series direct to your inbox or to propose a guest blog on the series theme. 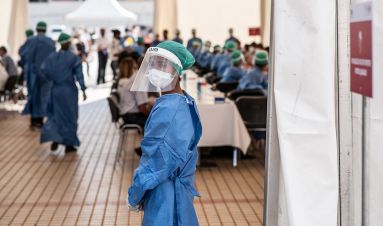 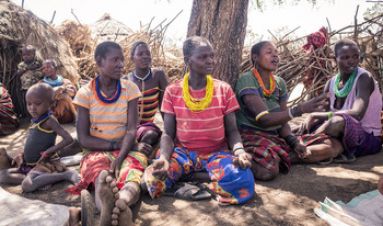 Gender analysis of conflict: why is it important?