A new survey by Saferworld and the Karen Peace Support Network demonstrates that people in Myanmar’s Karen ceasefire areas continue to face severe insecurity, in the context of protracted armed conflict, routine violence, abuse and exploitation.

In 2017 and 2018, Saferworld teamed up with the Karen Peace Support Network (KPSN) – the largest network of Karen civil society organisations in Myanmar, working to empower local Karen communities, raise awareness of the peace process, document human rights issues, and facilitate advocacy for a sustainable and equitable peace in Karen areas – to conduct a knowledge, attitudes and practices survey among people affected by the 69-year-old armed conflict between the Myanmar Armed Forces (Tatmadaw) and the Karen National Union (KNU).

The conflict began in 1949, and despite a series of ceasefires signed between 2012 and 2015, Karen areas of south east Myanmar still face a significant humanitarian challenge. While the Tatmadaw has enjoyed full or partial rule of Myanmar since 1962, and has sought to instate a highly centralised system of government, the KNU has been demanding a federal and democratic system of government that would provide the Karen nationality with greater self-determination. The KNU has maintained parallel-like government structures for social services, land management and justice among other key functions since it was founded, and it is an important governance actor across much of rural south east Myanmar.

Covering 2,020 respondents in 72 villages randomly selected from across south east Myanmar, the survey provides information that is as representative as possible of the conflict-affected area’s population. It constitutes a unique evidence base to support efforts to address the root causes of conflict and insecurity, while also informing authorities and aid actors on community experiences and needs. Over half of the respondents were women and over three quarters were ethnically Karen.

The survey uncovered widespread experiences of violence and abuse. Eighty per cent of households stated experiences of violence or abuse by the authorities, such as shootings and burning of villages, each having affected more than 30 per cent of the surveyed population (Figure 1.10). Though respondents were reluctant to name specific armed actors for acts of violence and abuse, corroboration with existing KPSN, United Nations and other research indicates that most of the forms of violence documented are heavily associated with widespread practices carried out by the Tatmadaw and its proxy forces systematically and under unified command. As noted by the UN Human Rights Council in 2018, “For three decades, successive special rapporteurs on the situation of human rights in Myanmar concluded that patterns of human rights violations were widespread and systematic, linked to State and military policy”. 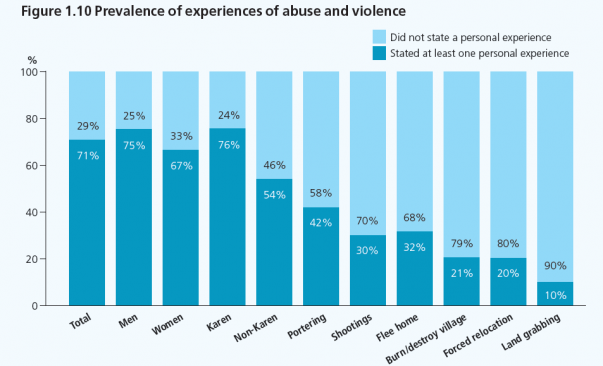 Forced labour and portering (the carrying of equipment and weaponry for military operations) were the most widely experienced forms of violence and abuse prior to the 2012 ceasefire, affecting a majority of the surveyed households, often more than once or very regularly. Since 2012, the most common form of abuse has been land grabs, with 1 in 47 surveyed households having had land taken from them by authorities in this period, almost all of which were in areas of full or partial government control.

The governance landscape in the survey area is extremely complex. Sixty-one per cent of the respondents were found to be living in villages under the ‘mixed control’ of the Government of Myanmar (GoM), KNU and sometimes other armed actors, based on a measure combining data on each actor’s service delivery, taxation and presence of soldiers. Twenty per cent were under near total KNU control, and 19 per cent were under near total GoM control.

Across these areas, the KNU was found to enjoy notable legitimacy among large swathes of the surveyed population, predominantly among Karen people. Respondents said that in addition to liking the KNU the most, they would also prefer it to govern their area, and saw it as the most suitable provider of security, safety and justice, when compared with the GoM and smaller Karen armed factions that splintered from the KNU. This is likely because of ethnic and linguistic ties, the embeddedness of KNU institutions in local communities, the KNU’s historical position as the primary political organisation representing Karen society, and because of ties to Karen ancestral lands. 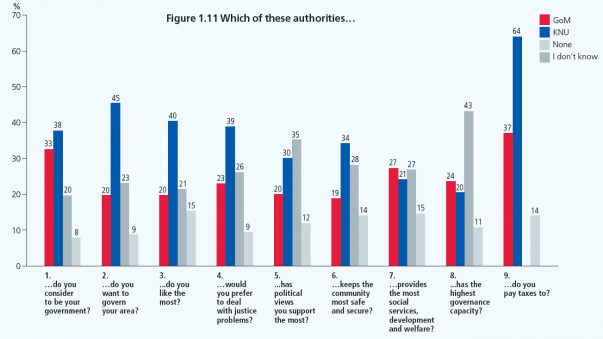 Interestingly, this is in a context where the GoM provides social services and development reaching roughly the same numbers of Karen respondents as from the KNU, indicating that investments in public services and development do not automatically translate into legitimacy being conferred by the population. Such investments are central to the stated ’peace’ strategies of successive GoM administrations (not to mention to many international peacebuilding and state-building practices) but are inextricably linked to the military’s strategic extension of centralised control over both territory and people.

Throughout the survey, women were consistently more likely to respond with ‘I don’t know’. This was in particular the case in response to questions on protection and access to justice issues, and was most prevalent in mixed-control areas. This implies that there is more ambiguity among women with regards to who keeps them safe and where they access justice. It is also likely that this is related to the patriarchal nature of Myanmar societies. However, additional research by the Karen Women’s Organisation indicates that answering ‘I don’t know’ is often employed as a protection mechanism, or it can relate to women feeling that it is not their place to have an opinion.

Large numbers of respondents expressed that justice cases, including serious cases, were regularly not reported to any authority in their community. When cases are reported, respondents indicated that people nearly always go to the village leader first, and the majority of cases reported to a village leader were resolved at the village level. From the 89 village leaders in the 72 villages covered – some mixed-control villages had two village leaders – none were women. Seven per cent of respondents had reported a case to an authority before, among whom 82 per cent reported it first to their village leader. For referrals, the KNU system appears to provide clearer referral processes and a greater set of options for people to report their cases compared with the GoM system. The biggest difference in questions regarding access to justice was along gender lines. For example, on the question of how common it is to report ‘big’ justice cases, women were far more likely to say that it was uncommon when compared to men.

Respondents were pessimistic about the peace process between the Myanmar government and various ethnic armed organisations. Only 14 per cent of respondents said they were confident that the peace process would lead to sustainable peace (Figure 1.13). Additionally, 45 per cent of respondents – including 68 per cent of those in KNU-controlled areas – were worried that fighting would break out in the next five years, as has happened intermittently despite the ceasefire. 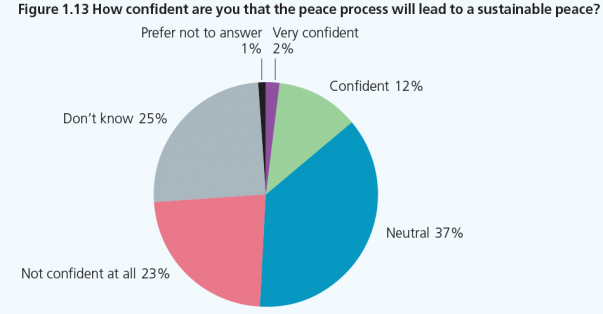 What do the survey results mean for peace and security in Karen ceasefire areas in Myanmar’s south east?

As the results make clear, a significant number of people have suffered and continue to experience violence and insecurity in the areas surveyed. In order to address the issues highlighted in the survey, a number of urgent steps are needed to ensure the basic safety of civilians, including the immediate demilitarisation of ceasefire areas, a reduction of tensions and strict adherence to regulations and accountability measures for all security forces to respect human rights standards. Refugees and internally displaced persons need humanitarian support and improved protection. Authorities, especially the GoM and splinter groups, should enforce a moratorium on major development projects, take steps to end land grabs and to set up means for restitution of confiscated lands, and regulate business practices more responsibly and transparently. This will depend on serious commitment from the Myanmar government to make the economy more inclusive, equitable and decentralised.

Given the widespread presence and perceived legitimacy by communities of the KNU governance structures, the GoM should ensure the recognition of EAO and community governance and social service systems and officially recognise the KNU’s laws, policies and governance. This can, in part, be achieved under the structure of the ‘interim arrangements’ – referred to in the NCA as the period since the signing of the NCA and prior to a political settlement. This will make ceasefires more stable, improve the well-being of conflict-affected communities and provide space for improved governance and development.

There are lessons from the survey and the experiences of people living in Karen ceasefire areas that are relevant for national-level peace and security. Consolidating peace at a national level will mean developing a more inclusive, democratic framework for political dialogue and undertaking security sector reform to create more inclusive, representative and accountable armed forces and justice institutions that guarantee the safety of all communities in Myanmar.

Finally, sustainable peace will depend on leaders and the whole country coming to terms with the sheer scale of suffering experienced by conflict-affected people, by providing formal acknowledgement to those who have suffered and survived, ensuring justice and accountability for past and ongoing crimes and systematically addressing the remaining causes of insecurity. None of these issues will be easily solved and all require unprecedented political will and resolve from leaders on all sides of the conflict to end the protracted cycle of conflict, violence and insecurity.

Read our survey on security, justice and governance in south east Myanmar. 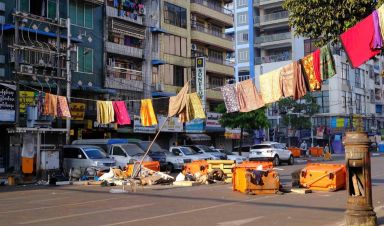 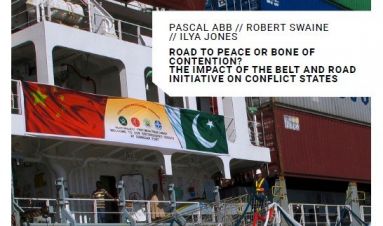