In legislation to reduce global violence, can US move beyond a focus on “extremism”? 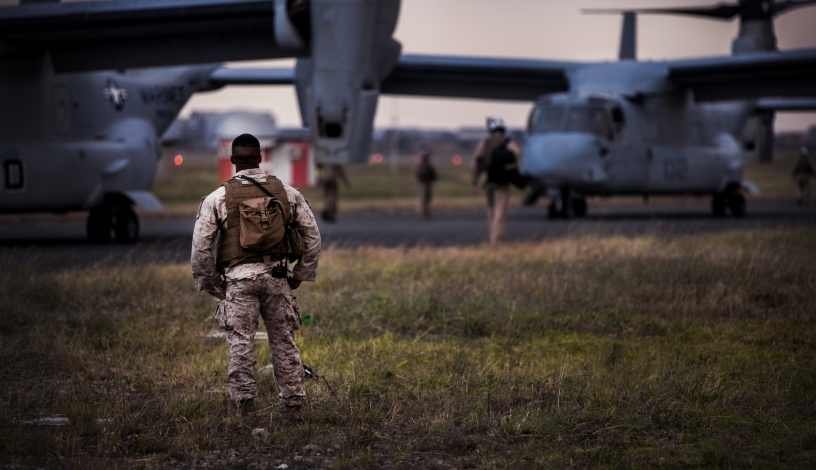 "In legislation to reduce global violence, can US move beyond a focus on “extremism”?" by Jason Calder was originally published on Just Security.

The Global Fragility Act now before the US Congress is a chance to break with 18 years of failed counterterrorism policies that have cost the United States $5.9 trillion and the lives of more than 10,000 Americans, in addition to the hundreds of thousands of foreign nationals killed in the fight. As lawmakers review the legislation – the House just passed its version this week — they will be considering recommendations from a major report released earlier this year by the Task Force on Extremism in Fragile States that encourages a greater focus on addressing the factors that give rise to ‘extremism.’ But to steer US policy in a new direction, they must be careful to avoid a narrow focus on battling ‘extremism’ at the expense of addressing the underlying human security and governance deficits that cause violence and state fragility.

A (flawed) case for change

Headed by 9/11 Commission co-chairs Tom Kean and Lee Hamilton, the task force brought together foreign policy heavyweights to explore options for preventing the spread of ‘extremism’ in the Sahel, Horn of Africa and Near East.  The resulting report makes some stark observations. Despite massive US security investments, terror attacks have grown five fold since 2001 and the number of Salafi-jihadist fighters has more than tripled across 19 countries. So the task force acknowledges the need for new policy thinking.

But the report’s strongest points rest partly on a flawed framing of the problem that could lead to problems down the road.

A new focus on prevention

Bipartisan recognition that enough is enough – that it is time to stop digging ourselves deeper into a hole and instead focus on addressing the underlying causes of ‘extremism’ – is welcome and long overdue. The report recognizes that what it calls ‘extremism’ in fragile states is largely driven by governance failures, and that over-reliance on hard security responses is inadequate and even counterproductive. This resonates with findings from Saferworld’s research on counterterrorism and countering violent extremism and the US government’s recent Stabilization Assistance Review, both underscoring the need to rethink the administration’s National Counterterrorism Strategy. The task force suggests that prevention could even replace counterterrorism as the dominant US policy in fragile states.

The task force also highlights the need to understand the drivers of fragility in different contexts, and makes recommendations for greater coherence across diplomacy, development, and defense institutions as part of a new Strategic Prevention Initiative. This initiative would promote prevention through a focus on root causes, and would marshal multilateral support through a Partnership Development Fund.

So far so good. If adopted, focusing on prevention of violent conflict by homing in on root causes could help concentrate American resources on achieving peace, good governance, and human rights. Policy coherence and partnership will indeed also be essential. The task force is also correct to emphasize that well-governed, socially cohesive societies are built from within and over a long period, and that the role of the United States should be to support (not impose) this process, while avoiding harm.

However, these sound propositions are jeopardized by the recommendation to center US prevention strategy on ‘extremism.’ This is problematic for a number of reasons, as the track record of existing counterterrorism and countering violent extremism (CT/CVE) efforts clearly shows:

1. Strategies focusing on ‘extremism’ often miss the point. The task force portrays ‘extremism’ as a unitary, global ideology driven by hatred of free societies like the United States. But this risks conflating what are actually diverse movements and fighters with distinct, often local, motives. US strategy should instead be a logical response to a deeper understanding of the motivations beneath specific groups’ affiliations with global jihadist brands.

More broadly, however, the ideologies and actions of groups that carry out terror attacks are often not the biggest strategic threat within unstable contexts. The classic example here is Syria. Despite all the blood on the hands of the Assad regime, with counterterrorism objectives given primacy by the U.S., there hasn’t been a coherent US strategy to counteract the pernicious factors and actors that created ISIL and al-Nusra.

In places like Lamu on the Kenyan coast near Somalia where al-Shabab has mounted attacks, CVE programs have struggled to diagnose and focus on the problems that seem fairly clear if you ask people what underlies local violence: ethnic profiling and heavy-handed security forces; domination of the local economy and resources by outside elites, particularly through land dispossession; lack of fair representation within the state; and a pervasive lack of sensitivity and responsiveness of national government to local concerns.

2. Imposing external priorities is a poor response to local dynamics. In Somalia, a degree of sympathy for al-Shabab persists in the society. This is partly a reaction to the behavior of Somali armed forces and clan militias. It also is due in part to the inherent resistance to the armies of neighboring countries such as Kenya that have, in some cases, used violence indiscriminately, exploited illicit commerce, and pursued their own geopolitical interests on Somali territory. Despite the occasional brave attempt to study such issues, the ‘extremism’ label has relegated Somali concerns about these problems to secondary status and prevented them from being addressed as a central element of strategy.

3. Subordinating good governance to counterterrorism agendas distracts from the need to promote reform. In Kenya, allegations continue about extra-judicial killings connected to the government’s counterterrorism efforts. Although these can feed revenge attacks, most international donors in Kenya continue to support CT/CVE efforts that try to build on the government’s approach rather than attempting to transform it into something less abusive and more productive. A better priority for the international community would be to address the decisive role that corrupt, abusive, and exclusionary governance plays in fueling fragility and the violent actions of rebel groups, as noted in a wide-ranging 2017 study of extremism in Africa for the United Nations Development Program.

4. Co-opting civil society is no substitute for solidarity. Sustainable improvements in government behavior depend on supporting society to challenge authorities and work for change. Civil society leaders working in Libya, Tunisia, Yemen, the Philippines, and elsewhere, often lament the pressure for them to side with governments and donors on CVE, even when doing so could expose them to risks. This orientation also has the potential to undermine and remove already scarce funding from peace, accountability, and reform efforts. In Tunisia, Saferworld found communities to be skeptical about CVE efforts in the absence of tangible progress on public services, democratic security provision, jobs, and legitimate mechanisms for exercising a political stake in the country’s future. Civil society organizations were being asked to partner in CVE, for example, but not supported to play a role in shaping much-needed security reforms.

5. Careless buy-in to ‘extremism’ campaigns can fuel repression. A key issue with the task force report is that it speaks of a US focus on ‘extremism’ rather than ‘violent’ This is dangerous, given that governments like Egypt have used the ‘extremist’ label to attack political opponents and civil society, regardless of whether they are violent. Even in contexts like Kyrgyzstan, laws criminalize ‘extremism’ and related activities regardless of whether they are violent, potentially undermining freedom of religion, speech, expression, and association. For the US, with its values built on political and religious freedom, to greenlight the prosecution of ‘thought crime’ through a policy focus on ‘extremism’ would be totally counterproductive.

A preoccupation with ‘extremism’ would divert attention from the core issues of governance and human rights, undermining prospects for long-term stability and peace. Applied carelessly to the Fragility Act, it narrow the focus to war-on-terror battlegrounds instead of retaining a global view on fragile contexts, which was the original intention behind the legislation.

Helping conflict-affected societies respond to their greatest challenges does not mean narrowly assisting them to “resist the scourge” of extremism. It also does not mean ignoring the role violent ideologies play in conflict.  It does mean working in a constructive and balanced way on a wide range of factors and root causes, and resisting calls to paint all violent non-state actors and their sympathizers as extremists or terrorists.

The report’s best recommendations can lead to better policy and practice. The Global Fragility Act has been reintroduced in the 116th Congress, and has been amended to bring on board some of the task force’s recommendations. While the Senate bill adopts the problematic ‘extremism’ framing from the task force report, the recently passed House version does not.

As Congress reviews the legislation, they should consider three objectives.

First, avoid making ‘extremism’ the main issue. It is not necessary politically, given the bipartisan support the Global Fragiliy Act has long enjoyed, and is not helpful to the task at hand. Instead, focus on peace, conflict, and governance. Framing the problem as violent conflict and fragility, as in the House version, would mean a more effective focus on peace through tackling the drivers of violence. It also would allow all branches of government to address the role of violent groups in a balanced way – without obscuring other critical issues such as state-sponsored violence, criminal networks, warlords, political exclusion, and human rights abuses. With better framing, the task force report’s strong points – a strategic initiative, coherence, multilateral partnerships, and improving governance in solidarity with communities and civil society — could lead to positive change.

Second, be more ambitious. The Global Fragility Act calls for 10-year strategies to stabilize conflict-affected areas and prevent violence and fragility in a handful of countries or regions, followed by evaluations of their effectiveness. But what happens in other fragile states in the meantime? Transnational violent groups could exploit any areas neglected under this strategy. Besides, US counterterrorism strategy has not been incremental; neither should violence prevention. Experimentation, adaptation, and learning are needed, but it can never be too early to extend violence prevention and peacebuilding efforts – and roll back harmful approaches – in more contexts.

Third, listen to civil society in fragile states. Community leaders, human rights activists, anti-corruption campaigners, good governance advocates, and peacebuilders in fragile states are already working to defuse and prevent violent conflict, and are natural partners for long-term American conflict prevention. U.S. lawmakers and officials should seek their counsel as fragility legislation takes shape, and on any strategic prevention Initiative if it passes.

As the task force report observes, poorly governed fragile states are fertile ground for the rise of violent groups. So far, focusing on ‘extremism’ has distracted from the real drivers of conflict. The real priority for the United States is to address not just ‘extremism’ but violent conflict overall by being clear-eyed about the complex factors driving it and what contributes to sustainable peace. Shifting emphasis to preventing violent conflict and building a just and inclusive peace rather than fighting ‘extremism’ would mark a clean break from past strategies and blunders. 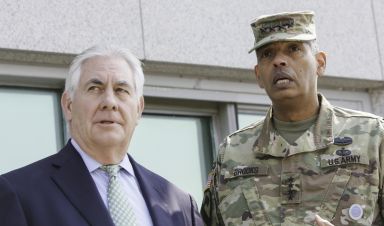 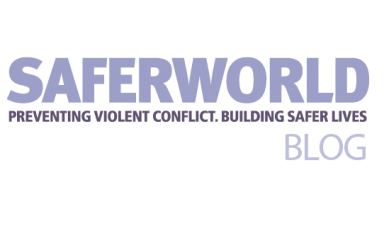 Jason Calder is the Saferworld USA Head of Office in Washington, D.C. where he manages Saferworld’s policy and advocacy work.