A lack of funding is holding back US leadership on Women, Peace and Security 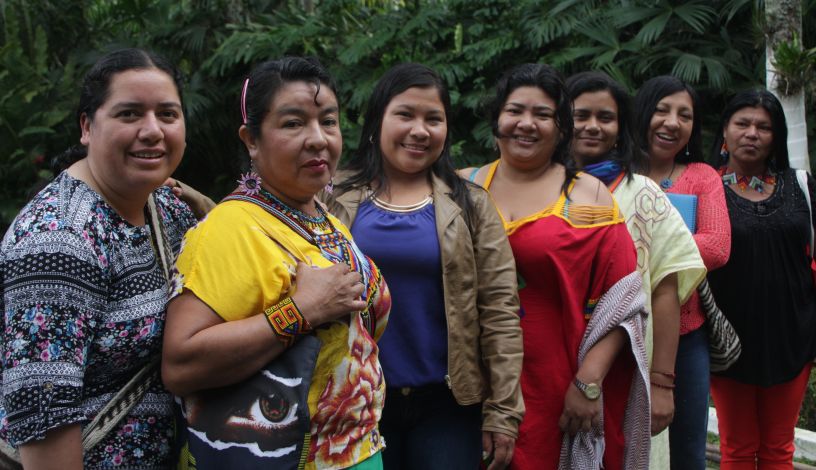 The Women, Peace and Security (WPS) Agenda calls for a gendered perspective of conflict and a response to its distinct impacts on men and women, boys and girls. It also calls for a closer look into the gendered drivers of conflict, the transformation of gender power dynamics, and women’s equal and meaningful participation in conflict prevention, resolution, peacebuilding, and recovery. However, WPS’s transformative potential remains unfulfilled nearly two decades after its adoption by the United Nations Security Council.

From 1990 to 2017, women made up only two percent of mediators and five percent of signatories in all major peace processes. This is despite strong evidence that women’s participation increases the chance of reaching a  peace agreement and peace agreements reached with women at the table are 35 percent more likely to last at least 15 years than those reached without them. Women’s meaningful inclusion also leads to the promotion of gender equality and the transformation of harmful power and gender dynamics, as seen recently in the 2016 Colombian peace agreement. In 2012, as formal talks began in Cuba between the Colombian government and the Revolutionary Armed Forces (FARC), five percent of negotiators were women. In response to this low number, women’s rights organizations and civil society leaders convened the 2013 National Summit of Women and Peace, demanding higher representation of women from all sides in the process. Within two years, women made up 20 percent of government and 43 percent of FARC delegates. Beyond the negotiating table, women also contributed to the peace process through major roles in government institutions, such as the Office of the High Commissioner for Peace and participation in the first gender sub-commission.

Today, women continue to play a critical role in maintaining Colombia’s fragile peace. But a lack of funding coupled with slow and inadequate implementation of the agreement is putting the peace at risk – in Colombia and around the world.

In the US, it took eleven years to formally take up the WPS Agenda when in 2011 President Obama signed Executive Order 13595, which instituted a National Action Plan on Women, Peace and Security. These national action plans (NAPs) are tools for states to outline their priorities, develop plans for implementing them, and monitor their progress towards the objectives of WPS (as of August 2019, 81 states have their own NAPs). However, despite the encouraging signs from the Obama administration, civil society advocates understood the tenuous nature of executive orders and lobbied for legislation that would ensure the WPS Agenda remained an enduring pillar of US foreign policy.

Six years after the first US NAP, Congress passed the Women, Peace and Security Act of 2017 with bipartisan support, making the US the first country to pass a law codifying the WPS Agenda. The WPS Act made it US policy to promote the meaningful participation of women in all aspects of conflict prevention, management, resolution, and post-conflict relief and recovery efforts. It strengthens training on WPS at USAID, and the Departments of State and Defense; it encourages consultation with local groups such as women’s organizations; and it mandates a national strategy on WPS (the US National Strategy on Women, Peace and Security was released in June 2019).

Unfortunately, like the majority of states with NAPs, the US government did not set aside a budget for NAP implementation. To ensure the agenda, the act and the strategy are able to achieve their transformative potential, Congress must provide sources of funding for implementation.

Since the 2014 Fiscal Year budget, Congress has included language in the Department of State, Foreign Operations, and Related Programs Appropriations bill on WPS – allowing funds dedicated to other programs be made available for WPS:

Sec. 7059. (d) Women, Peace, And Security.—Funds appropriated by this Act under the headings “Development Assistance”, “Economic Support Fund”, “Assistance for Europe, Eurasia and Central Asia”, and “International Narcotics Control and Law Enforcement” should be made available to support a multi-year strategy to expand, and improve coordination of, United States Government efforts to empower women as equal partners in conflict prevention, peace building, transitional processes, and reconstruction efforts in countries affected by conflict or in political transition, and to ensure the equitable provision of relief and recovery assistance to women and girls. [PL 116-6]

As a result, WPS priorities have lacked dedicated funds to support implementation or hiring of staff – instead forcing counterproductive trade-offs with other priorities and programs. In Fiscal Year 2019, Congress provided the first dedicated funds to implement the WPS Act – but just $4 million were directed to the Department of Defense, with nothing going to the Department of State or USAID.

As Congress and the White House negotiate appropriations for the Department of State, Foreign Operations, and Related Programs , those in the WPS community are requesting $84 million – less than the cost of a single F-35A fighter Jet – be made available over the next three years to support implementation of the Women, Peace, and Security Act and ensure comprehensive training, hiring of more gender advisors, and the development of innovative programming to support women peacebuilders around the world and women’s organizations, particularly at the grassroots level. These funds would expand and improve the coordination of US government efforts under the US Strategy on Women, Peace, and Security. It would support the fulfilment of the Women, Peace and Security Act mandate to train relevant US military, diplomatic, and development staff, contractors and grantees, as well as partner governments and militaries on the principles of the Women, Peace and Security Agenda and its relevance to their work. These funds would allow for greater expertise on gender issues by hiring more senior-level gender advisors across the Departments of State and Defense and USAID. This would make US-funded programs more nuanced in their approaches to complex conflict and gender dynamics around conflict prevention, management, and resolution, and would help address gendered drivers of conflict and better resolve conflict.

It’s been two years since Congress and the White House enacted the Women, Peace and Security Act – now they must act to fund the agenda to reach its full potential. 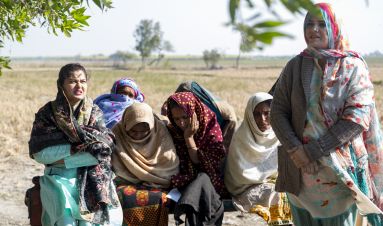 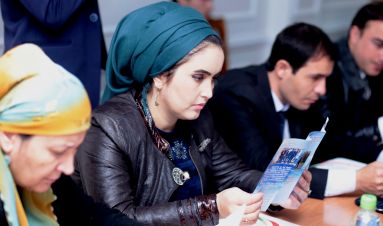 Strengthening community security and prevention of violence against women in Tajikistan 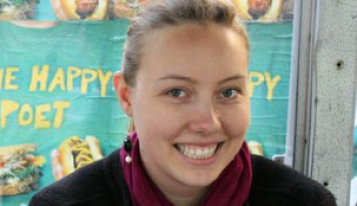