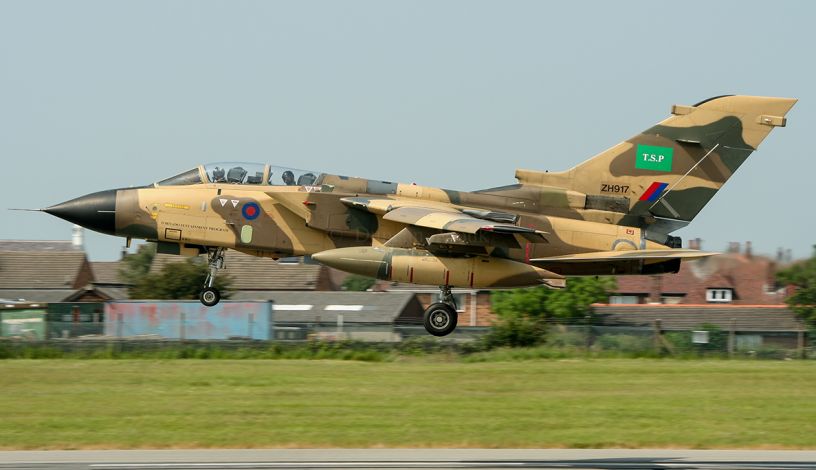 Despite a June court decision barring the UK government from approving arms sales to Saudi Arabia, the UK’s International Trade Secretary has admitted to granting several licences in violation of the ruling. Roy Isbister argues that this is yet another example of how the current UK system is fundamentally flawed.

In June 2019, the Court of Appeal found the government was acting irrationally and unlawfully in issuing licences for arms export to Saudi Arabia without taking proper account of the risk that they would be used in breach of international law in the Yemen war.

‘The government agreed with the Court of Appeal that no new licences would be granted for exports to Saudi Arabia and its coalition partners that might be used in the conflict in Yemen until, according to a statement to parliament by then-Secretary of State for International Trade Liam Fox, it had “carefully consider[ed] the implications of the [Court of Appeal] judgment for decision making.” While this might be seen as promising, unfortunately the general tenor of the government’s response was that the problem identified by the court was a technical glitch which could be easily sorted, with Dr Fox going on to say, “We operate what I believe is the most robust arms export policy of anywhere in the world.” For many years, this has been the standard UK government refrain in response to any questions raised about its arms export policy or practice.’

But this does not bear scrutiny.  The court found that the government was failing to meet its “legal obligation … to make a systematic assessment of past possible violations, not necessarily in every case but, where possible, before deciding whether there is a clear risk of future serious violations.” This obligation is central to a meaningful arms transfer control system. Failure to meet it is not a technical glitch; it is a fundamental flaw. If this has been the government’s approach to licensing exports to Saudi Arabia, presumably it is the same for all the other export licence applications the UK assesses each year (almost 14,000 in 2018).

It turns out that the government has wrongly issued two new licences to Saudi Arabia after the ruling barring them from doing so. In a letter, sent 16 September 2019 to the Committees on Arms Export Controls (CAEC), Secretary of State for International Trade Liz Truss effectively acknowledged that this was because of a failure of the different government departments involved in export licensing to talk to each other.  It took at least 41 days for the Foreign Office to alert the Ministry of Defence (MoD), and well over two months to alert the Department for International Trade (DIT). This was despite that fact that officials working on arms export controls from the Foreign Office, MoD and DIT sit shoulder to shoulder in the Export Control Joint Unit. If the government’s left hand has no idea what its right hand is doing in relation to these incredibly sensitive exports, what does that suggest about the way the system as a whole is operating?

No less troubling is how long it took the UK Government to become aware that the Royal Saudi Land Forces (RSLF), the named end-user of the arms in question, is active in Yemen. The government has made much of the supposed informational advantages generated by the MoD’s close relationship with the Saudi armed forces, to the point that this was central to the government’s argument in court that its information trumped the weight of data on violations of international law presented by non-governmental organisations, investigative journalists and UN panels. But somehow, no one in government had any knowledge that the RSLF was operating in Yemen until June this year, despite a Saudi Press Agency release from September 2018 stating that “A coalition helicopter belonging to the Saudi Royal Land Forces suffered a technical malfunction that resulted in the crash and the death of the pilot and his assistant … while they were carrying out their duties in combating terrorism and smuggling in Al-Mahra province in Yemen” (emphasis added).

The Secretary of State has subsequently revealed that in August her department awarded another licence in breach of their statement to parliament. The government issued an extension for a licence for the export of fuel gauges for F-16 military aircraft to a number of countries including Jordan because the “relevant officials … believed Jordan was not involved in military operations in the conflict in Yemen.”

This all points to fundamental and procedural flaws in the government’s approach to decision making on arms exports to Saudi Arabia. To make matters worse, the government continues to allow exports of arms to Saudi Arabia under extant licences that were declared “irrational and unlawful” by the Court of Appeal.  Of the more than 60 open licences authorising exports of military items to Saudi Arabia that were extant at the time of the Court of Appeal judgement, all but one remain in force.  Which means, if previous years are any guide, there will still be thousands of deliveries of strategic items from the UK to Saudi Arabia over the next year. But efforts to find out more about existing and future behaviour is constantly stymied by a government that refuses to reveal actual exports to Saudi Arabia, that has rebuffed efforts by the CAEC to have ministers give evidence, and that has rejected requests from non-governmental organisations to discuss what “carefully considering the implications of the [Court of Appeal] judgement for decision making” would involve.

If the UK is to restore any credibility to its approach to arms exports, it needs to stop all arms transfers to Saudi Arabia and open itself up to much more scrutiny on actual exports and the processes it is following to improve its systems.

*This comment piece was updated on 30 September 2019, to reflect ongoing developments on this issue.