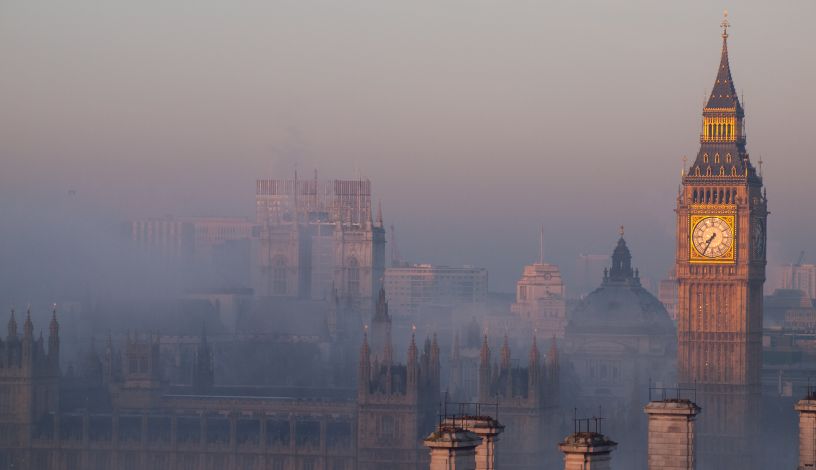 As UK political parties prepare for the 12 December general election in the UK, they have an opportunity to set out a vision to the UK electorate for a more effective peacebuilding and conflict prevention strategy. Here are six things they should prioritise.

With a general election called for 12 December, Saferworld urges all political parties to focus on preventing conflict and building peace within their foreign, security and development policies. This would include commitments to aid that deliver effectively for the poorest people in conflict-affected contexts, upholding the strongest possible controls on the trade of arms, and prioritising a long-term, sustainable approach to dealing with security threats and crises – approaches that work with international partners to tackle the causes of instability and conflict.

To demonstrate a commitment to promoting a safer, more stable world, we recommend that the next UK government prioritises:

1. Championing sustainable security for all. The UK is part of an interconnected world. Security at home cannot be effectively delivered at the expense of people’s security elsewhere. The UK has a responsibility to take a holistic, long-term approach in its foreign, trade, and security policies, in a world where the rise of authoritarianism, inequality and division represent the most salient long-term threats to UK national and international security. The UK should commit to the highest possible standards in its relationships with other governments, by prioritising respect for human rights and democracy, and resisting the temptation to pursue short-term security or trade interests at the expense of longer-term peace. The UK must learn the sobering lessons of the past two decades of international counter-terror interventions in Afghanistan, Iraq, Somalia, Syria, Yemen and elsewhere. This means re-examining the UK’s responses to addressing the threat from violent armed groups and its response to forced migration and displacement – which are both dominated by short-term thinking and an overly narrow focus on domestic pressures to the detriment of long-term sustainable solutions. To stabilise volatile contexts, the UK needs to invest more in conflict resolution and peacebuilding efforts that support people to reduce violence, protect human rights, address gender-based violence, improve access to justice and tackle corruption and climate change – and remain an enduring friend to people at risk from violence and repression all over the world. Any government must ensure that international peace and security is an objective of a transparent UK national security policy, mainstreamed in practice across government.

2. Prevention: a voice of reason on the world stage. The UK has long recognised the value of preventive approaches to violence and conflict and is well positioned to build on this by prioritising conflict prevention activities in its work overseas. The UK should be a voice of reason on the world stage – discouraging global and regional powers from choosing the path of armament, escalation and confrontation – and dissuading partners and allies from fanning the flames of war in the Gulf and elsewhere. Beyond responding rapidly to urgent crises, the UK should be investing appropriate cross-government resources in longer-term measures and programmes that address the factors driving instability and conflict at its source. Addressing inequality, most notably gender inequality and gender-based violence as well as threats to journalists, activists, unions, faith groups and charities – must be woven into these efforts. The UK led the way in pushing for the Sustainable Development Goals (SDGs) to

include targets on peace, justice and gender equality. It should build on this leadership and investment by using the SDG framework to guide its efforts to prevent conflict. The UK should pursue policy coherence between different branches of government, including trade, defence, diplomacy and development to ensure that competing priorities do not undermine its support for conflict prevention and peacebuilding.

3. Making the most of the Department for International Development’s (DFID’s) expertise at the highest levels of government. The independence of DFID is an asset, allowing its expertise on conflict to inform a longer-term UK vision for promoting peace and sustainable development, which is ultimately in the national interest. The commitment to spend 0.7 per cent of gross national income on overseas aid and to maintain a strong focus on development in conflict-affected contexts are both welcome and should be honoured. Maintaining DFID’s independence and giving it a strong position in cross-government decision making, including on the National Security Council, would help to build on and maintain this expertise and demonstrate the UK’s commitment to addressing the most pressing conflict, humanitarian and development challenges of our time.

4. A commitment to transparent, conflict- and gender-sensitive delivery of the aid budget by all relevant government departments. Delivering aid in contexts affected by conflict, where needs are typically complex and urgent, is challenging and often deeply political. All UK government departments responsible for spending the aid budget should therefore design and plan their aid spend in a way that is conscious of the politics and power dynamics of the context in which they are operating and is dedicated to delivering a more peaceful, just and gender-equal outcome. Funds dedicated specifically to addressing conflict should: be targeted towards underlying and structural conflict drivers; support flexible responses led by local organisations including those for women and youth; and ensure that cross-governmental efforts are coherent. The UK should strive to maintain the highest standards of transparency in its aid, foreign and security policy. Greater transparency and public scrutiny around national security strategies can reinforce lesson learning and strengthen the UK’s approach.

5. Upholding the highest possible global standards in arms transfer controls and robustly applying the UK’s own arms export controls. Successive UK governments of all political stripes have shown leadership in the establishment and the 2014 ratification of the Arms Trade Treaty, which sets global standards to regulate the international trade and sale of arms. Recent arms sales, in particular in the context of the conflict in Yemen, have cast doubt on the UK’s commitment to treaty implementation and threatened the country’s reputation in this area. The UK must strengthen the licensing process and its scrutiny of arms sales through a greater role for DFID’s expertise in assessing the risks of arms sales and the creation of a new Select Committee on Arms Export Controls in parliament. The UK should not allow the transfer or licensing of any arms where there is a clear risk of violations of international humanitarian and human rights law.

6. Cooperating with the European Union and other nations to build peace. The UK helped shape and has contributed to the European Union’s approach to peace and security. Regardless of the outcome of the Brexit process the UK should continue cooperation and push for joint approaches to building peace. European Union (EU) cooperation ensures the UK has greater understanding of potentially dangerous transfers of arms, so the UK should continue to adhere to the EU Common Position on Arms Exports and seek continued access to reports of licensing decisions by other European nations. The UK should continue cooperation on development and peace that focuses on conflict resolution, human rights and building accountability and good governance rather than supporting repressive or autocratic regimes and their security forces. Following this trend, the UK’s role in the world should be one that pulls together Europe, the United States and other nations towards multilateral and negotiated solutions to conflicts.

At a time when conflict has profound implications not only for the people struggling to get by in conflict-affected contexts, but for the long-term security and stability of both the UK and the wider world, we call on the next UK government to show real leadership in promoting peace and preventing conflict. 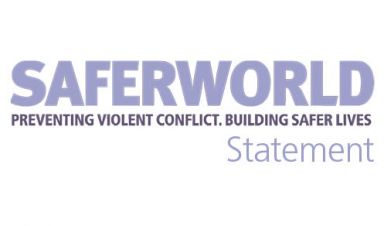 UK government should avoid scrapping the Department for International Development 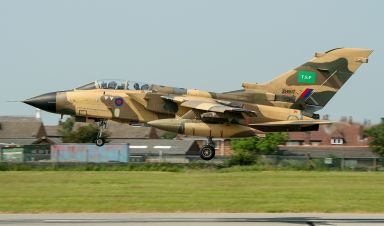