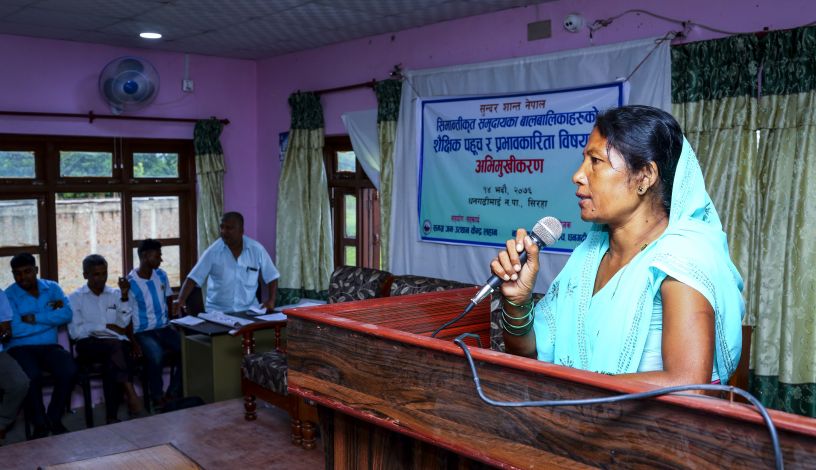 Lessons from Nepal show that a blended approach to governance and peacebuilding not only helps to consolidate peace, it can also help to address the issues that lead to conflict in fragile contexts.

More than two decades after UN Secretary-General Boutros Boutros-Ghali's landmark An Agenda for Peace report was published, peacebuilding has been accepted by many as one of the most effective approaches to reducing violent conflict and building peace across the world. Peacebuilding is even more relevant in post-conflict contexts, where the possibility of a relapse into conflict is high. Studies have shown that about half of all post-war countries fall back into civil conflict within a decade, and they have a narrow window of opportunity to prevent this.

Since the official end of civil conflict over ten years ago, Nepal has largely managed to avoid falling back into violence. But with its new federal system still in its early stages, tensions between federal and subnational governments continue and the country remains fragile.

Saferworld’s quarterly early warning early response reports over the past year have shown that people have high expectations for Nepal’s federalism. Communities have lived without an elected government for over a decade and endured the harsh legacies of conflict, with development stymied and underlying inequalities and grievances unaddressed. Given this expectation, any discontent with the new system could pull the country back into a cycle of violence, emphasising that addressing outstanding grievances should be seen as an integral element of an effective federalisation process.

Our experience in Nepal demonstrates that governance and peacebuilding should go hand-in-hand to increase trust between communities and their elected representatives. While improved governance around basic services like health, education, and water and sanitation can help to improve living conditions and livelihood opportunities in post-conflict societies, a peacebuilding approach focuses on addressing injustice and inequality through inclusive processes that support people and civil society to advocate for their own rights and on behalf of marginalised communities. Increased trust between communities and their elected representatives, and more inclusive structures both consolidate peace and shield against conditions that can drive or exacerbate violent conflict.

In 2015, Nepal’s Tharu communities in Province 7 protested against several parts of the new constitution, leading to violence which spread to other parts of the country. Five years later, Tharu civil society activists, who were at the forefront of the protests, are providing feedback to their provincial parliamentarians on policies and laws through cross-learning platforms supported by Saferworld. The willingness of politicians to listen to communities and work with them on governance issues provides a valuable opportunity for Nepal’s government to build on this collaboration and address other contentious issues.

Similarly, in Province 5, minority Muslim communities have long expressed their discontent over the lack of recognition for Madarsa schools, a community-run school system where Muslim students are taught religious scripture and language alongside government prescribed subjects such as maths and science. Without formal recognition of these schools, thousands of young Muslim boys and girls have been denied opportunities to pursue higher education and seek better opportunities, pushing families into poverty. A series of interactions between provincial lawmakers and civil society representatives and teachers facilitated by Saferworld, led to a realisation that the Madarsa education system needs to be better integrated within the existing public education system. Lawmakers agreed to lobby the provincial government to establish a Madarsa board that can provide recommendations on harmonising the two systems. The benefits of this will not only affect thousands of Muslim students in the province, it will help to restore trust between the community and the government.

While governments transitioning from post-conflict to stability and peace should make their own efforts to address the root causes that can lead to violent conflict, the international community and donors must also invest in long-term conflict prevention and avoid focusing on short-term support. Rather than concentrating on containing violence through securitised engagements that aim to maintain an uneasy stability, funding should be directed to peacebuilding efforts which look to address the drivers of conflict and build trust, confidence and social capital. This demands a greater focus on identifying and addressing underlying tensions, which can trigger widespread conflict if left unaddressed.

Nepal’s conflict lasted for a decade, with another decade spent in painstaking negotiations towards a peaceful political transition. The introduction of the new constitution and the beginning of the federal governance system has finally presented us with a real chance to consolidate that peace. We must not miss this opportunity. 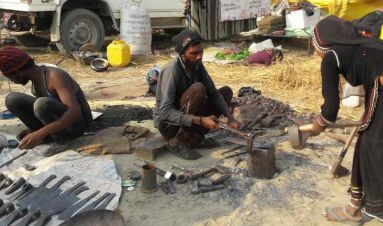