Competition and cooperation: challenges and opportunities for refugees in Adjumani District, Uganda 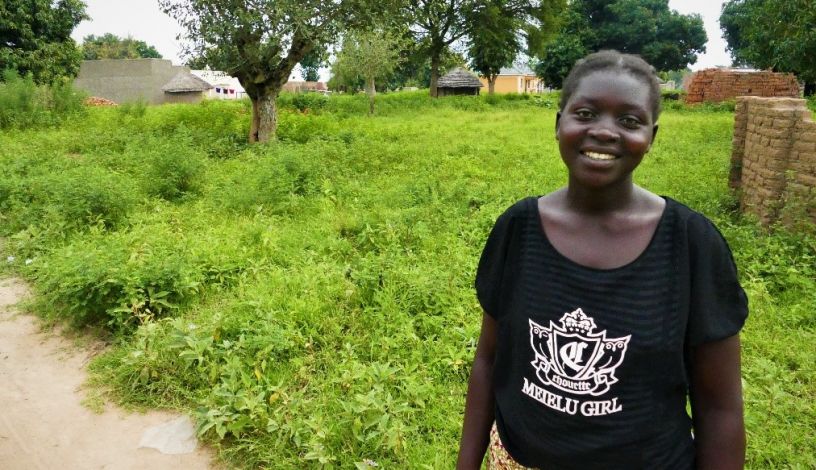 The Ugandan government has been praised for its open and progressive approach to hosting refugees fleeing the conflict in South Sudan. New research by Saferworld explores the impact on refugees and host communities. Here, Ilya Jones and Ramzy Magambo reflect upon the challenges that refugees face in terms of access to employment, land and natural resources, and how the roles of women and men have changed in response to the complexities of their new situations.

“After my brother died in South Sudan, I brought his six children with me to Uganda”, said Betty, a refugee originally from Nimule, a town straddling the border between Uganda and South Sudan. “Before I brought these six children with me, I had my own four children. I asked my husband whether he would be okay with this, and he consented, so I went to get them. When I came back to Uganda, he completely disconnected – he hasn’t provided anything: no school fees, medication, clothes or even food.”

Last summer, as part of the Peace Research Partnership project, a Saferworld team visited Adjumani District in northern Uganda to learn more about the experiences of both refugees and host communities. We heard about the challenges men and women refugees and host communities faced accessing land and natural resources, and how women and men’s roles had changed in response to the complexities of their new situations. Stories like Betty’s were common – where those fleeing violence suddenly found themselves thrown into an unfamiliar environment where they had to navigate new challenges, often in competition with those who were already there.

For Betty in the Boroli I refugee settlement, the main challenge was earning enough from her alcohol brewing business to provide for her own and her brother’s children after her husband cut off support. “I do it about twice a month. When I make some money from the alcohol, I am able to go to the host communities to buy some cassava which I use for more brewing.”

Refugees arriving in Uganda are registered, with one person designated as the head of household. They are then allocated a 30x30 metre plot of land in one of the refugee settlements and receive food or cash rations from the World Food Programme to share with their families. Because women are often the first to arrive, they are usually registered as heads and are in charge of providing monthly rations for their families. This is in contrast to the usual gender roles in both South Sudan and Uganda, where men are generally expected to be the providers.

The plots of land given to refugees are large enough to build a home and sometimes cultivate a small amount of vegetables. But many people living in the settlements said the size of the plots and the rations provided aren’t enough to cover daily needs. Refugees receiving cash are given UGX31,000 (just over USD$8) every month, which they use to buy food and other necessities, and – if there’s enough left over – to cover school fees. The food rations that are provided are not varied enough for a healthy diet. As a result, many refugees take up creative ways of earning an income – from selling portions of food so they can buy ingredients and basic items like soap, to providing informal services like braiding hair or selling goods at the market.

It is usually women who take on this extra work as most of the available options are seen as ‘women’s jobs’. Refugees with enough money try to rent more land from host communities – but because this is done through informal agreements, they feel they are often exploited. Some people told us stories of how they had informally rented land to cultivate, but were thrown off by their landlords once they had cleared and tilled the land. Others talked of difficulties in gathering materials. “When collecting grass for roof thatching, you might go and cut the grass and tie a heap together”, explained Betty. “But then the landowner comes and says ‘you didn’t come to this country with grass, so leave it here.’ So you’ve used your time and energy to cut and gather the grass together, but you must leave it.”

Self-settling: a new set of challenges

Another path open to refugees is to live outside the refugee settlements. Twenty-five-year-old Amadrio moved so she could access better education, healthcare and medication for her children. “The medication we get there [in the settlement] is different from what we get in town,” she said. “Sometimes you rush for the medication and it’s not there. We also had some troubles with different tribes in the camp who were thrown together, so it wasn’t always safe for me and my children.” We had heard this from other sources, too. Over 40 different tribes were represented in the settlements we visited, bringing together different cultures and values and intertwined histories from South Sudan – leading to the potential for clashes.

But settling in town brings with it an entirely new set of challenges. For one, refugees must cover a range of services out of their own pockets, and help from United Nations agencies and non-governmental organisations (NGOs) is limited. They also face many of the same hardships as in the settlements, including labour exploitation and perceived discrimination at markets – for example, there were stories from some refugee women about going to the market to sell their goods and feeling they were charged more or being judged for selling rations they had received for free in the settlements.

Despite the challenges, there are usually more job opportunities in towns and villages than in the settlements. Idro came to Uganda in 2016 and began working with NGOs that have projects in the refugee settlements. Then he moved to town to teach and to pursue studies in social science and administration, where he began learning about community engagement and gender issues. When we spoke with him, he emphasised the need to ensure men and boys are involved and understand the importance of gender initiatives. “These men are the head of the family, so if they are not included or considered, it can be hard to implement initiatives for women.”

A host of concerns

While life for people from communities in Adjumani hasn’t changed in the same way as it has for refugees, they have still been affected by the district hosting over 200,000 refugees – almost the same number of people as the host community population. Some of the changes are seen positively (such as improved services) and others negatively (such as competition over resources). Christine has lived in Boroli village since 1975. She and others often expressed solidarity with the refugees: “These are our brothers and sisters,” she said. “We should cooperate with one another. Their coming here has brought some changes. For us hosts, it is now easier to access markets. Before they came, we would have to travel long distances to reach the markets, but they are now very near.”

But tensions have cropped up at the marketplace and on people’s land. Many people feel the refugees are here to stay and some fear that they will be displaced or outnumbered. Many complain that their crops are being taken or destroyed by refugee livestock. Some of these animals are provided by development organisations to refugees, who often don’t have access to land for grazing.

Refugees also have different cultivation techniques – host communities feel that refugees cut wood in an unsustainable way, making it harder for them to regenerate. In some areas, these issues have been addressed through a range of government and NGO initiatives to bring the different groups together or to raise awareness of sustainable cultivation. For example, in Boroli I settlement, ordinance passed by the local leadership and host communities says not to cut any mature and standing trees. These trees are marked with a blue strip – an initiative that we heard has largely been respected.

Effects on women and men in settlements and host communities

Many of the host community women we talked to who live near the settlements complained that their husbands went to the settlements to pursue relationships with other women and so were home less often – with implications for childcare and income. While this could lead to tensions between host and refugee women, it also raises concerns about whether refugee women are doing this as a means of survival rather than by choice.

We also heard that refugee men in the settlements struggled due to the scarcity of work and felt that they weren’t able to fulfil their expected roles as providers. Before leaving South Sudan, many had been household heads and breadwinners, bringing in money for the family. In the settlements, programmes are mostly run through women. Such an abrupt shift of status was often hard on men, many of whom felt they were not fulfilling expectations of what it meant to be men. Many of them ended up going back to South Sudan to compete for scarce work or even to re-join the conflict. Because of this sense of purposeless, we heard that many refugee men turn to drinking and that domestic disputes increased. Women must also face the double burden of taking care of the family and earning an income – often in a highly competitive work environment.

Amadrio found this to be a nearly impossible balance in the settlements, especially when trying to pursue her education on top of everything. “We are not considered so much when it comes to employment. We have some school near here for higher learning, which is another reason I left the camp and came to town. Currently I’m pursuing public administration and management. My major aim is to help my fellow refugees and also the hosts, because they really need people like this right now. When repatriation comes for people to go back to South Sudan, I will also be there to help.”

This blog was produced as part of the Peace Research Partnership, which is a joint three-year research programme spearheaded by Saferworld, Conciliation Resources and International Alert. The full findings from our research in Uganda are available here.

Photo: Amadrio, who moved out of a refugee settlement and into town because of better access to education and healthcare. Ilya Jones/Saferworld. 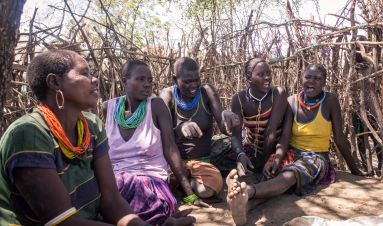 Ilya Jones is a Regional Conflict and Security Adviser for Saferworld. Ramzy Magambo is a Research, Monitoring and Evaluation Coordinator for Saferworld's Uganda programme.