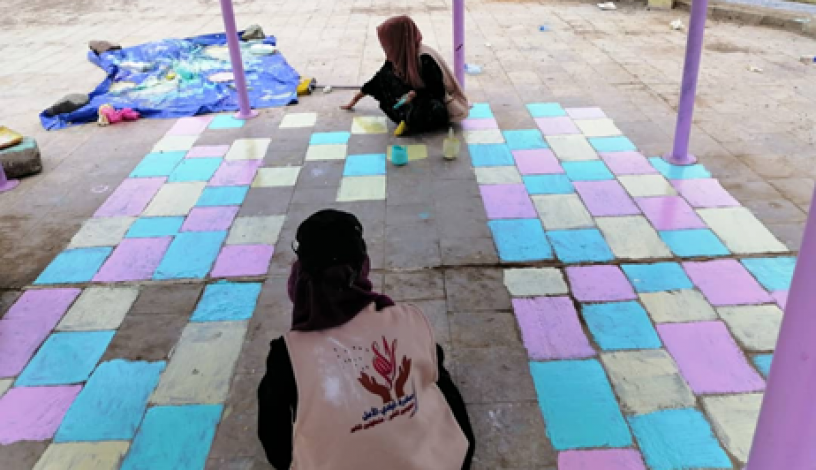 In Yemen, our partners the National Organisation for Community Development (NODS), Youth Without Borders (YWBOD), and Alf Ba Civilization and Coexistence Foundation (Alf Ba) have been supporting volunteer groups to carry out peacebuilding work to make their communities safer.

After identifying where support was needed, NODS in Taiz called on community members in Sabr al-Mawadem and al-Qahira districts to help form a community group in each of those areas. Meanwhile, YWBOD, in Taiz, and Alf Ba, in Abyan and Aden, chose to work with 27 existing volunteer groups.

The volunteers identified the main issues affecting their communities through dialogues and consultations with authorities and community leaders. Based on the findings, the groups then came up with responses that addressed those concerns.

Below are some of the activities that have taken place over the past year with the support of funding from the Ministry of Foreign Affairs of the Netherlands and the UK’s Department for International Development. These activities are just some of many examples of community peacebuilding efforts from Yemenis in response to safety issues caused by the conflict.

Art gallery exhibiting drawings by Yemeni youth organised by the community action group in Sabr al-Mawadem, Taiz to raise awareness of the dangers of celebratory gunfire in weddings.

NODS supported a community group in Sabr al-Mawadem district in Taiz to campaign against celebratory gunfire – which can accidentally injure or kill – at weddings, throughout the summer of 2019. The group raised awareness of the dangers of gunfire through focus group discussions with community members, distributing flyers, sermon speeches at mosques and an art exhibition.

The Head of Police in Sabr al-Mawadem issued an official statement stating that the project had succeeded in significantly reducing cases of celebratory gunfire. The group also provided certificates to newly wedded couples during the campaign who had celebrated their weddings without gunfire. 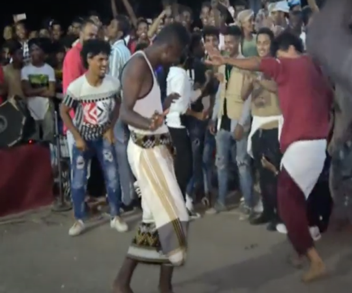 Celebrations during the 'Aden is more beautiful' festival at the revived Khor Makser coastal walkway in Aden.

In November 2019, Alf Ba supported a community initiative to revive the Khor Makser coastal walkway in Aden which, before becoming a military barracks during the conflict, was a popular communal area in the neighbourhood. The volunteer group behind the initiative, Hands of Hope, coordinated with authorities in Aden and the military groups in control of the site, to light up certain sections, paint artwork and redecorate the coastal area.

Following this, a major festival took place at the site – Aden is more Beautiful – which received significant media attention and brought together many people from the community.

Improving the conditions of detainees in Taiz – YWBOD 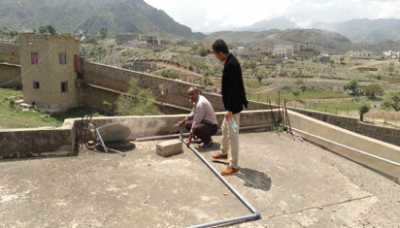 Work supervised by the Youth Development Team initiative group to rehabilitate the water pipes in the women's section of al-Muthaffar central prison in Taiz, as part of efforts to improve their conditions. 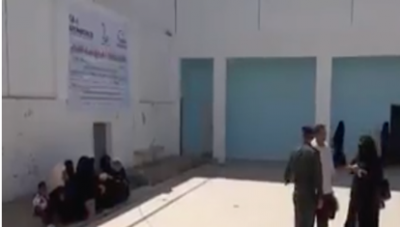 The outdoor area of the rehabilitated women's section of al-Muthaffar central prison in Taiz.

YWBOD supported the Youth Development Team, a volunteer group, in alleviating the harsh conditions for 538 detainees, including 26 women, in the central prison of al-Muthaffar district in Taiz. The women’s section of the prison was damaged during the war, and women detainees were being held together with male detainees, adding to their psychological distress.

In October 2019, the group worked on renovating sanitation facilities and lighting in the women’s ward, which allowed the women detainees to be transferred over. This also eased the suffering of the male detainees by making the prison facilities less crowded. The group also raised awareness of the plight of detainees, and involved al-Hoqoqiya, a legal rights organisation, to review the cases of female detainees in the prison.

Top photo: Preparations for the 'Aden is more beautiful' festival at the revived Khor Makser coastal walkway in Aden. 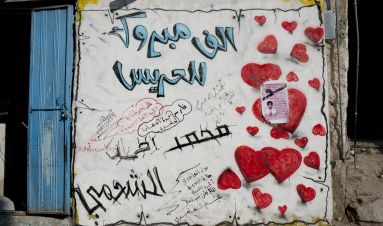 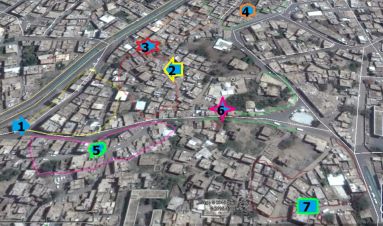 Lighting up the streets of Taiz, Yemen