China’s accession to the ATT: Opportunities and challenges

On 6 July 2020, Zhang Jun, China’s Permanent Representative to the UN, deposited his country’s instrument of accession to the Arms Trade Treaty (ATT) at the UN Headquarters in New York. On 4 October 2020, China will officially become the 107th State Party to the ATT. Having worked with Chinese partners over the past 15 years, raising awareness of the ATT initiative from the very beginning of the UN process, Saferworld welcomes China’s decision to join the Treaty and reflects on what this means for Treaty compliance and universalisation.

China’s accession to the ATT could potentially have several benefits. As the world’s second largest economy and one of the top five global arms exporters, China’s decision to join the Treaty has reaffirmed the ATT’s position as a significant part of the international peace and security architecture and a platform for international dialogue and cooperation on arms control. China’s example may encourage other Asian countries to join the ATT, a development that would be widely welcomed given the low levels of support for the Treaty in the region. Furthermore, given China’s role as a powerful partner to many governments in the global South – including East Africa, where the ATT has had limited take-up – China’s influence could potentially boost the Treaty’s progress towards universalisation, although it is too early to tell whether this will be the case.

By joining the ATT, China is making a number of serious commitments that must be reflected in its domestic transfer control regime. These include not transferring arms where there is a risk of diversion to armed groups or other unintended recipients, and not allowing arms transfers where there is a risk of them being used to commit serious violations of International Human Rights or Humanitarian Law. China is also committing to reporting publicly on all exports and imports of a broad range of conventional arms, including small arms and light weapons.

Although China’s existing laws and the latest draft of its new export control legislation do not yet guarantee compliance with the ATT, China’s drive to update its national arms export control system offers a significant opportunity to make progress towards full ATT compliance. We look forward to the Treaty’s obligations being fully reflected in the revised legislation and associated regulations that will be adopted, and to the new system being implemented effectively.

The decision to join the ATT could bring China further into line with international policy and practice on arms transfer controls and potentially lead to new opportunities to engage states that are so far outside of the regime. However, sustaining the Treaty’s object and purpose – to reduce human suffering caused by illegal and irresponsible arms transfers, improve regional security and stability, and to promote accountability and transparency – must remain central to these efforts. To this end, Saferworld looks forward to continuing dialogue with Chinese government officials, policy experts and defence industry representatives on the transparent application, implementation and universalisation of the ATT. 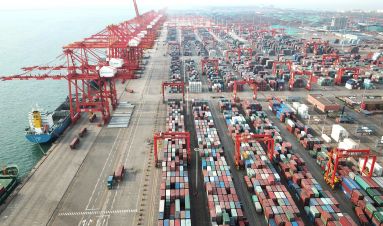 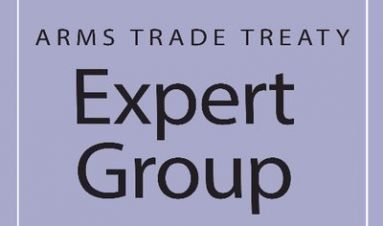