Running on the spot: The Sixth Conference of States Parties to the Arms Trade Treaty 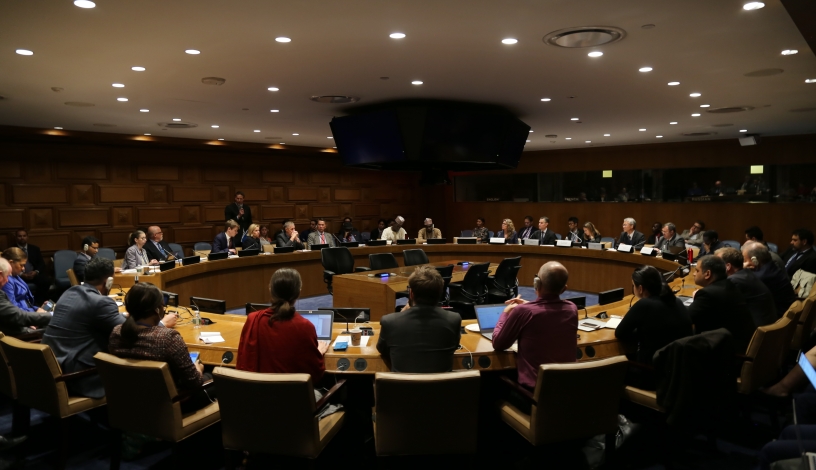 With the novel coronavirus (COVID-19) creating havoc for all manner of international processes, the Sixth Conference of States Parties (CSP6) to the Arms Trade Treaty (ATT) limited itself to a ‘conference by written procedure’, intended to do little more than keep things ticking over. In this it largely succeeded, but a pre-COVID-19 trend towards less transparency seemed to accelerate over the year, writes Roy Isbister.

The formal ATT CSP6 process, which concluded last week, was not spared the travails of COVID-19. After one week of preparatory meetings were cancelled, the main Conference took place by ‘written procedure’ only, with no physical or even virtual meeting of delegates.

Most of the draft decisions were basically administrative, and relatively uncontroversial; their primary purpose to keep the Treaty ‘ticking over’ rather than pushing for substantive progress or development, covering, for example, the selection of office holders and adopting a budget.

However draft decision 13, which was adopted, went further. It established a Diversion Information Exchange Forum (DIEF), a mechanism for states to raise and discuss concrete operational diversion issues, including for individual cases. While the DIEF could ultimately be a force for good in Treaty implementation, it may also prove fundamentally problematic due to its implications for transparency, a core purpose of the Treaty.

The DIEF is to be a closed forum. Only States Parties and Treaty signatories will be able to participate. External experts can be involved on an exceptional, limited basis, but as even the Terms of Reference for the DIEF have been kept confidential, it is unclear how this will work. As well as setting an unfortunate precedent, this approach is also substantively misguided; research organisations, industry representatives, UN and regional agencies, civil society organisations and journalists all have significant knowledge in this area and a great deal to contribute.

We were already seeing a drift away from transparency under the ATT. For example, more ATT national reports on exports and imports are being kept confidential; the Working Group on Transparency and Reporting (WGTR) is increasingly encouraging States Parties to share information via the restricted part of the ATT website; submissions made to the WGTR and other working groups over the year have not been published, nor do we even know how many submissions were received or from whom. The DIEF suggests a worrying reinforcement and acceleration of this trend.  See here for Saferworld’s statement to CSP6 on draft decision 13, and here for Saferworld’s general statement to the Conference.

As set out in the final CSP6 report, in the end, only 11 of the 17 draft decisions were adopted. Six failed to survive the silence procedure, with those decisions in effect being deferred to next year.  Two of these relate to the controversial issue of situations where states are not meeting their financial Treaty obligations, so it was hardly surprising they were not agreed ‘silently’. But three of the other draft decisions not adopted were merely to approve work plans of the Working Group on Effective Treaty Implementation (WGETI), which contained no surprises and were effectively restatements of already-agreed intentions. There will probably be work-arounds that will enable the work of the WGETI to continue. But when compared to the willingness to agree the DIEF ‘on the nod’, the reluctance to adopt these three decisions was puzzling.

In summary, CSP6 seems to have been approached with the objective to do no harm and to keep the ATT process on track. To have expected more in the current circumstances would have been ambitious. It was largely successful in keeping the ATT on track, however harm may well have been done to the Treaty purpose to “[promote] … transparency … by States Parties in the international trade in conventional arms.” The current environment by its very nature is conducive to secrecy, creating a need for proactive leadership to keep processes as open as possible. We did not see this in the ATT this year, with any and all oral and written contributions taking place in camera, decisions taken in silence, and the only new development in Treaty implementation (the DIEF) being established and to take place behind closed doors.

The President of the ATT for the coming year, Ambassador Lansana Gberie of Sierra Leone, can point to his own country’s record on transparency as leading by example; Sierra Leone has produced and published all required national reports required by its membership of the ATT since becoming a State Party. Saferworld urges Ambassador Gberie to leverage this national experience to address directly the worrying shift away from transparency, including by prioritising the publication of DIEF’s Terms of Reference and exploring ways of opening up the forum to greater public engagement.

Read our general statement on Sixth Conference of States Parties to the Arms Trade Treaty.

Read our statement on Draft Decision 13. 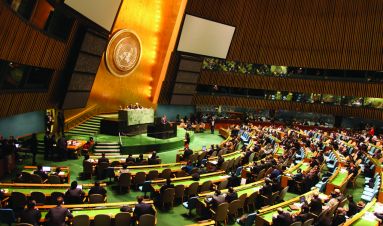 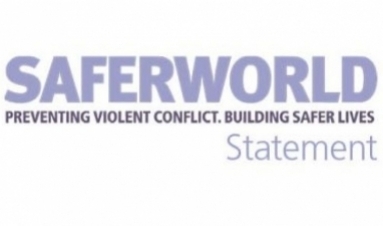