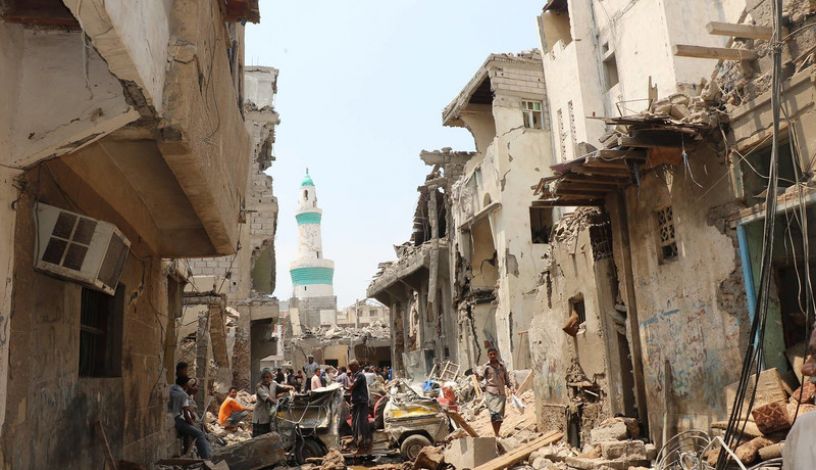 A version of this blog was originally published in EU Observer.

Thursday (25 March) marks the sixth anniversary of the conflict in Yemen. A combination of bombs, fighting and starvation has killed at least 233,000 people, according to UN figures, and created the worst humanitarian crisis on earth.

Six weeks ago, Ansar Allah rebels launched a full-scale assault on the oil-rich region of Marib in north-eastern Yemen. This is currently the most ferocious battle in the whole war.

Meanwhile, the leadership of the Internationally Recognised Government (IRG) is failing Yemenis by repeating the same mistakes that led to the crisis in the first place, in particular the political exclusion of whole sectors of Yemeni society. There are, for example, no women in the IRG's newly-appointed cabinet.

The EU has some influence over both Ansar Allah and the IRG. By refocussing on several critical interventions, it can make a positive impact on the situation inside Yemen and longer-term prospects for peace.

As a major donor, the EU can better support civil society actors in Yemen by decentralising more aid specifically for Yemeni led-responses, including in Marib.

EU diplomats need to push for accountable and inclusive dialogues that reflect the new political realities inside Yemen. This must include advocating for better protection for women, who are being targeted by Ansar Allah and excluded by the IRG.

Finally, member states need to hold each other to account regarding continuing sales of lethal weapons and equipment to the Saudi Arabia-led coalition by, for example, France and Spain.

Since 2015, the EU has contributed more than €1bn in humanitarian aid to Yemen. But this isn't just about the amount of aid, it is also about how it is allocated.

Historically, Yemeni civil society actors have been amongst the most active and diverse defenders of human rights and democracy in the Arab world. In 2015, Yemeni organisations were the first responders to the war, when few international NGOs were present.

Their role is critical for the success of the national peace process that will need to be complemented by long-term local level dialogue initiatives that rebuild trust and foster accountable, democratic institutions.

But many Yemeni civil society organisations (CSO) have struggled to access funds because of unpredictable, ad-hoc funding and numbers-driven aid programmes that overwhelmingly favour international organisations.

By integrating direct support for Yemeni organisations into its strategic objectives and operational plans for the next five years, the EU and other donors can better support local people and organisations working at community, regional and national levels to expand their critical work inside Yemen.

The EU's recent call for proposals for CSOs in Yemen is a step towards redressing this balance.

It needs to keep this momentum with more flexible mechanisms that offer predictable, sustainable funding to civil society in the face of Yemen's shattered economy and the huge risks they face as activists amidst the war.

In Marib, around two million Internally Displaced People (IDPs) are scattered across some 130 under-resourced camps. Several camps have been damaged during the ongoing military assault, forcing people to move on.

Marib is also the IRG's only northern stronghold: if it falls, Ansar Allah will be stronger, reinforcing sectarian divisions, and increasing risks for inclusive local dialogues.

As they gain ground, Ansar Allah are repressing populations under their control and violently reconfiguring Yemeni society. This includes aggressively targeting women, such as publicly blaming them for no outright victory in the war.

Preventing gender-based violence is one of the EU's stated priorities.

Building on dialogue initiatives fostered by Sweden, diplomats can push for new inclusive opportunities, where civil society, especially women - who have a history of political activism and representation - are integral to shaping an inclusive multi-level peace process.

The EU can support this by, for example, increasing its informal exchanges with Ansar Allah leaders, and use these opportunities to push back against structural gender-based violence. The protection of women, their participation in governmental-level politics, and the maintaining of safe spaces for civil society work, must all be red lines.

These strategies will strengthen efforts to both end the war, and build more lasting peace between communities.

In January, Italy announced it will finally revoke arms licences to Saudi Arabia, following the example set by other member states such as Sweden and Austria but in stark contrast to for example France and Spain.

Member states need to speak with one voice on ending weapons sales to all parties to the conflict.

The EU is keen to display its capacity to be a global actor: it has leverage in Yemen to be a force for peace-driven change, and to support Yemenis who are already pursuing peace, despite the horrific risks of doing so. 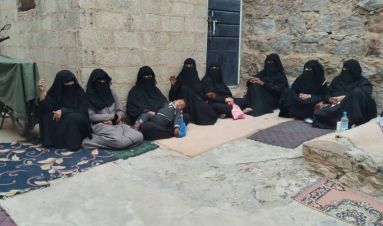 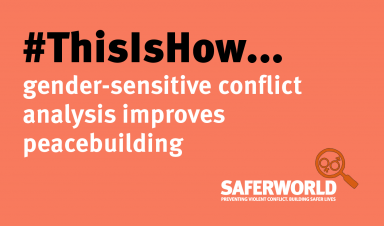