Cultural policies and peace: embracing diversity on a new path for Sudan 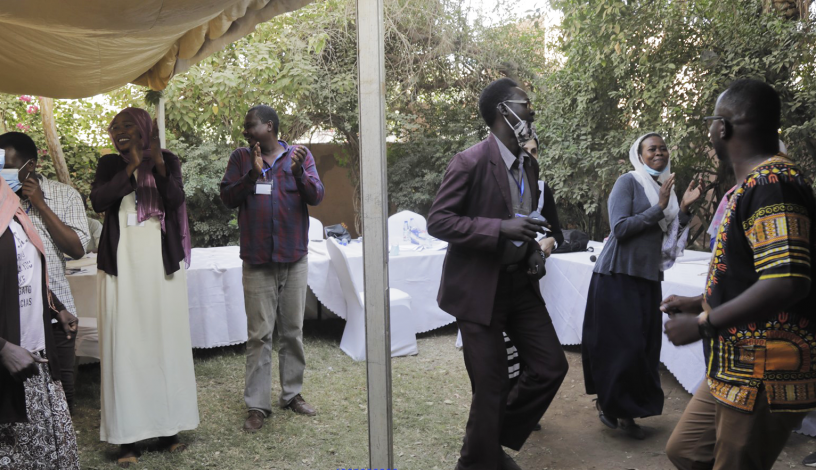 Sudan is one of the most ethnically and culturally diverse countries in Africa, with a population of over 42 million, of which more than 500 ethnic groups speak more than 100 languages. Yet decades of conflict and political powerplay has left communities divided and excluded. What can Sudan’s transitional government to do address this? Rayan Nimir looks at the role inclusive and effective cultural policies can play in creating long-term peace.

“Sudan is not really a country at all, but many. A composite layers, like a genetic fingerprint of memories that were once fluid, but have since crystallized out from the crucible of possibility.”

Sudan’s rich cultural diversity is the result of a vast geographical range that includes varied topography, climates, and different population groups with many forms of livelihood. Historical migration over centuries due to Sudan’s access to water from the Nile River and fertile lands that attracted different ethnic groups to settle, has also shaped the country’s demographics.

Yet this diversity has been exploited mostly by government, and Sudan has experienced many tribal conflicts particularly in the west region. Unofficial statistics estimate that 250,000 people have died and more than 2.5 million people have been displaced due to tribal conflicts, noting most casualties in the Darfur, South Kordofan and Blue Nile states. The Sudanese civil war in the southern region of Sudan before the secession of South Sudan in 2011 claimed the lives of nearly 1.9 million civilians. The fierce conflict officially ended with the signing of the Naivasha Peace Agreement in January 2005, to which the South Sudanese then voted for secession. Throughout this period and up until this day, ethnicity, tribalism, and culture have been weaponised to fuel division and conflict in Sudan.

Since Sudan’s independence in 1956, in the shadow of colonial legacies, Islamic Arab culture has dominated the country. Governments have largely been unwilling or unable to embrace Sudan’s diversity and include other cultures in official business. The marginalisation of certain ethnicities in the distribution of, and access to, power and resources is considered one of the root causes of conflict in the country. During the 30 year rule of the National Congress Party, culture was one of the major tools used to discriminate against different ethnic groups, and cultural violence – for example when students at schools were forced to learn Arabic and speaking in local languages was forbidden – was widely practiced.

In 2019, the Sudanese revolution came with many hopes to resolve Sudan’s historic conflict issues permanently. However, the new constitutional document put together by the transitional government did not include explicit obligations to address cultural divisions and does not yet accommodate demands of separation of religion from the state by the SPLM-N (El-Hilo faction). Nonetheless, the document recognised the importance of Sudan’s diverse cultures, while also nothing that ‘everyone has the right freely to participate in the cultural life of the community’ (Article 5. 2001 UNESCO Declaration on Cultural Diversity).

There is no doubt that the transitional government faces serious political and economic challenges, including implementing a peace process which requires innovative approaches to solve historical problems and obtain justice. The recent Juba Peace Agreement of October 2020 has been widely criticised for not addressing the root causes of conflict, especially at the local level. Over the past two years of transition, escalated tribal conflicts and clashes in the West and East of Sudan were triggered by political divisions. The most severe recent conflicts happened after the signing of the Juba peace agreement in El-Geneina in West Darfur state, which demonstrates that the ‘old approaches’ in the agreement need to be re-thought.

While conflict dynamics in Sudan are complex, it is clear that a holistic peacebuilding approach that includes cultural diversity is urgently needed, otherwise ethnic tensions and violence will continue to escalate in many locations, undermining efforts for progress and peace in Sudan.

In January 2021, Saferworld worked in partnership with the Sudan Film Factory, an independent film platform which builds the skills of young Sudanese artists, on a Cultural Policies initiative in Blue Nile, South Kordofan and Khartoum, as part of the Agents of Change project*. The initiative trained 17 participants from the three states on what cultural policies are (policies and laws that protect and celebrate culture and the arts), information on how they intersect with economic, political factors and legislative tools, and their relationship with development and peace. The training emphasised the beauty of co-existence, respect and diversity as an asset, as participants discussed the context of each state and planned ways forward.

From the workshop, the participants developed three cultural policy briefs – one per state. The briefs focused on promoting a culture of peace and renouncing violence. To reduce tribal conflict in South Kordofan and the Blue Nile states, the policy proposals recommend activities to promote peaceful interactions through local seasonal ceremonies such as annual harvesting carnivals, events for promoting co-existence in market places shared by different tribes, and promotion of a cultural heritage through awareness-raising workshops. They also proposed audio-visual materials in local languages that celebrate diversity and unity. The briefs also recognised the role of women in culture and discussed ways to support women in the arts.

After the workshop, Sudan Film Factory held a policy dialogue event where the briefs and recommendations were presented. The Minister of Culture and Information Mr. Faisel Mohamed Salih attended as well as donors, INGOs and international cultural centers in Khartoum. A few weeks later, the Ministry of Culture and Information called for the formation of a national committee for cultural polices from civil society, to work closely with the Ministry. The process has been stalled due to changes in government positions and the COVID-19 pandemic, but this is a positive development that government, civil society and communities alike should embrace and further develop.

This initiative is one of many led by Saferworld and other Sudanese organisations to get citizens and communities politically engaged for peace. In December 2020, Saferworld supported another project with Peace Bridge Association (PBA) in Blue Nile State to raise awareness amongst communities of the transitional constitutional document and the Juba peace agreement, hosting workshops with translators in five local languages. The Sudanese people have an appetite to engage on these topics. A clear first step is to make policies accessible and understandable to all.

The explicit inclusion of cultural policies by the government has come at a critical time as Sudan transitions into a new era of democracy.

The journey of developing effective cultural policies is a long task that requires efforts from all walks of society – from the government to communities themselves. Civil society participation in developing cultural policies is crucial, to make the most of their contextual knowledge – they know what has and has not worked in the past, and have strong relationships with communities, including marginalised groups. The role of the Ministry of Culture and Information must also be recognised as a powerful institution to reduce conflict, and must be supported to have a leading role alongside other peacebuilding institutions such as the Higher Council for Peace and the Peace Commission in order to achieve unity of Sudan.

Finally, donors and INGOs must support programming that honours and pairs peace and culture together, supports cultural policy development, and provides technical and financial support for civil society and government to jointly pave the way for sustainable social cohesion in Sudan. 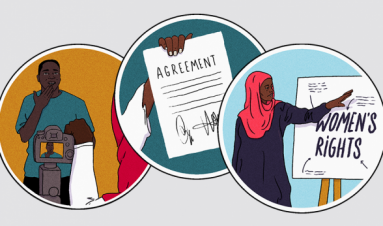 Agents of change in Sudan 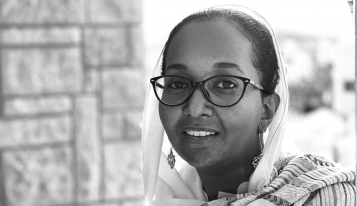 Rayan is Saferworld's Policy and Advocacy Coordinator based in Khartoum.