Strained neighbours: the impact of Afghanistan’s transition processes on conflict in Pakistan

Peace and conflict dynamics in Pakistan are deeply intertwined with events in Afghanistan. Relations between the two countries have however been characterised by mutual mistrust and hostility since at least 1947. During this time, Pakistan has pursued an interventionist policy towards Afghanistan, primarily driven by the perceived need to secure influence and support in Kabul so as to avoid ‘encirclement’ by India. In practice, this has entailed providing support to various Afghan armed groups, including the Taliban, who have at various times been seen as supportive of Pakistani strategic interests. This support has not only had disastrous results for Afghan people, but has contributed to reinforcing insecurity in Pakistan.

Given the inter-related nature of conflict dynamics in the region, it is therefore highly likely that the winding down of the current international engagement in Afghanistan will have significant impacts on peace and conflict dynamics in Pakistan. This policy brief discusses the impact of the multiple transition processes currently underway in Afghanistan on peace and conflict dynamics in Pakistan. Drawing upon the views of a range of Pakistani civil society actors, it seeks to articulate the role that civil society has played, and can continue to play, in promoting a more peaceful and secure Pakistan. It aims to help guide the strategies and interventions of local civil society actors, with the objective of helping them to maximise their potential contribution to sustainable peace, in the midst of a changing and volatile situation.

Download Strained neighbours: The impact of Afghanistan’s transition processes on conflict in Pakistan

“More than at any time in the recent past, many Pakistani political elites are now accepting that a stable and prosperous Pakistan requires a stable Afghanistan.” 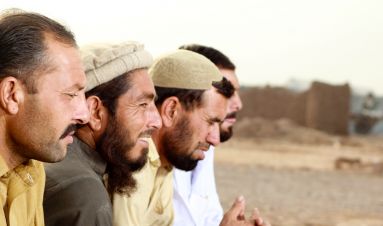