Effective early warning relies on people and institutions with the capacity and willingness to engage in prevention and response to conflict at multiple levels.

It is those living in closest proximity to insecurity who are the first to detect and respond to threats and manifestations of violence. However, on the whole international and national priorities in conflict prevention, development and peacebuilding do not take this into account.

In order for internationals to contribute more effectively to locally driven conflict prevention initiatives, a shift in thinking and resources is needed to focus more on local agency, process and relationships.

This report captures the main experiences and findings of the Capacities for Peace project. Implemented by Saferworld and Conciliation Resources, the project worked with local actors to enhance the effectiveness of early warning and early action in 32 conflict-affected countries.

“Identifying conflict threats has to be about more than systems and tools; it needs to be underpinned by relationships of trust that enable people directly affected by violence to raise their voice and to act.”

Early warning in the Horn of Africa 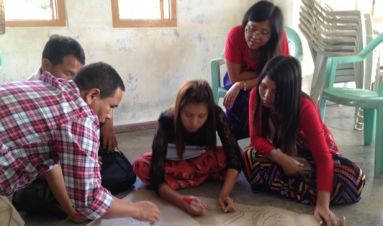