Syrian refugees in Turkey: challenges to and opportunities for longer-term integration

The Syrian conflict and humanitarian crisis, entering its fifth year, has driven a large influx of refugees into Turkey. As of January 2016, the official number had reached 2.6 million, making the country the largest host of Syrian refugees. Turkey has faced large migration flows from across the Middle East region in the past—Iraqi Kurds, Bosnian Muslims, and Afghans, for example—but never before in these numbers, or for this extended period of time.

Around 90 per cent of Syrian refugees in Turkey live outside camp settings in urban areas, mostly in the south east of the country, as well as large cities such as Ankara and Istanbul. While Syrians fleeing the war have been hosted in Turkey under temporary ‘guest’ status, the need for broader adaptation to the growing refugee crisis has become apparent as the conflict continues. Significant issues for the longer term settlement of Syrians refugees are their social and economic integration, and the importance of anticipating tensions with host communities.

Saferworld together with partners PODEM, Baytna Syria and ORSAM organised two workshops in December 2015, in Gaziantep and Ankara, bringing together representatives of civil society organisations (both Turkish and Syrians), researchers and practitioners, local and national level authorities, and international actors to discuss the challenges posed by Syrian refugees' presence in Turkey and the opportunities to address their longer term integration. This workshop summary provides an overview of the discussions, including perspectives from Syrian actors on these issues, and a number of ways forward to better deal with their integration.

Download Syrian refugees in Turkey: challenges to and opportunities for longer-term integration

“Syrian refugees in Turkey are becoming increasingly disillusioned by the lack of clarity regarding their legal status in Turkey and consequently their future prospects.” 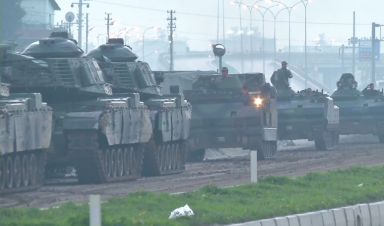 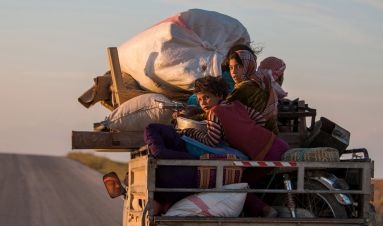