Tajikistan:  the impact of labour migration on internal peacebuilding dynamics

Tajikistan is the poorest country in Central Asia and is still affected by multiple internal challenges, a legacy of 1992-97 civil war. The country attracted international attention in the aftermath of the 9/11 attacks, when the international military coalition in Afghanistan sought to secure political support and logistical routes in the region and to prevent a spillover of the conflict. Later, the prospect and then the actual withdrawal of the International Security Assistance Force from Afghanistan generated a lot of interest and debate, notably with regards to potential risks for Central Asian states, and especially Tajikistan given its geographic proximity with Afghanistan. While analyses differ on the relevance of the spillover threat from Afghanistan into Tajikistan, one external factor seems to be more pressing for Tajikistan’s stability and development: labour migration.

A stagnating economy and lack of employment opportunities in the country, among other reasons, led more than one million Tajiks to seasonal labour migration - primarily to Russia - as a survival strategy. However, the geopolitical and socio-economic challenges Russia is facing is causing many to question whether labour migration to Russia is a viable source of income. And although labour migration has provided a certain level of stability to the people and the government of Tajikistan, a severe economic crisis and political stagnation within the country risks putting its already fragile social, economic and governance structures under more strain.

In the framework of the European Union-funded ‘Capacities for Peace’ project, Saferworld accompanied a group of civil society organisations from Tajikistan to analyse dynamics around labour migration in the country. This briefing provides an overview of workshop discussions, as well as follow-up research (in Dushanbe, Khatlon, Gorno-Badakhshan and Sughd regions), between June 2014 and September 2015.

“...labour migration influences Tajikistan’s social, economic and governance dynamics in many ways and, as such, is critical to the country’s resilience and fragility.”

Syrian refugees in Turkey: challenges to and opportunities for longer-term integration

Radicalisation and extremism in Kyrgyzstan: perceptions, dynamics and prevention 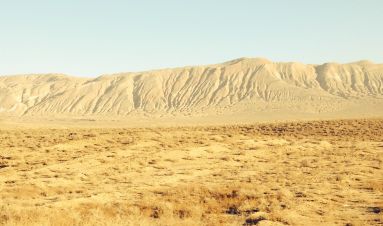