The securitisation of aid?

Both in countries where fragility is widespread and in those that are more stable, there is a moral case for ensuring aid effectively addresses the insecurity many poor people face.

To date, the international community has had only mixed success in this regard and so the recent focus on conflict and security within the development agenda is to be welcomed. But many worry that the attention being given to these issues is motivated less by a concern for ordinary people and more by the perceived security interests of donors, one aspect of what is often referred to as the ‘securitisation’ of aid.

This briefing is aimed at the UK’s development community and does two things:

Firstly, it distinguishes between the potential for ‘securitisation’ to influence, on the one hand, where and why aid is allocated and, on the other, how that aid is used.

Secondly, it sets out a ‘developmental’ approach to meeting poor people’s security needs and calls on the UK’s development community to champion such a positive vision through its advocacy and programming.

Leading the way on gender, peace and security 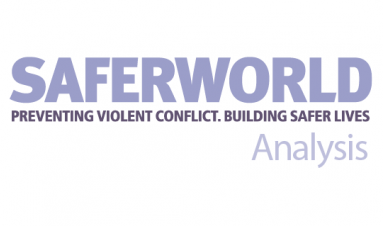