Inclusion of all Yemeni voices, including those of youth and women, must be an integral feature of all stages of the transition process in Yemen, not just an end goal. This is a key recommendation emerging from Saferworld consultations with Yemeni youth to capture their views on long-term peacebuilding in the country. The findings are summarised in this briefing which also recommends stronger, better co-ordinated and more transparent international engagement to end violence and secure a rapid and peaceful transition.

This briefing draws on consultations with young Yemeni men and women from diverse backgrounds in four major cities during the uprising against President Saleh's regime and aims to provide policy makers with local perspectives on the events and on how international involvement in the country can be improved.

“In the past, women were not allowed to participate in protests. It was considered eib [shameful] for a woman to give a speech to men. Now you see women giving public speeches and spending the night in the square. These are very big changes.” 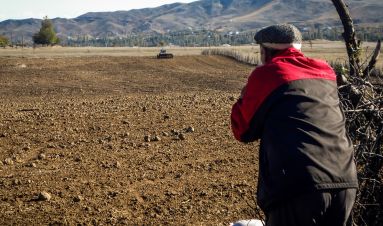