Early warning and conflict prevention by the EU

Learning lessons from the 2008 post-election violence in Kenya

This report looks at the way that conflict early warning, as well as other conflict-related information and analysis, was taken into account, processed and acted upon by EU actors in Kenya before, during and after the post-election violence at the end of 2007- beginning 2008.

It makes a series of recommendations for how the EU and other actors can improve their approach to early warning in Kenya. The second purpose of the report is to identify the other local, national and international actors involved in conflict analysis, early warning and peacebuilding activities in Kenya, the challenges they face and the opportunities to overcome them. In that respect, the report highlights a people-centred early warning-early response model which empowers conflict-affected communities to identify their main security threats and to respond to them in a constructive and peaceful way.

The report draws on research and interviews conducted throughout 2011 in Kenya and Brussels with EU staff, as well as with key informants from some Member States, the United Nations Development Programme, various non-governmental organisations and local civil society organisations. It also draws on two regional workshops organised within the framework of the project and the bringing together of in-country early warning practitioners. It is one of eight case studies developed under the Initiative for Peacebuilding – Early Warning project, Improving Institutional Capacity for Early Warning cluster. This is part of a three year project funded by the European Commission to strengthen conflict prevention mechanisms within the EU, and especially to better link early warning to early action.

Find out more about the Initiative for Peacebuilding - Early Warning

“In Kenya, there is no shared understanding of, or sense of belonging to, an EU early warning system.”

Early warning and conflict prevention by the EU: Learning lessons from the 2008 post-election violence in Kenya 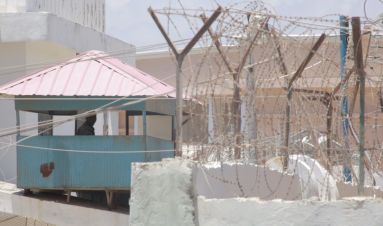 Conflict and UK aid in Pakistan