Assessing the risk of violence in Timor-Leste's 2012 elections

A turbulent history and sporadic episodes of violence have left the population of Timor-Leste vulnerable to a risk of political violence around the 2012 election period. This research was carried out in the run-up to the parliamentary and presidential elections in 2012. Parliamentary elections will take place on 7 July 2012.

This is the third time the population will go to the polls in national elections since independence and whilst overall, political processes have been peaceful, the analysis has found that there are considerable unresolved issues and underlying drivers of conflict that increase the possibility of election violence.

The final section of the report provides detailed recommendations for policy and programming in four key areas:

“Usually during the campaign period there is provocation between parties which can cause conflict, but the victims are always the people.” 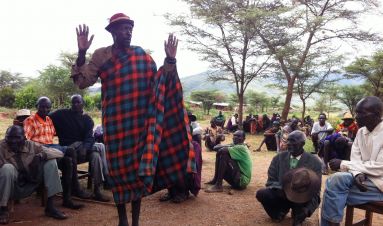 Tracking key conflict and security dynamics in Karamoja - an update